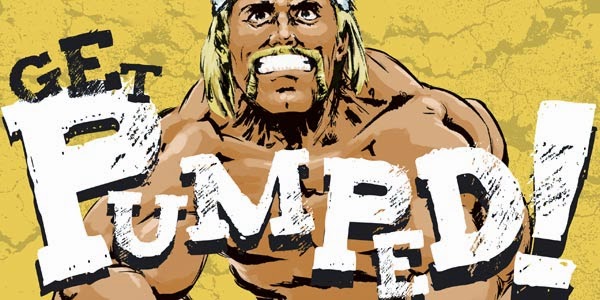 Imperial Armor 4, Second Edition has brought some incredible new toys to the Nids!
Reecius here from Frontline Gaming to talk about the new Nid beasties! Check out the Tactics Corner for more great reviews.

Despite my and many other's Nerd Rage about so many of the negatives with the Nid dex (which are well documented, no need to go back into it), I still love playing my bugs and have stuck at it, writing some lists I have been both enjoying and having some good success with, too. However, some of the issues Nids have been facing with 7th due to core rules changes have been dealing with heavy armor, midfield synapse, squishy support units, and (ironically) the inability to fight some of the other, nastier assault monsters they find themselves lined up with.

Now, let me qualify that before anyone reading this scratches their head wondering what I am talking about.
In the tournament meta, which can vary quite a bit from local metas, mobile shooting armies and hyper durable deathstars tend to be top dogs (although deathstars have thankfully been toned down quite a bit in 7th). In the face of crazy firepower, many of the traditional Nid assault monsters don't make it across the table very easily. This is further exacerbated by the fact that the rules always force you to "set-up" a charge by moving into position, such as dropping down out of swooping mode, no charges after infiltrate/scouts/outflank/etc.

Therefore, many bug lists have gone shooty as they can pack in some really respectable firepower on durable, affordable TMCs. And, since they are now scoring models, Nids don't need to worry too much about investing heavily into troops. That said, Nid troops aren't bad (although my poor Genestealers still languish!) they really don't do too much heavy lifting.

As shooty TMCs are still MCs, they pack a punch and will beat up on most other units in combat. But, with the nerf to Smash, often middling WS and Attacks of 3, shooty TMCs are not exceptional at busting heavy armor or fighting other nasty monsters or walkers like they used to be.

Venomthropes are a great way to keep your big guys more durable and get upfield, but they are really easy to kill, especially by anything that ignores cover (damn you SMS!! lol). As a result, you often have to hide them which can limit your mobility and movement options. 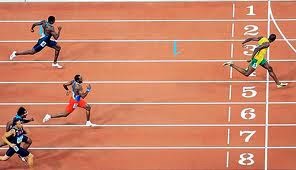 Flyrants--the go to HQ choice--are exceptional but they tend to outpace the rest of the army, leaving gaps in the Synapse web, and they often die early in the game as they are such high priority targets. Zoenthropes provide midfield Synapse and are affordable, but they don't add too much outside of the occasional useful psychic power or Warp Blast and, again, die pretty easily. A 3++ is cool, but the Zoey dies to small arms just like 2 Marines. Tervigons can be good in this roll but are pricey, don't hit that hard without investing even more points and they either take the place of a Flyrant in the valuable HQ slots or you have to pay 120pts for 30 Gants to take them as a troop. Not bad at all, but it is a big points investment for a pair of units that may often not do too much, and while they do take objectives, everything in the Nid book does that now so comparatively, that advantage is not what it was last edition.

What this all adds up to is situations where you can find yourself with support units hanging back to stay hidden and safe, but mobile Flryants too far forward or dead and your midfield bugs languishing a bit in the middle, struggling to deal with heavy tanks or other assault beasties, outside of the Synapse and support web.

These are not insurmountable issues at all, but, they do make it harder to play Nids than most armies. All that is about to change! Forgeworld has come along with a series of Nid units that are just fantastic, top to bottom. For almost every issue I just listed, there is now a solution. 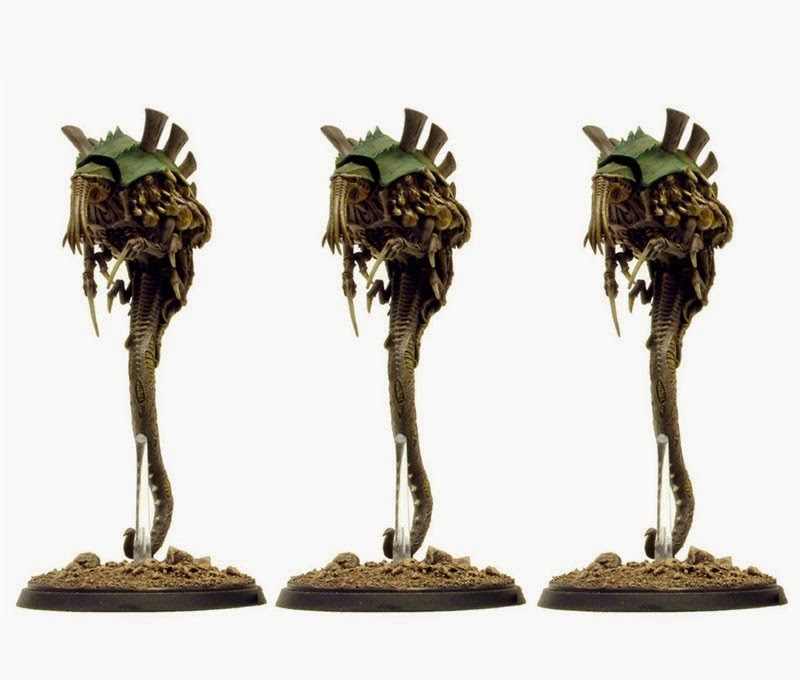 First and foremost, the Malanthrope jumps out at me as an absolute all-star unit. He fills so many gaps, I imagine we will be seeing him in a great number of lists. So to give a rundown of why he is such a stud, he moved to the Elites slot (no longer competes with other HQs) comes in broods of 1-3, and has become a Synpase creature! The fact that he is T5 with 4 Wounds and a 3+ alone makes him incredibly appealing. Add on to that that he has Regen, and, wait for it, provides a 6" shrouded bubble like a Venomthrope? Good night! What a bad ass.

And that isn't even the end of it, he also has poison 2+ attacks, Toxic Miasma, fleet, move through cover, prey adaptation and he has the potential to nerf enemy units in assault by lowering their attacks and initiative. The icing on the cake is that they are cheap! 5 points less than 2 Venomthropes whom they really overshadow (although a single, cheap Venomthrope is still good for protecting backfield units). The Malanthrope is an all around incredible support unit that isn't terrible in assault. He can advance with the army, keep them buffed and in synapse and fight with them when he arrives on the other side of the table.  He contributes something at every stage of the game and his only downside is that with so much awesome coming from a single model, he will be a high target priority. Good problem to have! 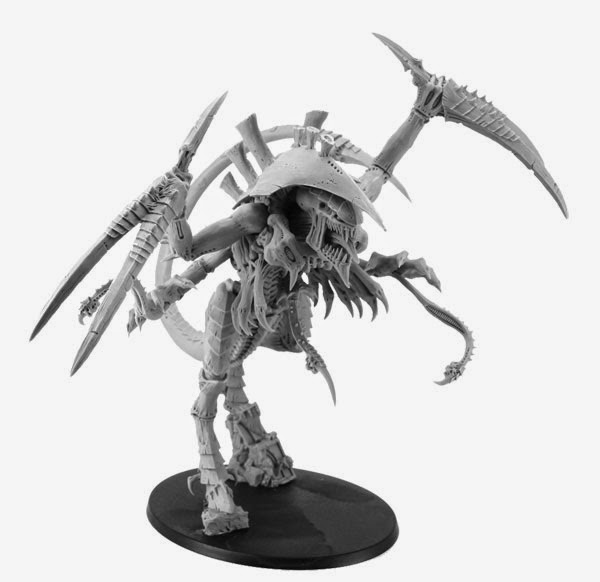 The next big bug on the block is, of course, the Dimachaeron. Besides looking cool, he is a true beast in assault and has decent odds of getting there, too. He has a host of special abilities, rules, attacks, and cool goodies. He's like a Lichtor TMC on roids. His stat line is impressive, boasting WS8, 6 wounds, initiative, strength and toughness, LD10 a 3+ and 5 attacks. That's solid on its own, but he also has two sets of combat weapons which for Nids equates to an extra attack, and he has Rampage. This beast can get 10 attacks on the charge, and HoW....and his special attack....for 12 possible attacks...which is crazy...but wait folks, that's not all!

The Dimachaeron also has a host of extra melee weapons with specialized purpose. His Grasping Talons give him +1 strength which means on the charge with his Adrenal Glands, he is strength 8! That is brutal and helps a lot to deal with any target, even heavy armor where volume of attacks will strip hull points off of AV14. However, that is not his ideal target.

He has a Spine Maw attack, too, which has a special rule where if he rolls a 6 to hit, he gets an additional strength +4 hit at I1 on his target at +4 strength, AP1! If this results in destroying an enemy model, the Dimachaeron gets a plasma token for each wound the model had. These give him FnP 4+ for a game turn per token! Nice. The only downside is that this attack cannot target Extremely Bulky or larger models. Still, it's a cool bonus that helps him to stay alive after he makes it into combat.

Alternatively, you can have him use his Sickle Claws which do not give a strength bonus, but they do cause instant death on a 4+ to wound! Wowzers. Talk about a murder-machine!

The Dimachaeron also moves in an interesting way. It is a Leaping TMC, which is new. It moves 6" (with Fleet from Adrenal) but it can ignore intervening terrain like a jump trooper. If he doesn't use his leap to move, it gives him HoW attack +1S and Strikedown.

And, he is really reasonably priced! 2 Thunderfires is what he weighs in at which, for what you get, is incredible. The poor Trygon is weeping bitter tears of jealousy! Best of all: he's a Fast Attack choice. Wow. So, so, so good.

Downsides: He isn't Fearles, lolz, and he doesn't have grenades, will have a massive target on his head. Eh, you can't have it all, I suppose.

In all though, this is the assault beast Nids needed. He is tough, hits like a mack truck, can fight a variety of targets, is fairly durable and looks cool. He will also murdalate most other MCs with ease. Two big, big thumbs up on this bad boy. We will be seeing a lot of him, I do no doubt it. 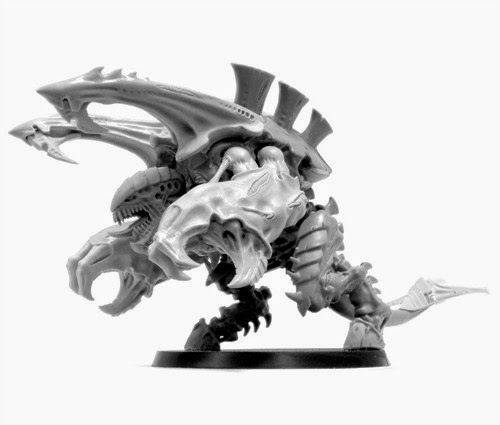 The third amigo is the Stonecrusher Carnifex. He is a stud, and I have always loved this model. He was pretty overpriced but now he is just right. He weighs in at the cost of a Dakkafex, and compared to a normal Carnifex he has about the same stats but +1 Strength and -1 attack. However, don't fret, he is a big boss.
You can now take Stonecrushers in broods of up to 3, which is nice. Instead of his old 2+, he now gets a cool rule where any ranged attacks are effectively -1 strength against him which helps to reduce the amount of wounds he takes. His armor also gives him the very cool Chitin Rams, which make his HoW attacks AP2! And Carnifexes get D3 of them, which is sweet. Plus, against vehicles and buildings he gains Armorbane! Boom! Against non-swooping MCs, he gains Monster Hunter! Very nice. I also love the imagery of this guy just smashing through tanks, very cool.

He has two options for HtH. He can take his standard Wrecker Claws which are AP1, and reroll failed armor pen (at strength 10!) and gives him +1 on the damage table vs. Fortifications. That is savage! If you can get the little muscle man into assault with a tank, that tank is likely gone. This is nice vs. things like Knights, too, as it hits at I10! 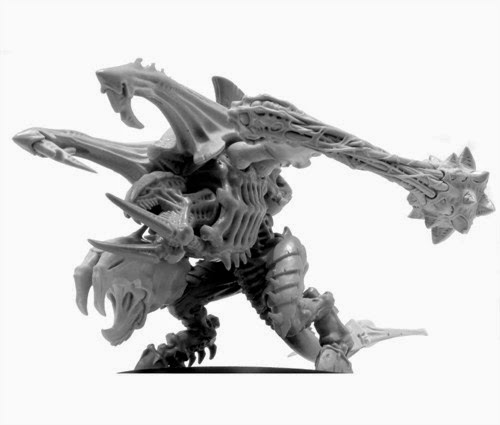 His other weapon option is the Wrecker Claw and Flail. This gives Sweep Attack which allows the Stonecrusher to exchange his normal attack stat for a number of attacks equal to the number of models in B2B. Brutal, but, they are also instant death attacks! Haha, wow, at strength 10, no less. That is--obviously--really solid.

The only downside to the little badass is that he is slow, and 4 wounds goes fast. However, if you get him there, he will do work against the right targets.

Nid players out there, be happy. Forge World has come in and given us some much needed tools. These units bring a ton of utility and good old fashioned muscle to Nids lists which will help increase list diversity and allow them to stay competitive! Well done, Forge World!
7/24/2014
Unknown