This is a Brutal Tank. The New Primaris Gladiator. 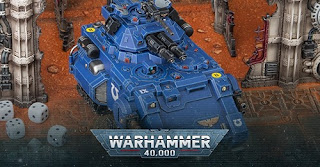 The New Gladiator is a serious tank. Do not take this one lightly as it can come with an incredible number of devastating weapons. The more I look at it though, the more I want to kit bash some treads!

Pre-Orders start on the 28th!

The Gladiator is entering the arena of battle! Archmagos Dominus Belisarius Cawl has been fervently continuing his quest to outfit the Primaris Space Marines with the best weapons, armour, and war machines in the galaxy. This brutal armoured behemoth is the first dedicated battle tank to emerge from his forges on Mars. In this article, we’re taking a look at the key features of the brutal new Heavy Support choice for the Adeptus Astartes. 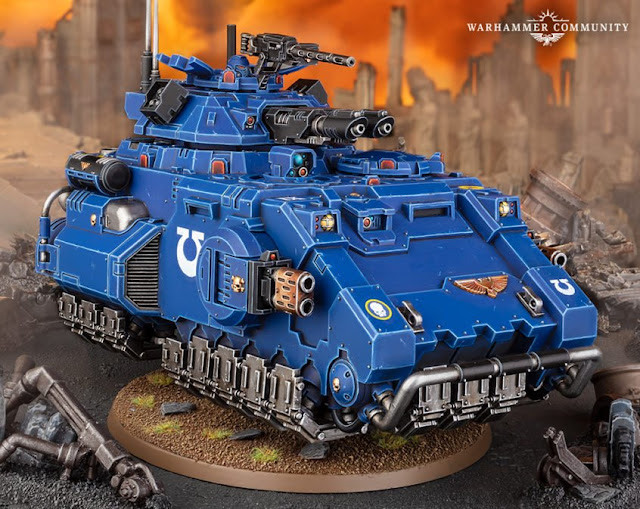 Tracks Are So Last Millennium!

As with the other Primaris tanks we’ve seen to date – the Impulsor and Repulsor variants – the Gladiator uses Repulsor Field technology to drift menacingly across the battlefield. 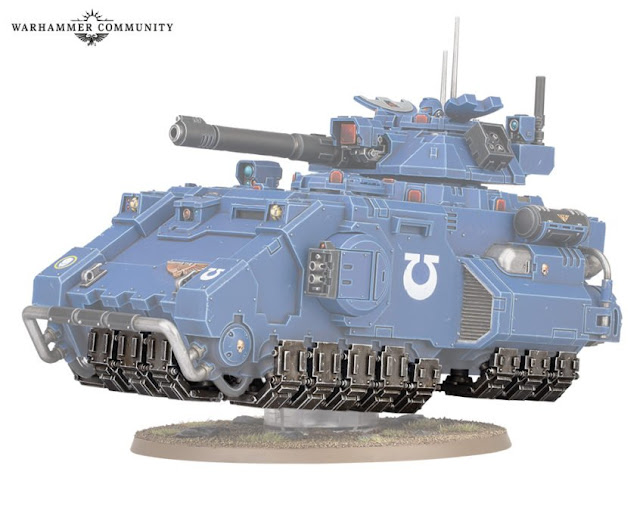 All Killer, No Filler

The Gladiator’s chassis is that of a more heavily armoured Impulsor, with its open-topped transport bay replaced with a fully enclosed hull. 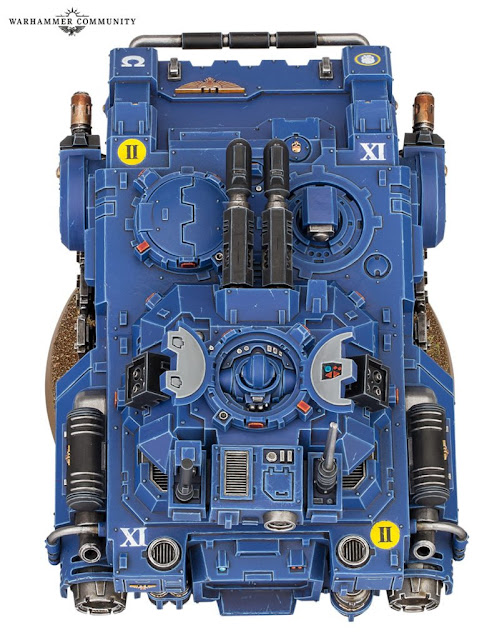 This design relationship mirrors that of the classic Predator battle tank and the ubiquitous Rhino, sacrificing Transport capacity for reinforced armour, a powerful, turret-mounted primary weapon system, and sponsons. 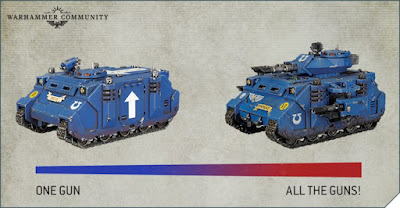 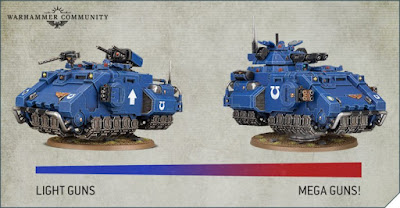 Variety is the Spice of Death!

The Gladiator kit can be assembled as one of three variants – Valiant, Reaper, or Lancer – and each comes with its own combination of formidable turret and sponson weaponry. The Reaper’s twin heavy onslaught gatling cannon and pair of tempest bolters offer this Gladiator variant a level of infantry-shredding firepower that is unrivalled by anything short of a super-heavy battle tank! 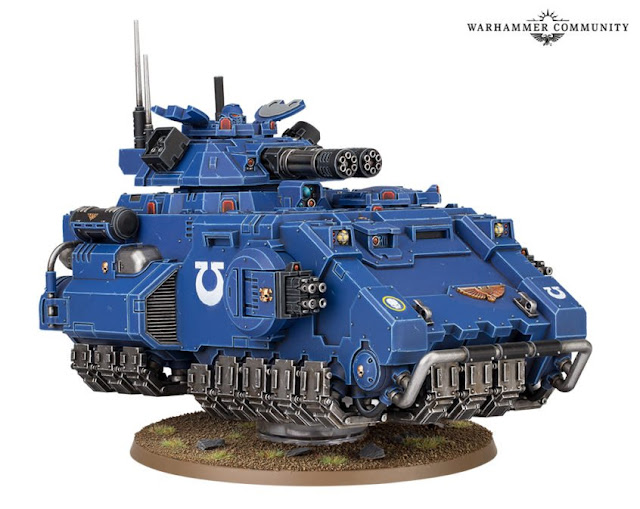 The Valiant pattern, meanwhile, is the most aggressive of the three variants, specialising in close-range, heavy fire support. It can bring down even the largest vehicle or monster with a single, devastating salvo of its twin las-talon and sponson-mounted multi-meltas. 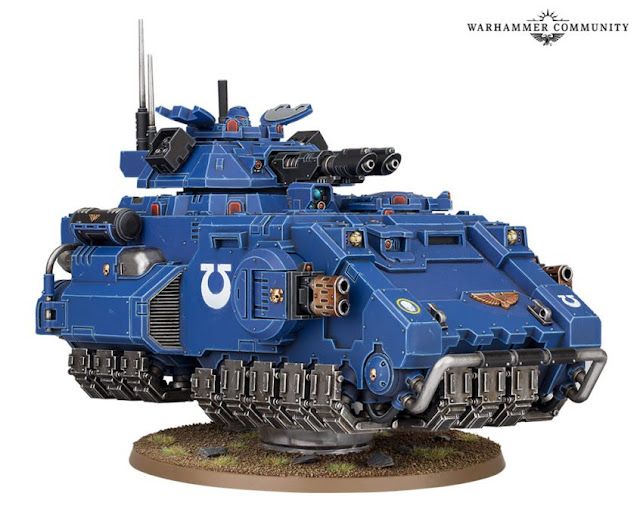 Finally, the Lancer pattern boasts the longest range of the Gladiators, granting it the luxury of effortlessly blasting apart armoured prey from extreme range with its bespoke Lancer laser destroyer. 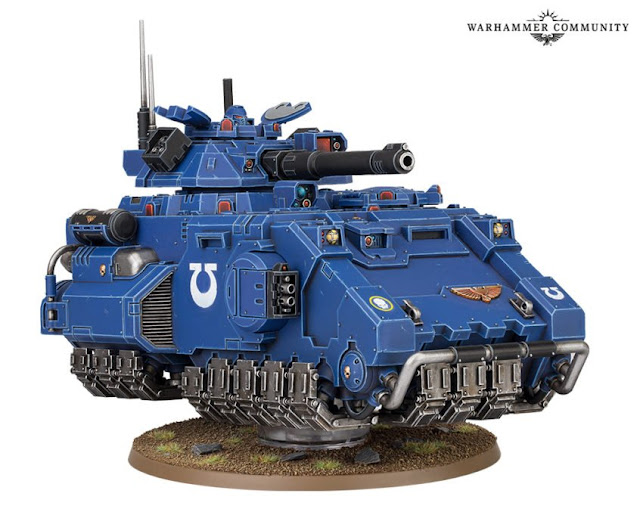 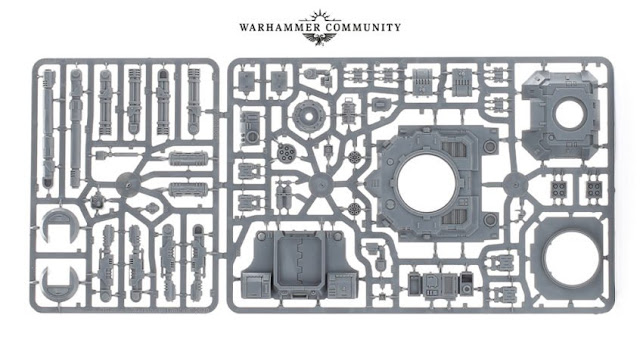 What’s more, the Gladiator looks great in every colour – not just the royal blue of the Ultramarines! Of course, all of the Chapters that can field Primaris Space Marines can include these battle tanks in their arsenal – check out this Gladiator in the colours of the Blood Angels Chapter, for example. 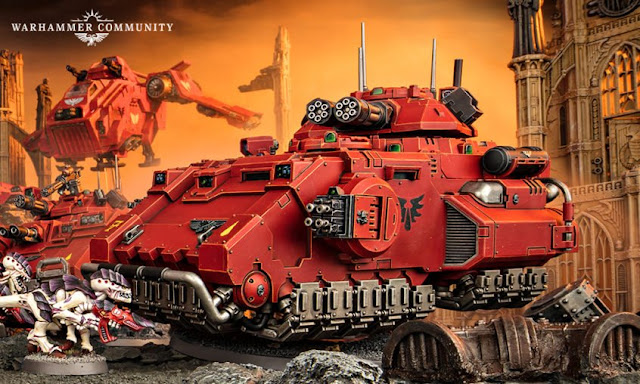 Looks great in every colour!

Regardless of your chosen style of play, there’s a Gladiator to fit the bill! The good news is that you don’t even have long to wait – you can pre-order the Gladiator kit on Saturday the 28th of November