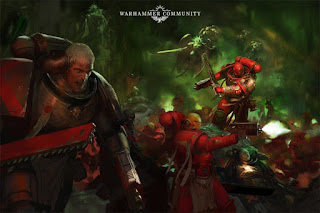 Death Company is getting its 9th edition rules in the new Blood Angels Codex Supplement being released to pre-orders on Saturday. Here is a preview of their new rules from WarCom

"There are three main Death Company units in the supplement – Marines, Intercessors** and Dreadnoughts – as well as two named Characters, Chaplain Lemartes and Tycho the Lost.*** However, you’ll also be able to induct up to one Captain and two Lieutenants in each Blood Angels Detachment into the Death Company. We hesitate to call it an ‘upgrade’ given that you’re essentially consigning them to a violent death, but for a nominal cost in Power/points they certainly won’t hold back on the battlefield." 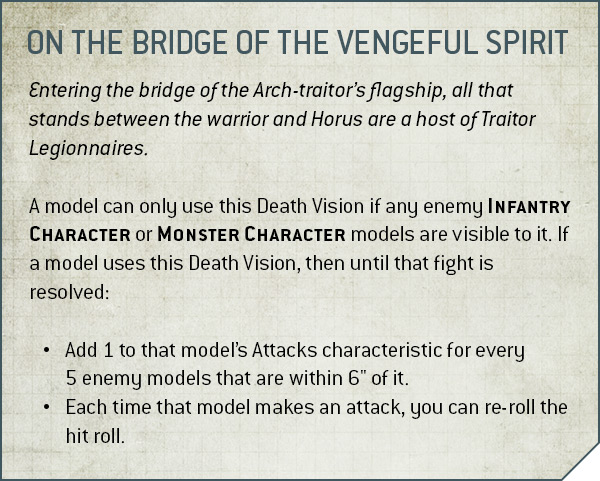 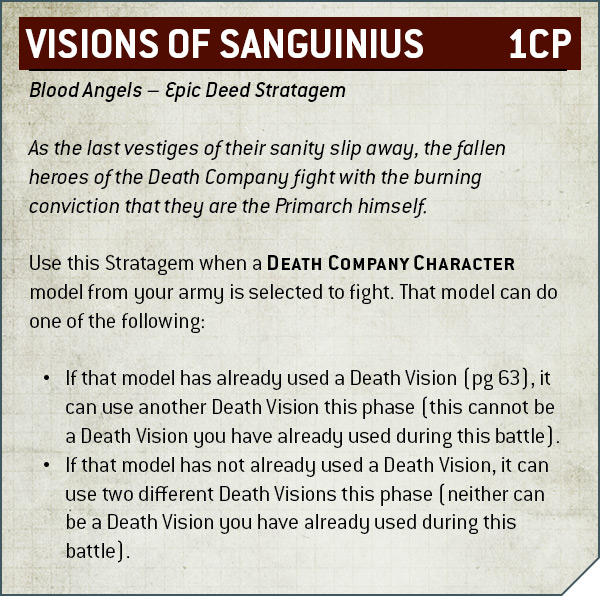 "Of course, the presence of multiple Death Company HQ choices also unlocks the ability to field an entire Detachment – or even an entire army – of just Death Company units."

The Death Company in Crusade 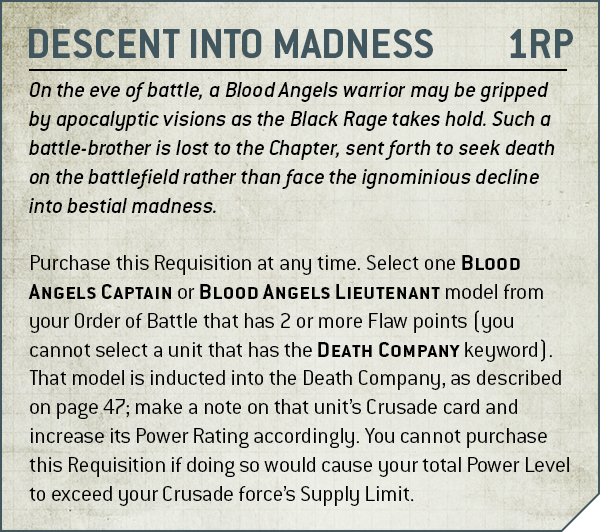 "In Crusade, you can even sacrifice a Death Company unit to the benefit of the rest of your Crusade force. After all, to die in battle before the madness claims them utterly is the ultimate goal for those who fall to the Black Rage, and their death is a lesson learned by all who witness it.| 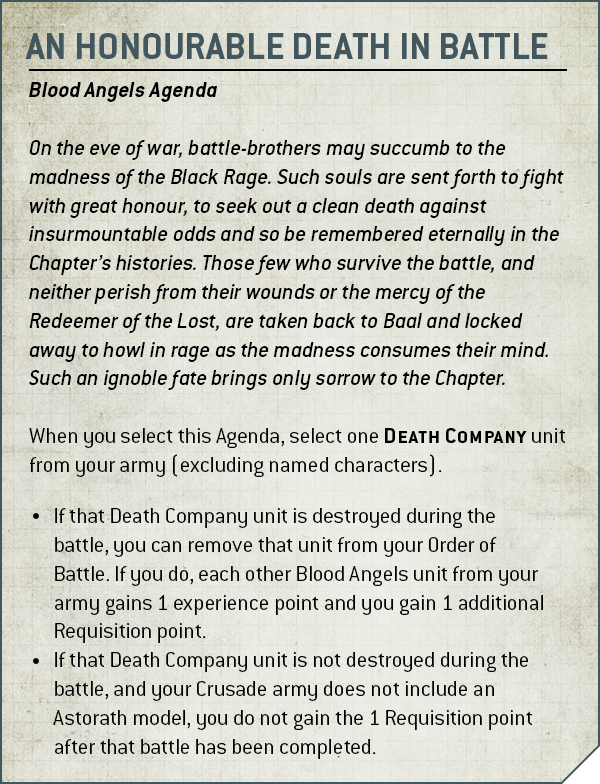