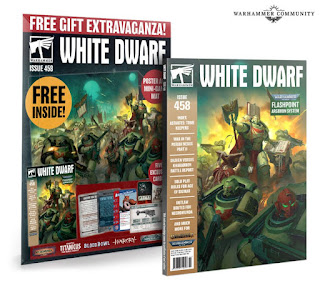 Today a preview of the latest upcoming White Dwarf, issue 458

It’s time to get festive, as November’s White Dwarf is on its way soon, and it comes sleeved with a whole bunch of goodies too! Before we look ahead to what’s in the issue, let’s check out what you get in each physical copy of Issue 458. 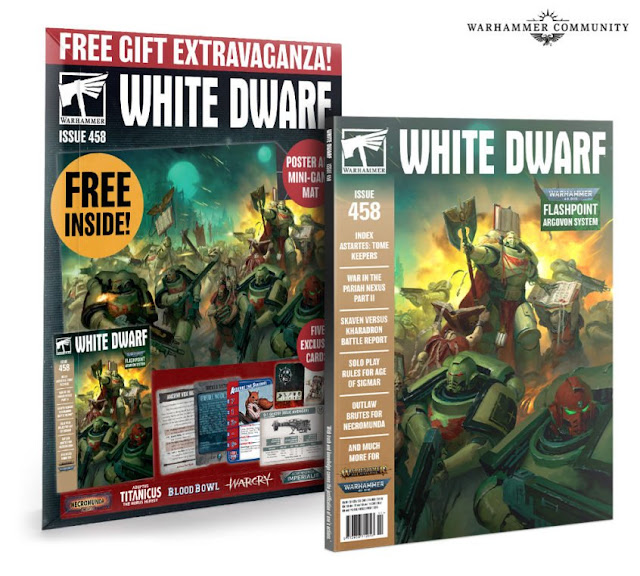 You can look forward to free stuff for the following games: 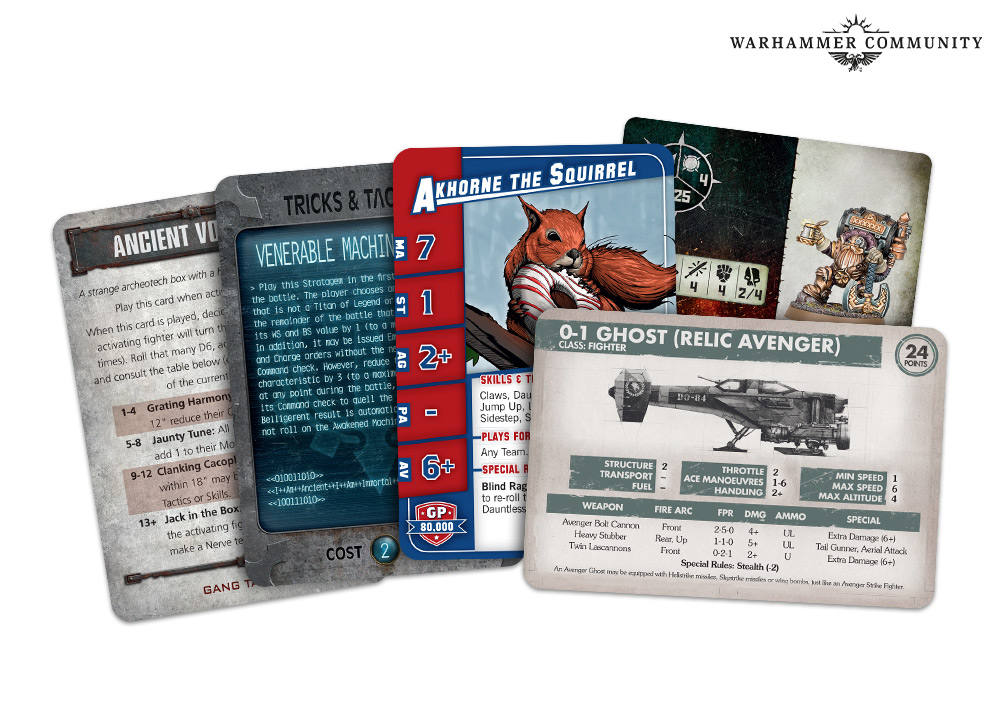 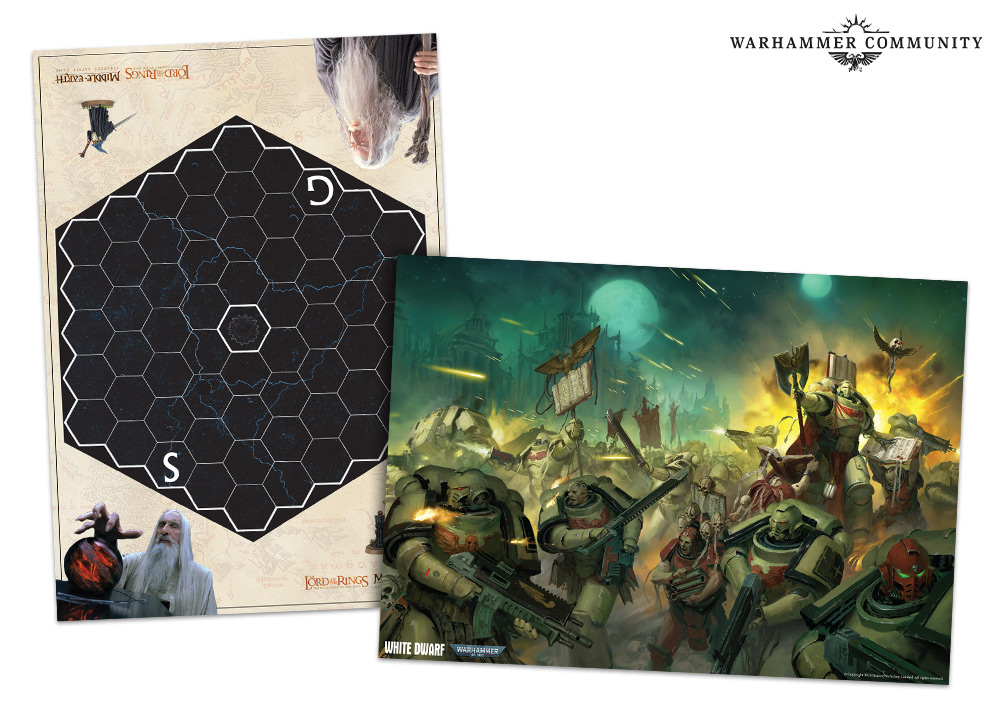 Cool, huh? Now that we know what you’ll find in the magazine’s sleeve, let’s have a look at the exciting contents of this month’s issue. 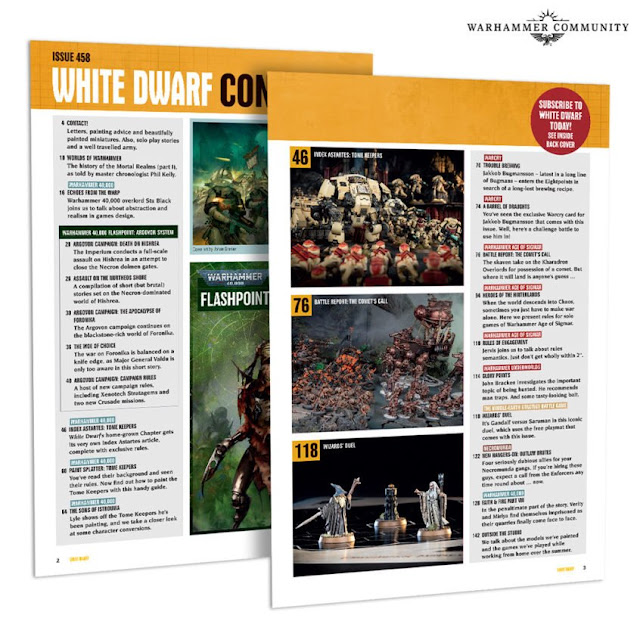 So, what are our top article picks for this month? Let’s start with Warhammer 40,000.

It’s hard not to get excited as the saga of the Argovon System continues to unfold in this month’s penultimate instalment of the Flashpoint series set in this thrilling war zone. First up are two new campaign settings that are being contested in the war-torn region – Hishrea and Foronika. You can also read a short story that tells a nail-biting tale of the war for the blackstone-rich world of Foronika and even integrate new rules into your Argovon campaign. Don’t forget, there’s still even more Flashpoint content to come next month too! 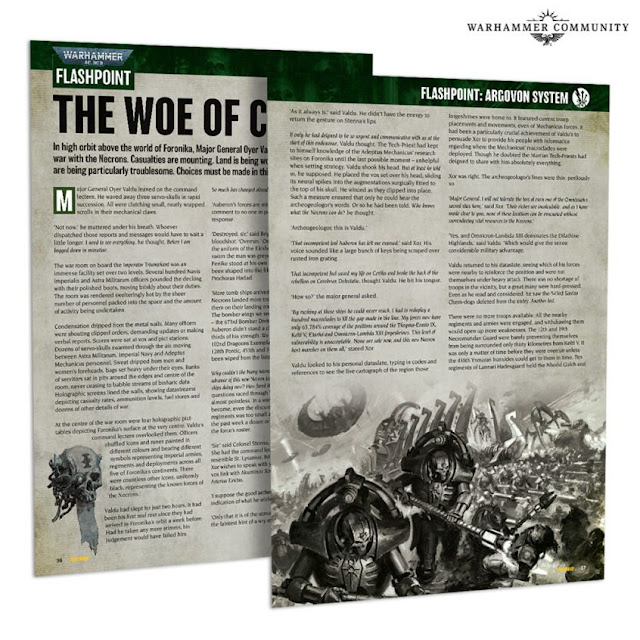 For this month’s Warhammer Age of Sigmar pick, we’ve got the perfect balm for anyone stuck at home.

Heroes of the Hinterlands

With some form of lockdown likely, imminent, or very much happening in many places around the world, we’ve got the perfect solution… solo gaming! That’s right, the Warhammer Age of Sigmar team, led by games design legend Jervis Johnson, have cracked the code and created a way to fight battles by yourself, unlocking the door to countless hours of entertainment. That’s a blessing from the God-King, right there! 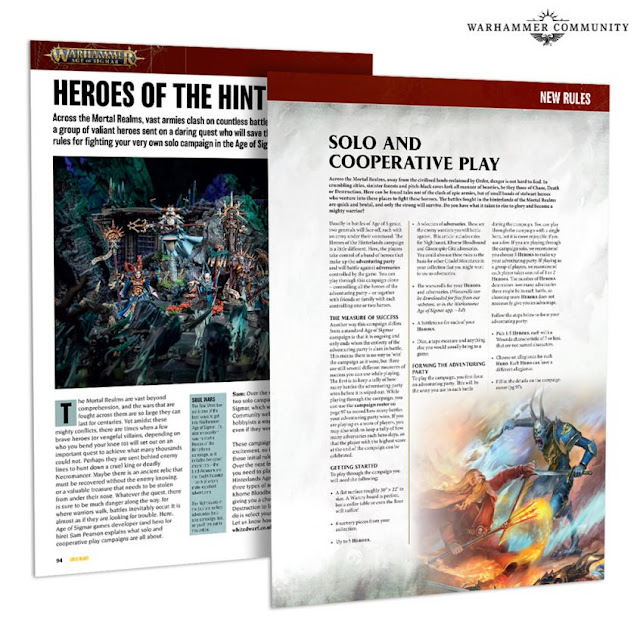 Finally, for our wild card pick this month, we’re heading across the sea to Middle-earth – more specifically, to the Tower of Orthanc in Isengard…

The idea of duelling wizards has always been a popular trope within the high fantasy genre, and we have J.R.R.Tolkien to thank for that! A mini-game in this month’s White Dwarf captures the essence of the short but fierce magical duel fought between Saruman the White and Gandalf the Grey in the Lord of the Rings: Fellowship of the Ring™ movie. Will you exert your power and authority over the upstart Grey Wizard or defy Sauron’s new pawn and emerge victorious with Gandalf? Grab yourself a physical copy of Issue 458 for the gaming mat included and find out for yourself! 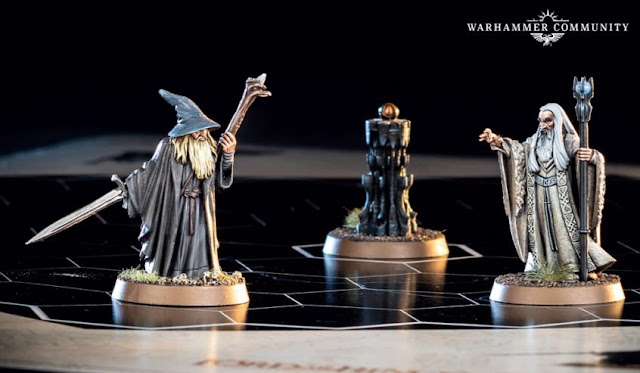