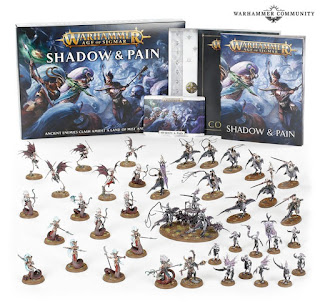 An official unboxing of Shadow and Pain.
via WarCom
https://www.warhammer-community.com/2020/11/04/shadow-pain-unboxed/

Ancient enemies clash in the latest battlebox for Warhammer Age of Sigmar, including two new Heroes that can currently only be found in this box. Up for pre-order this Saturday, Shadow & Pain pits a band of mortal and daemonic warriors devoted to Slaanesh against a zealous coven loyal to High Oracle Morathi. Let’s take a look at what’s included in the box. 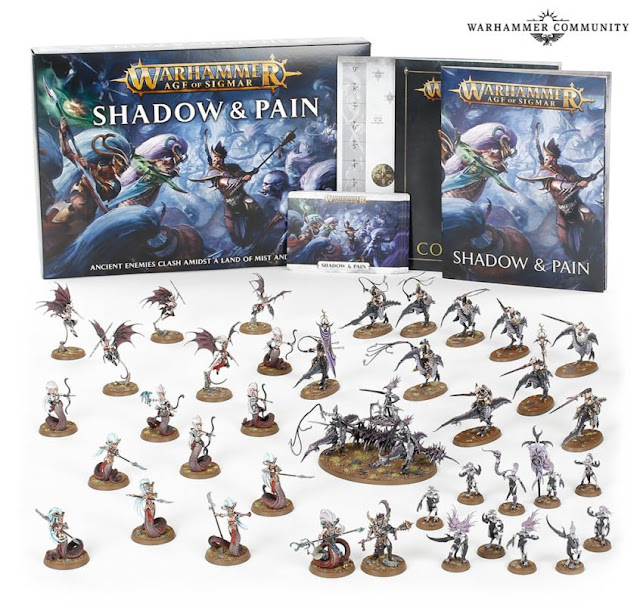 Each force is led by a new Hero model, and they’re both absolutely amazing. First, let’s look at the new Lord of Pain – a champion of Slaanesh armed with a massive, cruelly spiked soulpiercer mace. 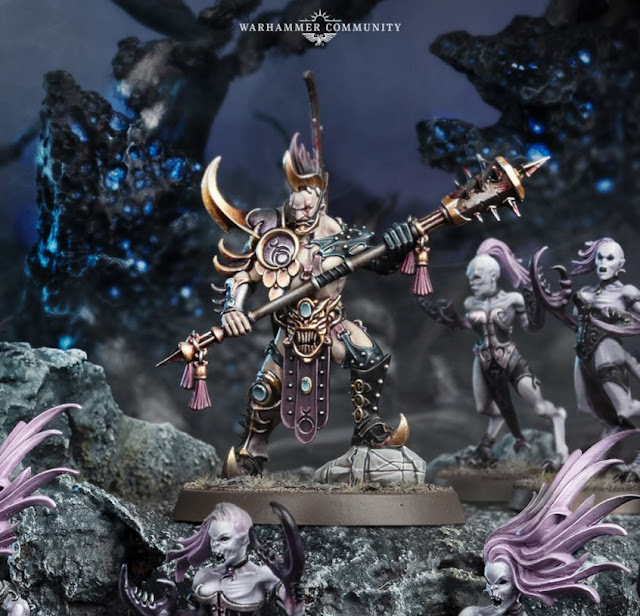 These depraved warriors are inured to pain – indeed they revel in it. On the battlefield, they can share their wounds with their attackers. How generous! 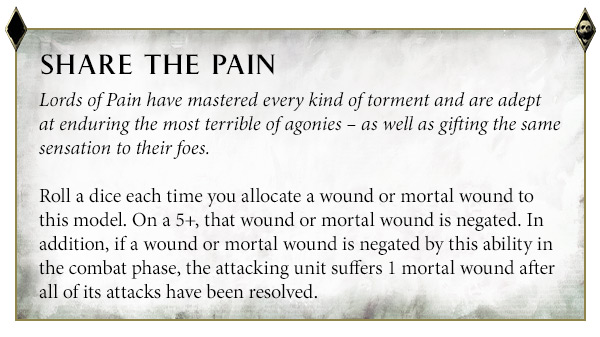 Not ones to relent in the face of danger, the Daughters of Khaine are led by a new Hero of their own – the Melusai Ironscale. 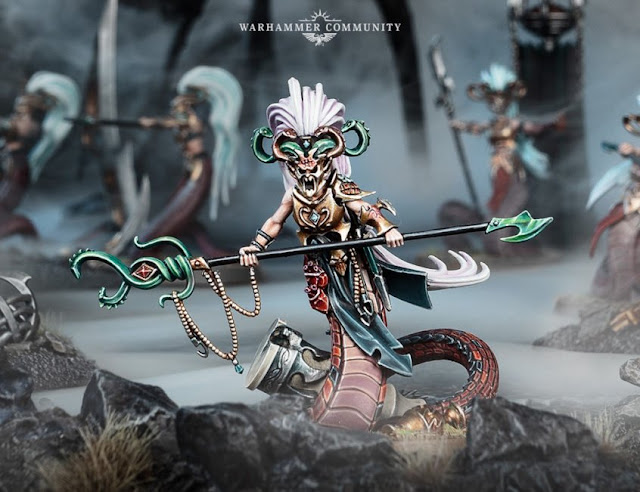 Crafted from the souls of aelves that burn bright with the need for revenge, an Ironscale’s touch alone can turn enemies into crystal statues.

They also wield a keldrisaíth – an ornate staff that can be thrown as well as used in close quarters, making them a threat in melee and at range. What’s more, their savage displays in combat can drive nearby Melusai into a frenzy, represented in your games by the Gory Offering ability. 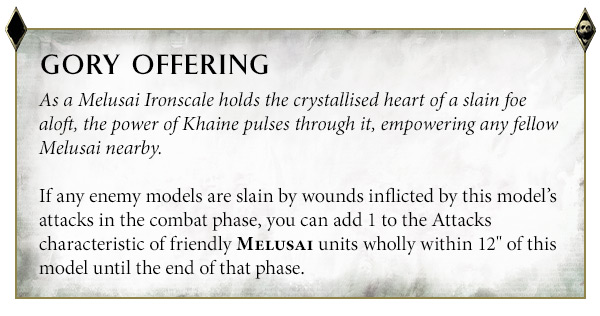 These new Heroes lead two starter armies for the Hedonites of Slaanesh and the Daughters of Khaine. The contents will let you create two named warscroll battalions, but the full kits inside can be built however you like in order to swell the ranks of your existing armies. 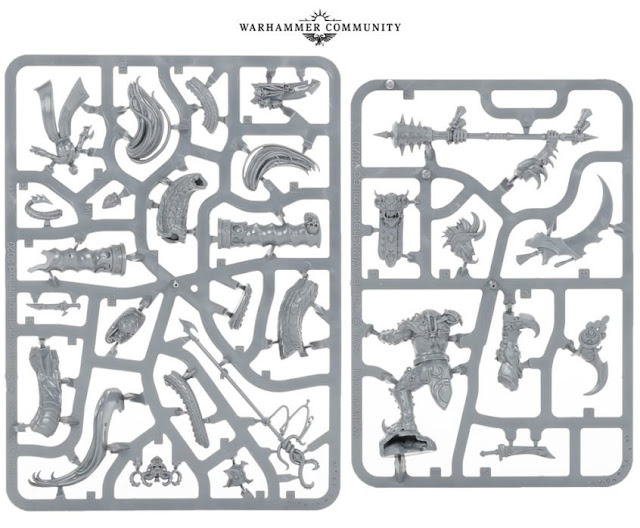 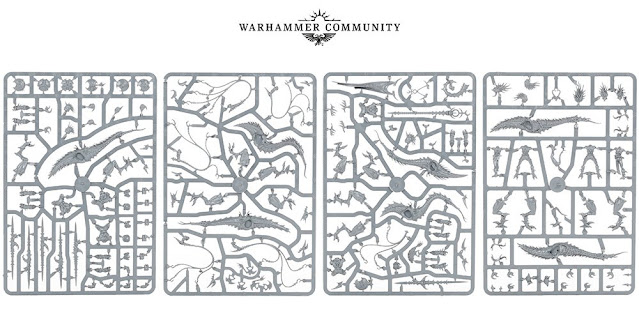 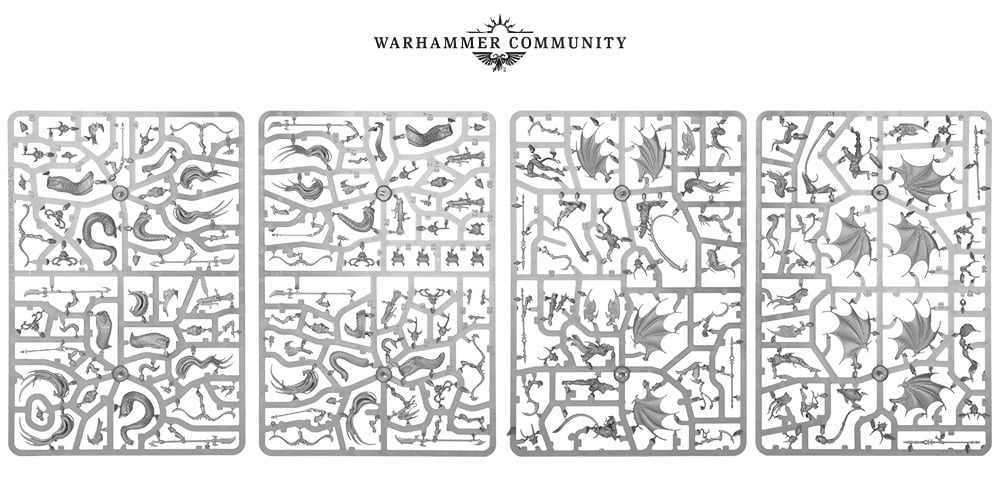 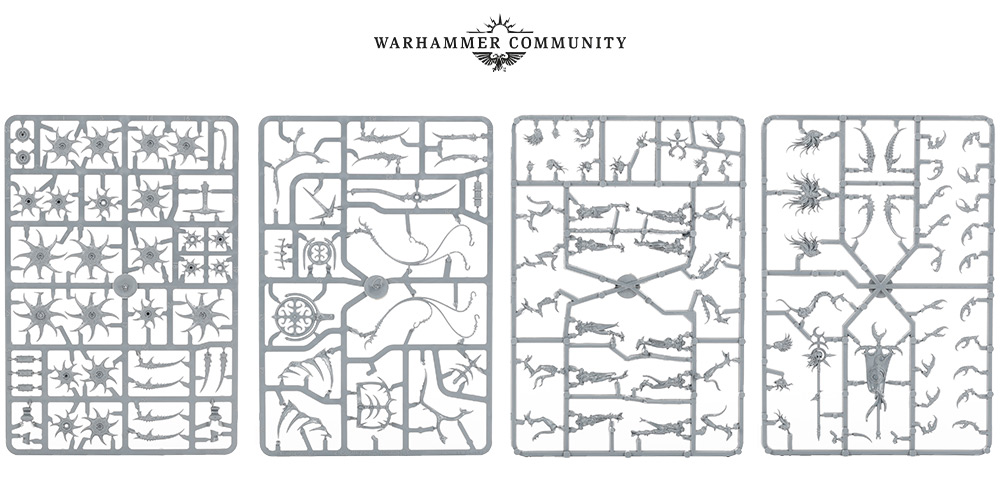 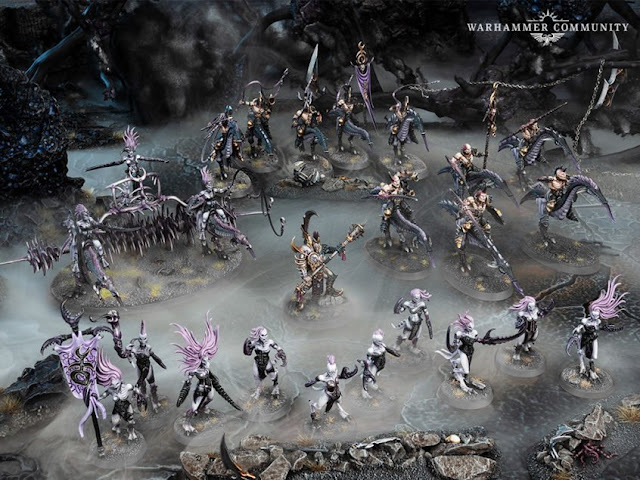 The disciples of Gestharyx are a highly mobile force, utterly dedicated to Slaanesh – and they’ll stop at nothing in their quest to find the Dark Prince… 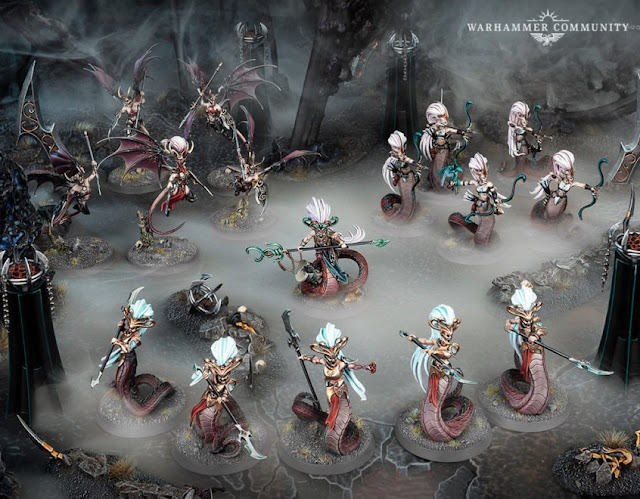 These warrior-zealots have been charged to defend Morathi’s domain, enduring wounds that would lay low less devoted Daughters of Khaine.

War in the Shadows

The 40-page booklet included in Shadow & Pain details the desperate fight between these ancient enemies. 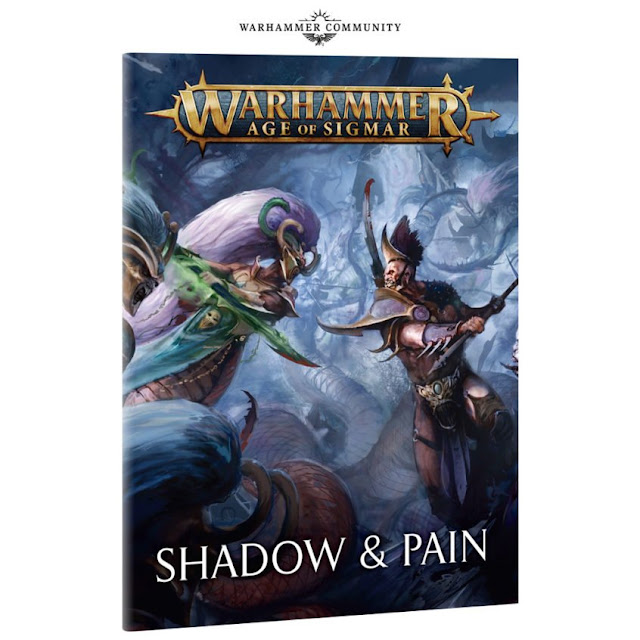 You’ll find rules to fight battles in a new region of war, amazing background and art, and three battleplans to recreate key moments of the story. You’ll also get a full set of warscrolls along with the warscroll battalions, along with updated pitched battle profiles so you can make full use of everything in the box. 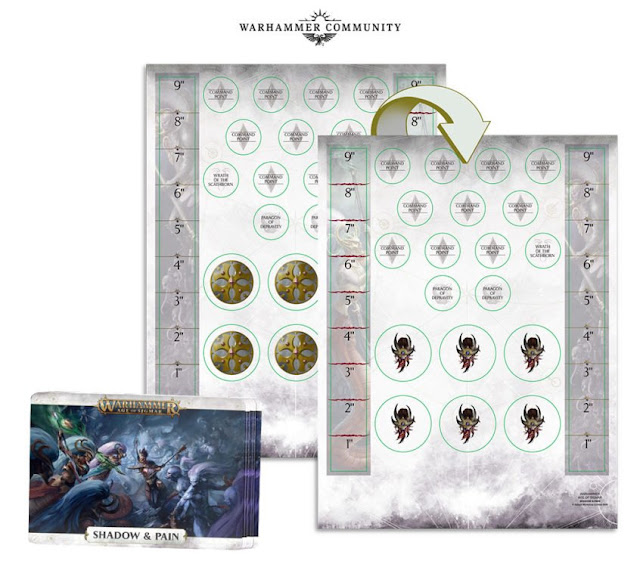 Speaking of rules, the box includes a booklet of core rules for Warhammer Age of Sigmar, as well as a set of counters, reference cards, and handy tokens and measurers. In short, grab some dice and you’ve got everything you need to play some games right out of the box!