The Genesys Project Updates- The End Game, Reptilia, and More 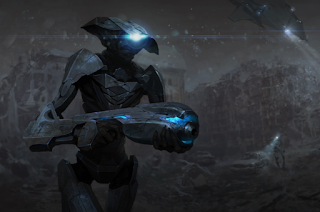 We are 5 days in and doing quite well and close to being funded. In making that push we are in the latest Kickstarter weekly Bulletin under Miniature Games on page 18, and are working to get notice on many other sites to spread the word.

It's time for a call to action to help push us over the funding level so that we can start working towards our stretch goals. Spread the word and excitement for both new ages of the game.

Join us on Kickstarter here: https://www.kickstarter.com/projects/thegenesysproject/the-genesys-project-revelations-and-exodus

Have a site that is sharing our Kickstarter Event? Let us know! so we can share it here. 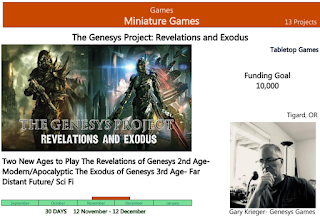 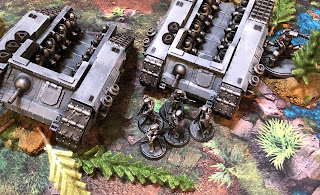 GAMEPLAY VIDEO (IN THE WORKS)
Faction of Robots vs a Humanoid faction.
I also want to make note that we are working on a game demo video that we planned on releasing yesterday, but due to some file inconsistencies (and a large flood here at the office) that video will come later this week. The game was completed on Sunday and whoa was it a close one. Nothing like coming down to the last die rolls of the 6th round! We wont spoil it for you.... but attempts were made to continue the game into what we call the End Game- Round 7.
In the Genesys Project when it comes to close games, either player can extend a game past the 6 normal game rounds by rolling your highest command still alive on the table + die roll to equal to equal or beat Game Round you want to extend the game into.
Command + d6 ≥ Game Round you want to push the game into.
Failing means the game ends 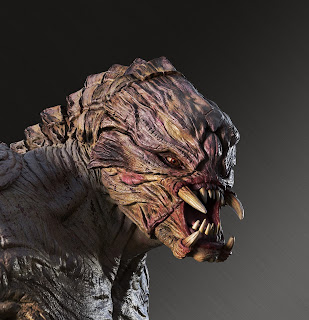 REPTILIA IN THE 2ND AGE
We also want to jump in and share the excitement that is the Reptilia and for the 2nd Age found within the Revelations of Genesys.
The Reptilia in the 2nd Age gain new classes that includes a Gargantuan Level 6 Class that includes a new size category to create some of the biggest monstrosities of the game. Massive Dragons, Kaiju, and other creatures of legend become available with new traits and class options.
Proto-Reptilia are Classes Levels 1-3 that take the ancient Devolutionary Branches further from the primary Lineages of the Reptilia with a solid blend of Monster and Reptilia traits.
Reptilia now have Ancient Bloodlines increasing the strength and power of the bloodlines of the previous age within the domain, and Ancestral Traits which were once restricted to levels 4+ are now accessible to Levels 3+.
Reptilia have a very unique Domain which can expand their access of Humanoid, Fey, Insekt and Monster options depending upon your Lineage, even allowing some to expand to taking another Domain's Classes as their own. This gives you a lot of flexibility on which direction your faction is going in the 2nd Age.
Want to play a more humanoid style Reptilia faction with vehicles and weapons? a more monster oriented faction? one delving into the powers of the Fey, or even becoming an Insekt Hybrid style faction. The Lineages of the Reptilia will take you into new directions and offer a wide variety of factions all within one Domain.
Next we will jump ahead into the Biests who have their own unique outlook on weapon development and uses for monsters.
11/17/2020
Natfka
Kickstarter, The Genesys Project, Top Stories