Home » Crowdfunding » Kickstarter » The Genesys Project » Top Stories » Are You a God? A Look at the Humanoids and Fey in the 2nd Age

Are You a God? A Look at the Humanoids and Fey in the 2nd Age 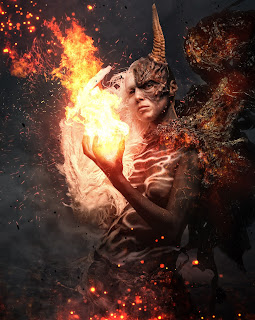 Are You a God? A Look at the Humanoids and Fey in the 2nd Age

I thought it was time to delve into the 2nd Age of The Genesys Project to get an idea of what lies in front of you for that age broken down by the domains. All the domains will be getting new classes, new traits, and new options dedicated to the Modern/ Apocalyptic  Age. Later we can delve into more specifics of each.

Join us for the Revelations and Exodus of Genesys Kickstarter event going on now. Learn more here

There are 5 Domains of Life; Humanoid, Fey, Reptilia, Biest, and Insekt.

Lets start off with Humanoids and the Fey for the 2nd Age, The Revelations of Genesys

If you are new to the game, please see the domain graphics on the campaign to get a base for what these two domains include.

The Second Age of The Genesys Project is one of moving extremes and constant war. Where it was common to have Factions with traits from Mixed Domains, the wars of this age driven each domain to advance to in new directions pulling the Domains further apart from each other. New classes are available for all the Domains of Life and old traits often given something new as we progress into the 2nd Age. 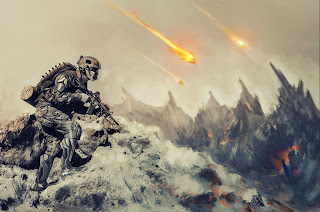 Political upheaval and conflict drive the Humanoids in the 2nd Age to war with new weapons of war and and vehicles. This is a time of technological advancements with modern firearms, advancements in new personal armor, and tanks that can stride openly onto the battlefield.

Leader Classes now carry with them political influence to gain access new bonuses that you will be given access to for no additional point costs. This gives you faction-wide bonuses and new battleplans for the game!

New Weapons include assault rifles, machine guns, cannons, and a whole new slew of weaponry that can be customized to take on the biggest bad guys on the table. While ranged weapons often feel like the biggest part of the Humanoids advancement to the 2nd Age, they also get access to Martial Weapons to get additional bonuses in melee combat.

A wide variety of vehicle classes are available that include standard vehicles classes, but also Military Vehicle classes. These range in Levels but offer everything from armored cars, mad max armored trucks, to military vehicles and tanks.

Humanoids do not gain much in the way of Magic. In fact its a little harder and more expensive to create a faction that uses powers within the Humanoids for this age. Of course the Occult still can be found within humanoids, and anything you bring with you to from the 1st Age. When it comes to religious types magic, the pragmatism of the Humanoid have led them away from revealed powers to Religious Conviction from leaders to gain bonuses on the tabletop.

Of course there is also a new Tier in the Humanoids branches, ever pushing the boundaries of morality right up towards and into the Apocalypse. These push the envelope on humanoid advancements into things like cybernetics, robotics, and more but cost additional Progression Levels to take. 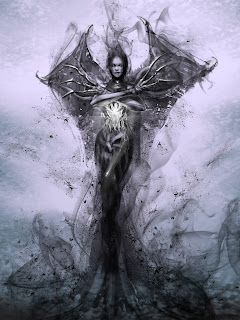 Steeped in magic and energy from beyond reality much technology of the Humanoids are not gained by the Fey. Instead their powers grow, new Spheres appear, and Avatars of the Gods are Created. The heavens beyond reality have fallen into conflict and the Paragons of the Fey strive to achieve unprecedented powers to achieve nothing short of becoming a god.

New Spheres of Influence have appeared in the path of Light and Darkness. Righteousness and Hatred being the most obvious of these two. These two spheres take zealotry to a new level. Those on the side of Righteousness can easily fall into Hatred allowing models with these spheres to take traits out of both! Of course doing so can lead you astray from your Path blurring the lines of Light and Dark.

Technology Appears in new ways among the Fey. This is technology focused and powered by the energy of the fey. Weapons of Light and Darkness (and later of each sphere) appear in the forms of Particle Lance Weapons and Constructs.

The conflicts of the Fey take it to the next level as they fight each other in this age gaining themselves new bonuses from the battles over each other, even gaining additional powers and traits.

The Paragons themselves now step up with the ability to create or shape an existing Sphere of Influence. Here they can forge their own reality within their realms to create a new Sphere unique to them and your faction.

Last that we will discuss here are the Avatars, a new Level 4 Class that focuses in on one aspect of your paragon gaining all their traits and abilities from that sphere. Avatars are powerful vessels that can be fielded autonomously or can even be possessed by the spirit of your Paragon. Interestingly enough you can even field your Paragon in battle AND still posses one or more avatars in battle.

That's it for now. We will talk again soon about the other domains and ages that are part of this release. Just because I know you Reptilia players will be asking for more info and can't wait...... You get a new Level 6 Gargantuan Class that even has its own new size category! and shhhh  dont tell anyone but there is also a Level 7 in the 3rd Age!