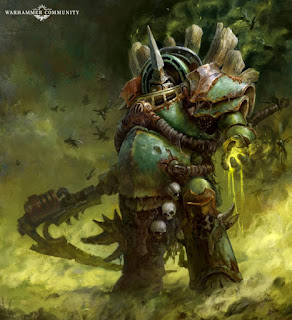 We know that Death Guard are getting a new Codex next month and perhaps from the two we expect they will be coming first? Perhaps even pre-orders starting next weekend?

Of course we know its coming in December from this. Looks like Games Workshop is preparing us for the release with new terrain and a background story for Typhus. 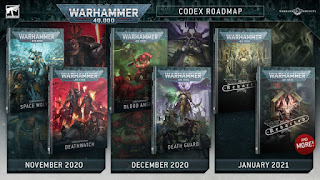 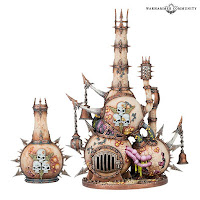 Typhus, the First Captain of the Death Guard, is known as the Traveller so he clearly gets around, but where is he now and what’s he been up to? Today, we’re trying to track down the host of the Destroyer Hive. 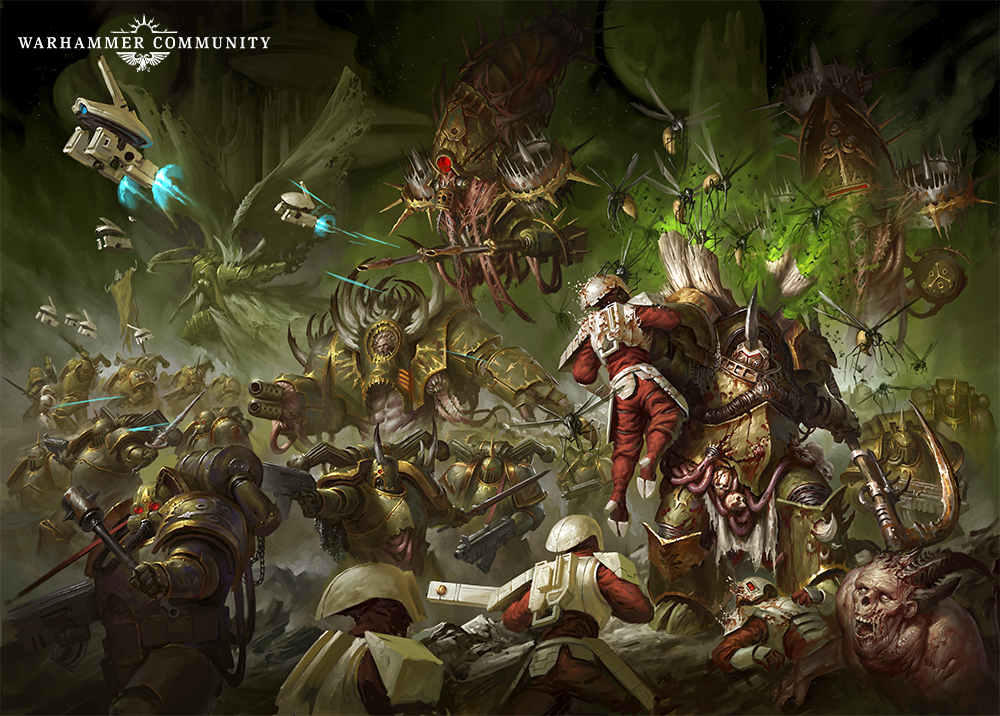 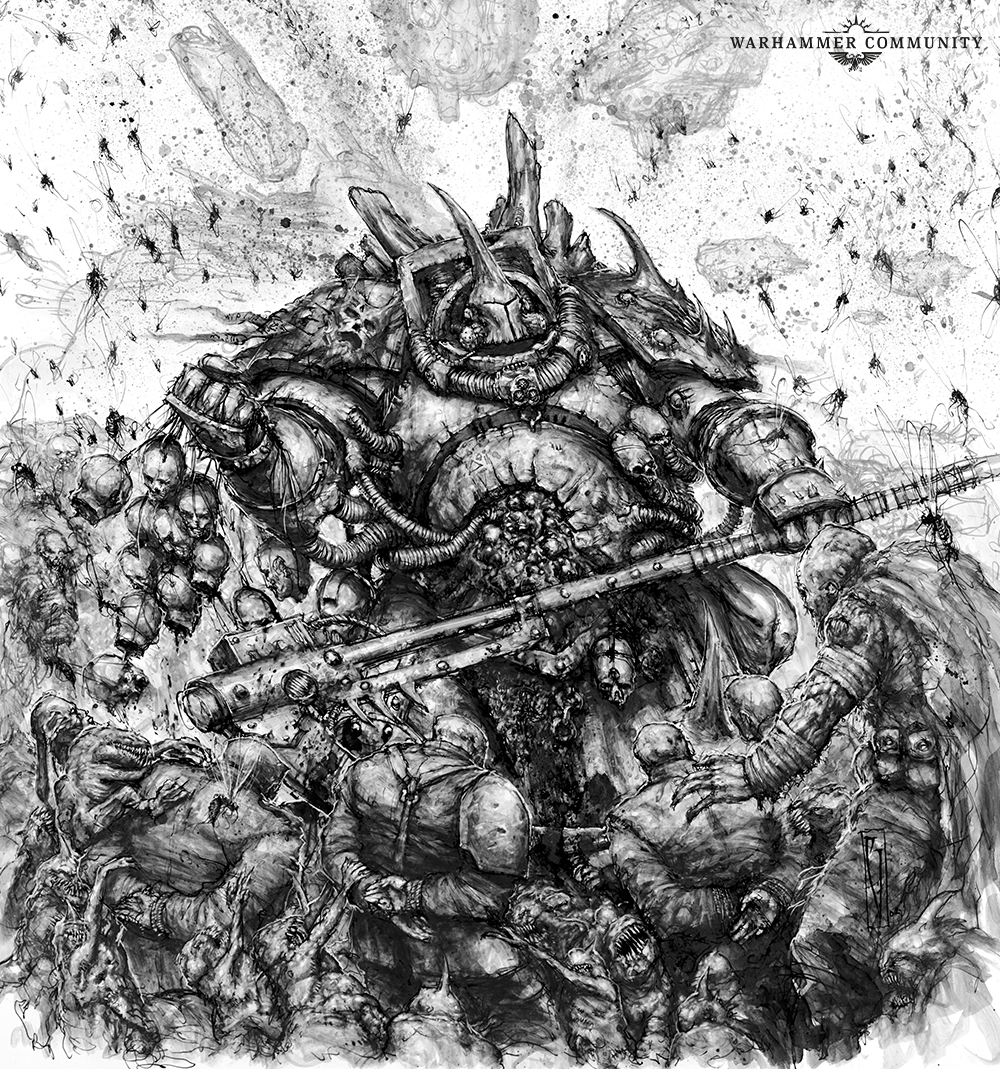 Typhus fought on Terra at the height of the Horus Heresy, and after the Traitors had been routed, he spent the next 10,000 years spreading the blessings of Grandfather Nurgle across the galaxy. It was rumoured that he even managed to visit the Garden of Nurgle itself. More recently, when Abaddon launched his 13th Black Crusade, Typhus was at the vanguard of it, and he personally oversaw the infestation of the holy planet Annunciation.*

The War for Ultramar 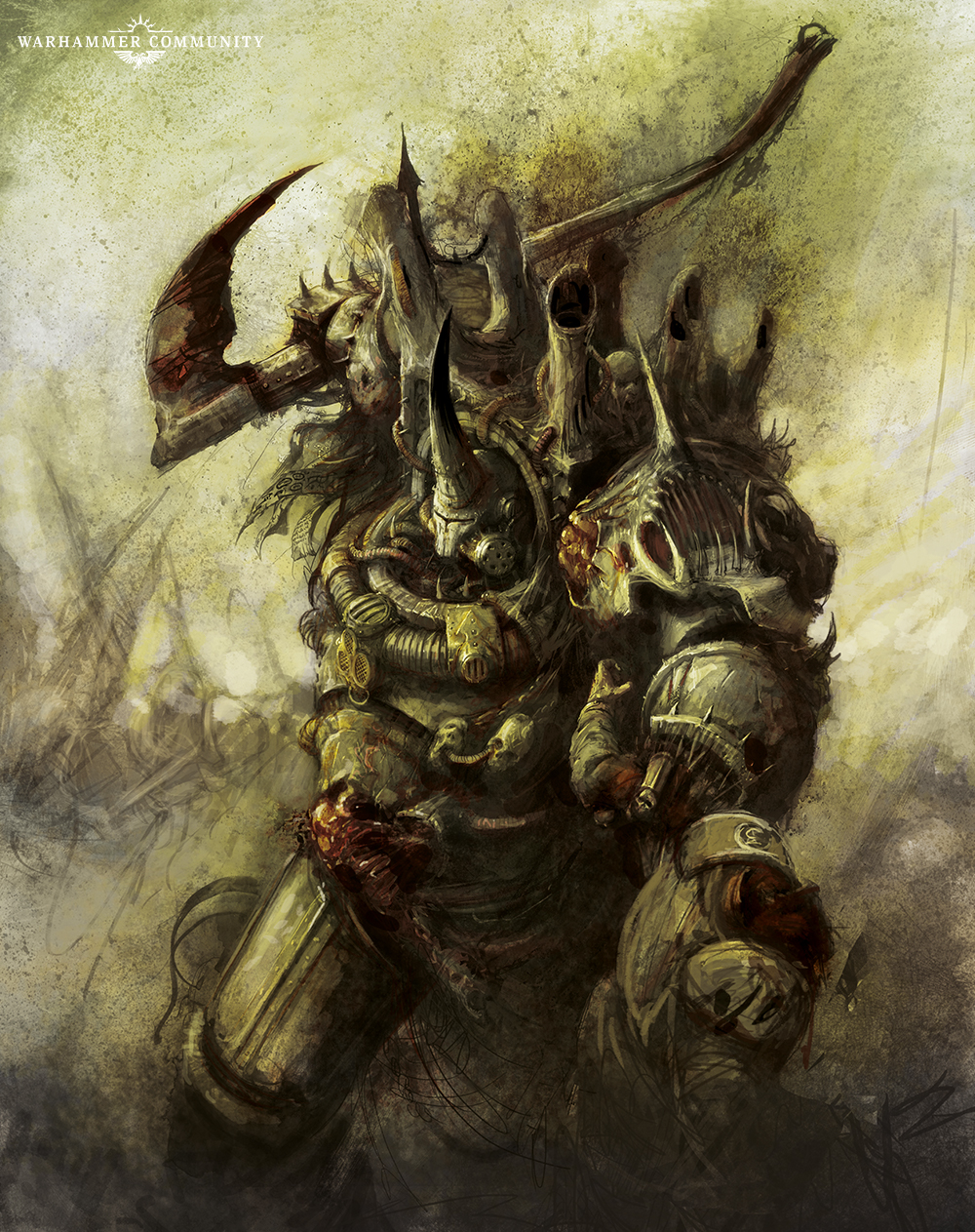 To say that Typhus doesn’t have the best relationship with his Primarch, Mortarion, is a massive understatement.** Still, Typhus followed his gene-sire to the Ultramar system, albeit begrudgingly. Refusing to work directly with Mortarion, Typhus instead led a splinter fleet to the outer regions of the Ultramarines’ domain, spreading death and decay in its wake. Eventually, only the combined might of a resurrected Primarch, the successor Chapters of the Ultramarines, and a Living Saint forced the Death Guard to withdraw.

The War of the Spider 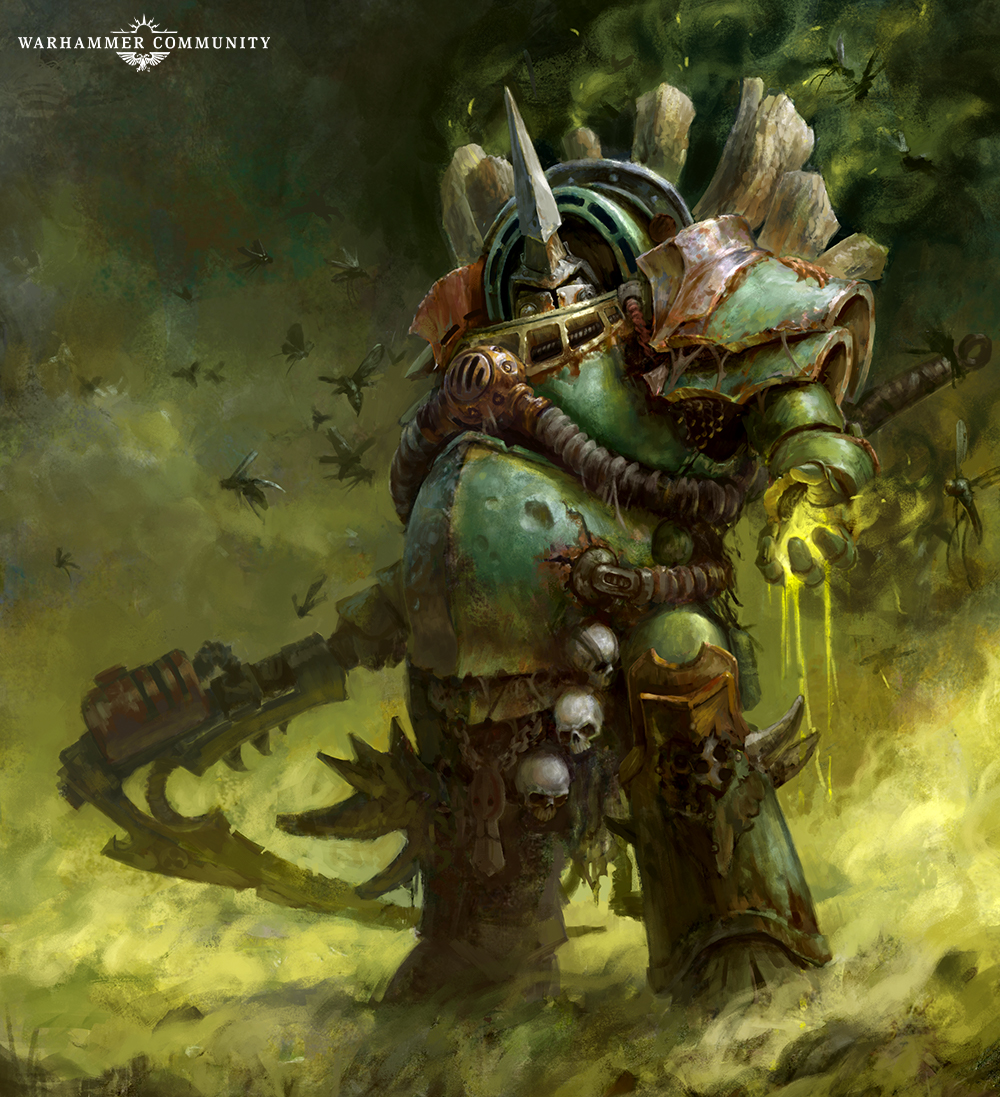 The most recent reports of Typhus in action come from Limaxis. Hot on the heels of Fabius Bile, his forces were ambushed on the planet by Bile’s ally, the Enlightener. Of course, it takes more than that to stop the First Captain of the Death Guard. Unleashing the Destroyer Hive and wave after wave of Poxwalkers, Typhus soon regained control of the battle. The Clonefather still had one trick up his sleeve though and managed to evade the noose that Typhus was tightening around him. With Bile escaping and the Adeptus Custodes arriving in force, Typhus left, vowing vengeance against the Spider. 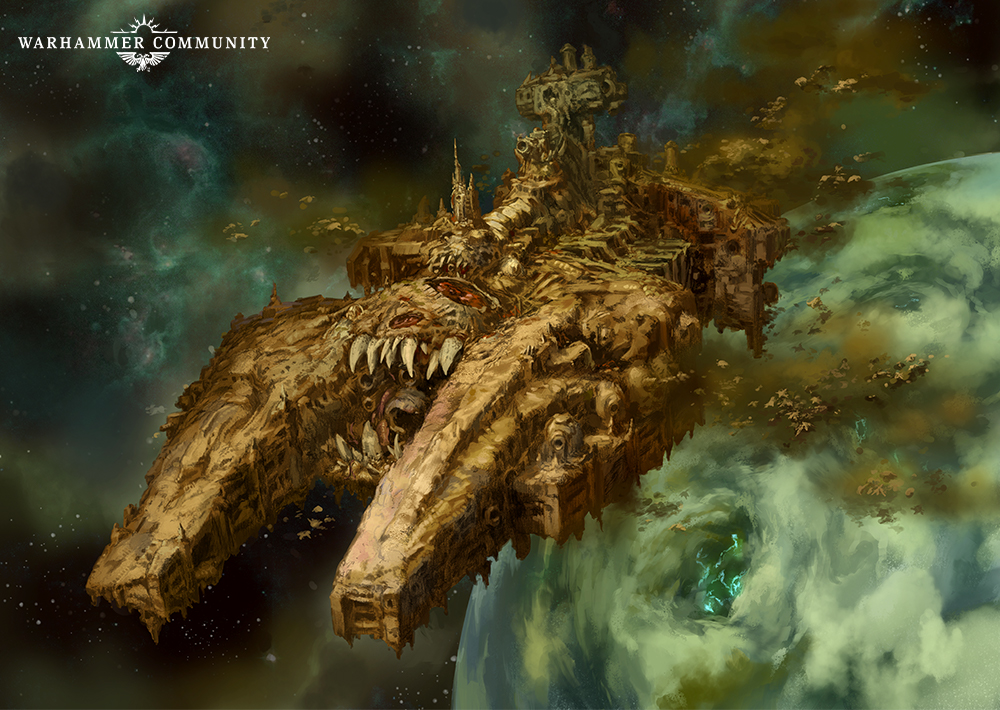 While we don’t know where Typhus is right now, we do know that he’ll be commanding the Terminus Est, his flagship. From the command throne on board, he has caused the devastation of countless planets and was said to have launched the first bombardment during the Siege of Terra. During the Great Crusade, the ship was a proud warship of the nascent Imperium. Ten millennia later, it is something much darker and more disturbing.

Who knows where Typhus will emerge next? We do know that he’ll be back soon, though, with the forthcoming release of Codex: Death Guard – and the Imperium will be in grave danger