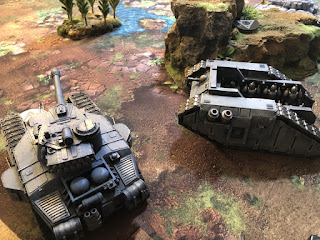 Coming to Kickstarter on Thursday The Genesys Project allows you to design your own vehicles, mechs, powered armor, battlesuits, and so much more. Designing your own tank and variants can take your vehicles to fulfill just about any role on the tabletop you need.

During the campaign there will be a free Demo on how vehicles are created with a look at some of the weapons and options you can take when creating your vehicles.

Sign up to get notified when the launch goes live!
https://www.kickstarter.com/projects/thegenesysproject/the-genesys-project-revelations-and-exodus
Coming to Kickstarter on Thursday
North America 12pm PST and 3pm EST
Europe 8pm GMT
Australia (Sidney 7am on Friday)

Lets take a preview on how Tanks are created:

When you are able to create a new class, you can easily create a new variant of the vehicle you have, or create something new. These classes do not gain traits from gameplay and grow and change in skills, so when you want a new vehicle type you do so from creating a new class. Of course you can also use Engineers to create variants of your tanks once they are created!

Lets jump right in and take a look at creating a Medium Tank. 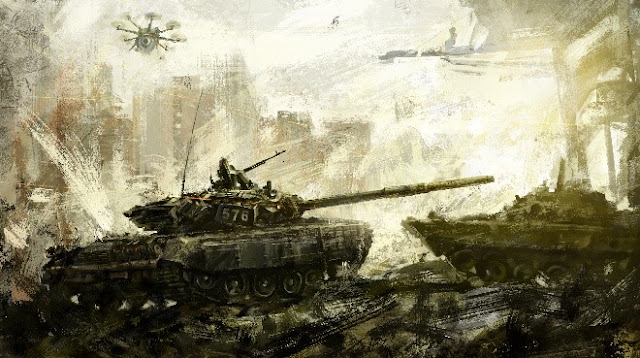 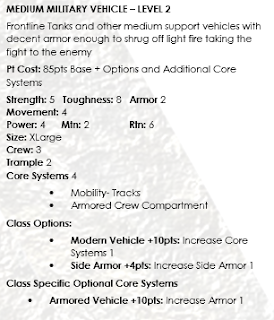 Now Core Systems is where the design of the tank comes in. This medium 2nd Age tank gets a total of 4 Core Systems (which can be upgraded to more through traits and options), and two of those systems are Mobility and the Armored Crew Compartment. This leaves us with two additional Core Systems to add to the tank.
For sake of argument lets add in a Turret Weapon which will take up an additional Core System and lets make it a big one, 120mm Cannon and then add Fire Control Systems to the tank to help targeting.

Core Systems 4
Now there are other options we can take as well for our tank even though we have filled up our Core Systems.
Options: 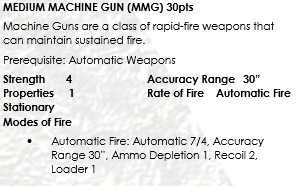 Now because we want our tank to have some other options, lets add a Coaxial Medium Machine gun to the turret. This will be a part of our Turret Weapon Core System, but will allow us to fire either the 120mm Cannon or the Heavy Machine Gun dependent upon the targets.
Another option we are going to go for is a Pintle mounted machine gun up top which does not take up a core system, but of course our gunner could can get targeted (vulnerable to snipers).
So at this point we can stop there as we have a rather versatile tank, but we can go even further and add camouflage to the tank, smoke launchers, track guards, and many other options.
Now this feels like a rather standard tank but there are many more Core Systems and Options you have access to including Reactive Armor, Hull Spikes, Passenger Compartments, Heavy Armor, Side Sponsons, Active Protection Systems (APS) and more. For weapons imagine artillery weapons, heavy mortars, cannons of different sizes, autocannons (even dual and quad), chain guns, and even rotary autocannons.
So if you are not excited for tank battles yet I hope you soon will be.
Look forward to our free Vehicle Design Demo on Thursday when we go live!
For those of you that are already part of The Genesys Project there are enough rules in the demo to take some Light Vehicles and Tanks directly into your games, even testing out some infantry weapons like Automatic Rifles, Assault Rifles and more.
For the 3rd Age, futuristic weapon systems, cybernetic crew, shielding, and so much more take vehicle design to a whole new level. 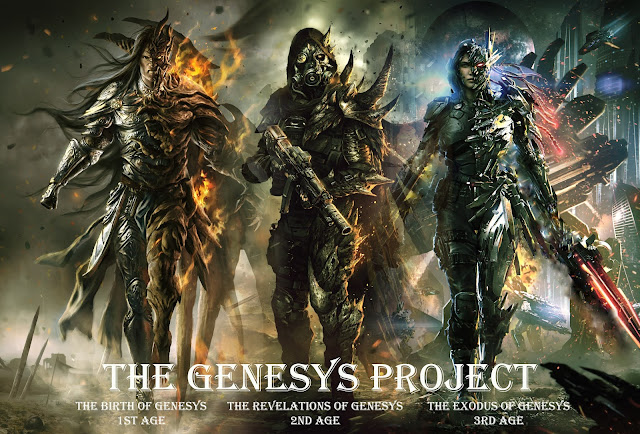 The launch will include two new books; The Revelations of Genesys The 2nd Age, and the Exodus of Genesys The 3rd Age. This takes you from a modern genre to the apocalypse all the way forward into the distant future.