Phyrr Cats Coming to an Underhive Near You- Rules Preview 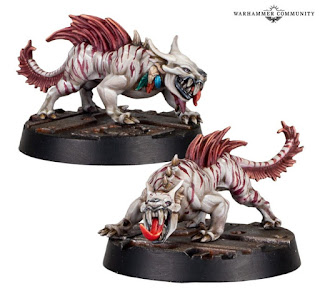 New miniatures coming to Necromunda soon. Phyrr Cats. Lets take a look at what they are.

Grab a seat, we’re about to start your briefing and I’ve got some great news from the Provost Marshal – not only do we get to clean up the scum of the underhive, now we’re on animal control too. So, shut up, open your eyes, and get ready to learn all about Phyrr Cats. 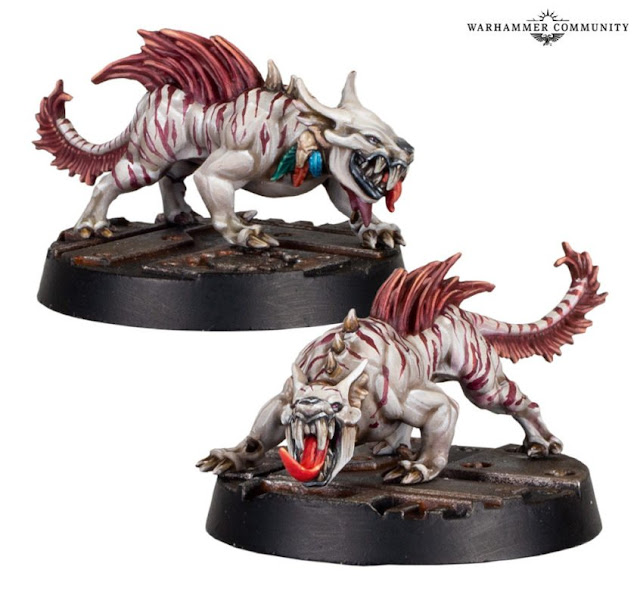 As if it’s not bad enough that we have a rat problem down here in the underhive, we now have to deal with felines too! Now, you rookies might not know that House Escher has a long tradition of dealing in many strange and exotic off-world creatures. We usually turn a blind eye to this, as most of the time they end up being chopped up to make chemicals or sent to the fighting pits. However, the Escher gang queens view their Phyrr Cats differently – they’re as much a status symbol as they are a pet. That means if you hurt one of these things, you’re going to have a very angry Escher ganger looking for vengeance, and the little creatures are violent enough themselves.

Unlike the Phelynx, the Phyrr Cat is larger, faster, and doesn’t rely on Toxin to hurt you – those talons do enough damage on their own. These creatures are also a lot more independent than their smaller cousins. If you ask me, they’re just arrogant – give me a Cyber-mastiff any day.

These critters are incredibly agile too. If you’re fighting one and it falls off something, don’t just assume that it won’t stick the landing, because it probably will…

Keep out the way of those sharp talons, then use your concussion carbines and shotguns to keep these creatures quiet. 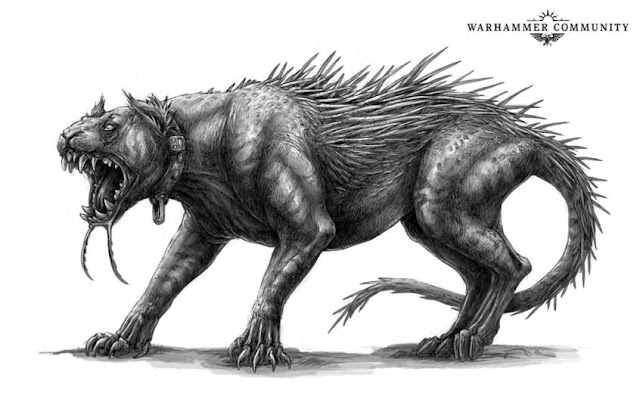 We’re expecting a big shipment of Phyrr Cats coming into the underhive – we’ve not received any concrete information as to when they might be arriving, but we’re expecting them some time during the next solar cycle.