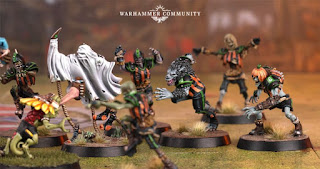 Necromantic Horrors is the new Blood Bowl team coming your way this week.

Now that you’ve had an overview of the team, let’s take a closer look. Regeneration is one of your biggest assets for Necromantic Horror teams – almost all of your players have it and it’ll keep them in the fight when other players would fold. 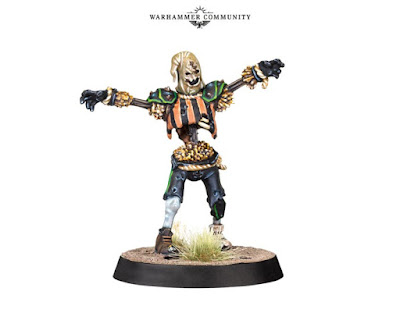 The mainstay of your team, Zombie Linemen are best described as cheap and cheerful. At 40,000 GP each, you can fill out your roster with them and pack the Line of Scrimmage – which is where you’re likely to want them, as their MA of 4 means they’re best sticking in one place. They’re average in every way and can’t pass the ball – but that’s fine, as they can take a hit, thanks to a respectable AV and Regeneration, and so can hold up opponents and let your specialised players do their thing.

If you do lose a Zombie Lineman, no worries – your team’s Masters of Undeath special rule lets you resurrect an opposing player your Team has killed and add them to your roster as a new Zombie Lineman! 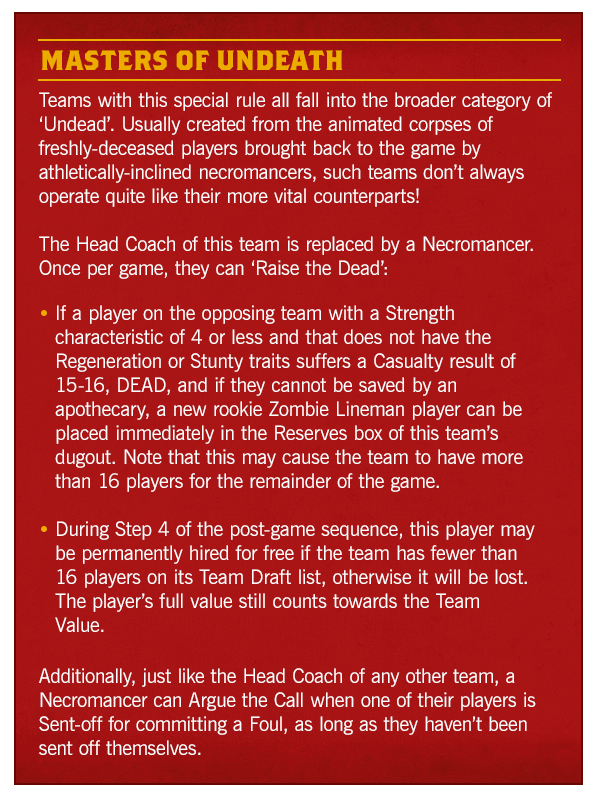 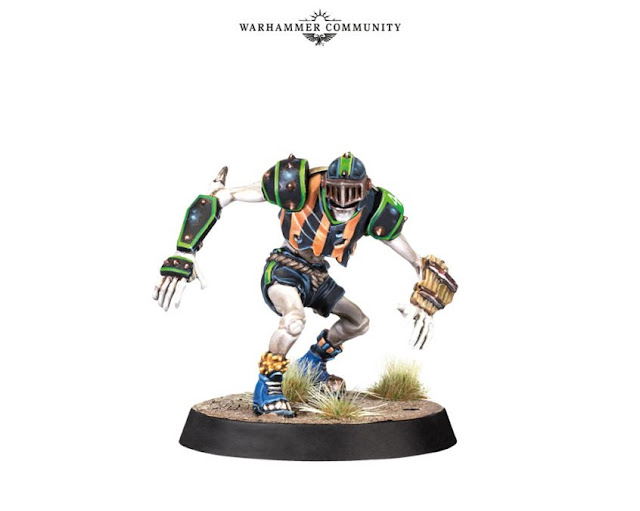 Fast, agile, and blessed with the Dodge skill, your Ghoul Runners are best used doing exactly that – running, dodging, and getting the ball upfield. They’re the only players on your team without Regeneration, so you’ll want to protect them – pair them up with Werewolves for a real threat that can push deep into your opponent’s half and score touchdowns or pick off straggling defenders. 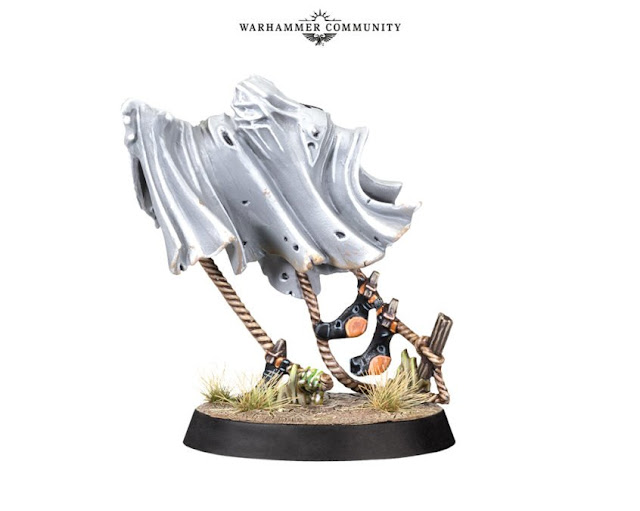 Your Wraiths are the perfect players to stop an advancing ball carrier in their tracks. A combination of Block and Side Step means they’re hard to take down and can always end up where they want to be – and with Foul Appearance, there’s a chance that attempts to block them will simply fail! They can’t pick up the ball, however, so be sure to have a Ghoul Runner or Werewolf nearby to grab it when the Wraith knocks the opponent flat on their back. 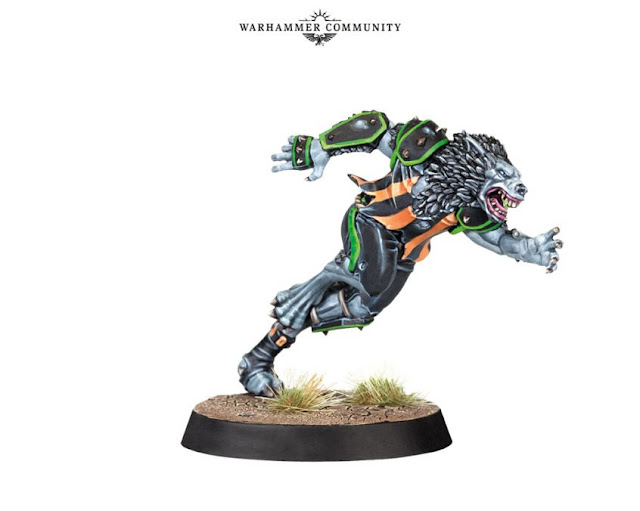 Savage, brutal, and nigh-unstoppable when they make a Blitz action, Werewolves will be at the heart of your plays. Frenzy and Claws will put the fear of Nuffle into opposing players, and the Werewolves’ high MA means they’re easy to get exactly where you need them. They’re your primary scorers too, so a canny opponent will prioritise taking your Werewolves down. Have them work alongside Ghoul Runners and Wraiths to make sure they stay effective. 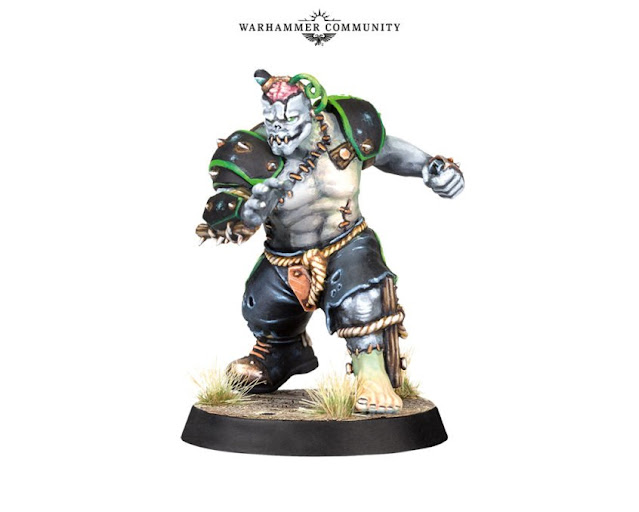 They’re strong, have high AV, and the combination of Regeneration, Stand Firm, and Thick Skull (despite appearances) makes them incredibly hard to take down. Stick these stitched-together monstrosities on your Line of Scrimmage or protect your Wide Zones with them, and prepare to rake in the casualties. Keep some Zombie Linemen around them for those ever-valuable assists and your opponents will truly feel the terror.

Necromantic Horror teams are great for coaches who like to use a variety of tools in combination to give their opponents nightmares. With a strong defence to keep the opposing team contained and swift, potent offensive players to score touchdowns and cause havoc, you’ll be playing in the big leagues in no time!

You can pre-order your Necromantic Horror team from this Saturday* alongside the Blood Bowl: Second Season Edition.