Morathi is coming to pre-orders this weekend. Here is a preview of just how mean she will be with two forms.
The Idoneth Deepkin are also previewed with some nice changes.

Morathi no longer swaps between her two forms, so you’ll have both of her stunning miniatures on the battlefield at the same time! Without getting into too much detail about why, Morathi’s soul simultaneously resides in both her incarnation as Morathi-Khaine – formerly the High Oracle – and also her monstrously mirrored Shadow Queen form.

Both warscrolls are a little different now, but the biggest change is the One Soul, Two Bodies ability. Basically, they share their life force… 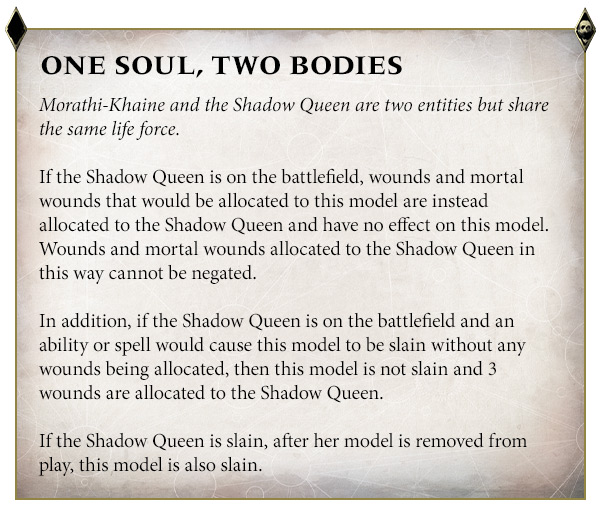 This is a huge boost to Daughters of Khaine forces as both models are in play from the start and the Shadow Queen doesn’t begin the game with any wounds allocated to her. You’ll be dealing massive damage twice over, granting powerful boons to your army in two places, and forcing your enemy to deal with two immense threats at once.

Morathi-Khaine can sling spells and use her unique command ability to enhance your other units. 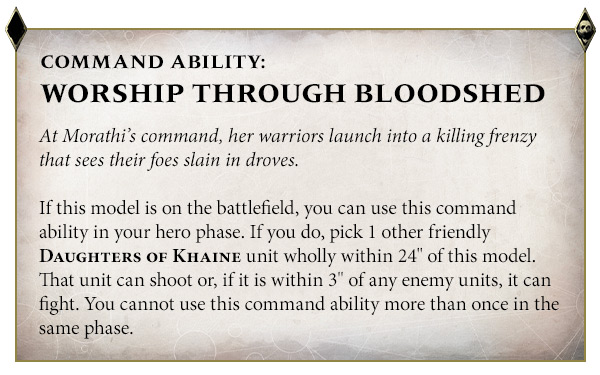 Morathi-Khaine’s defining abilities are largely unchanged – such as the -1 malus to enemy hit rolls – while the language of her magical abilities has been updated but is otherwise the same.

Due to the split, the Shadow Queen is now more of a dedicated damage dealer, with an enhanced gaze attack that acts more like a traditional weapon, but with more than double the range of before. Her damage table has also been overhauled – Heartrender and Envenomed Tail are also much more reliable now, losing the variable rolls. 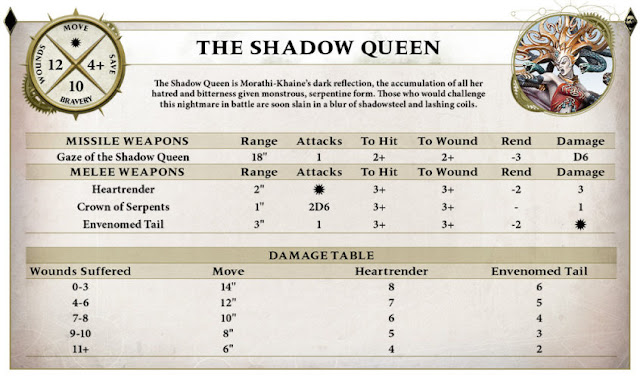 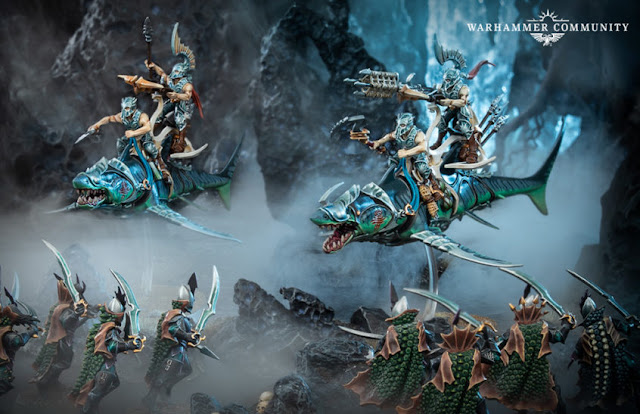 Akhelian Allopexes have been fan favourites from the start. They will soon move even faster (14″!) and have stronger abilities…

…as well as a brand-new ability in Entangled.

Leviadons are another preferred pick, and they’ve been given an overhaul as well. Now, they’re simpler and, again, more reliable. The biggest change here is the Void Drum ability, which makes your own units harder to detect and allows you to hit your enemies easier. Extra abilities really open up the options for a Namarti-heavy infantry force backed up by supporting Leviadons (and it still works pretty well on eels too). 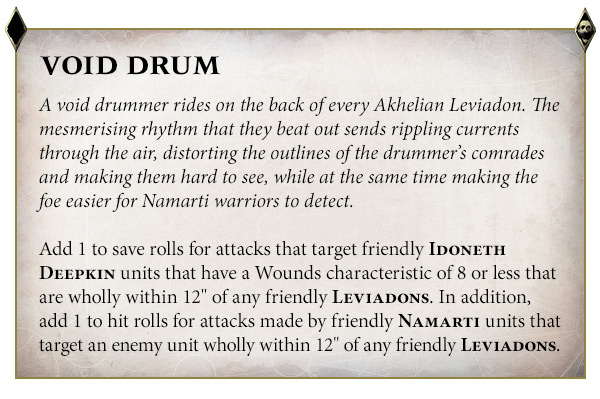 Other improvements include your Razorshell harpoon launchers firing a whopping 8 attacks (also increases to 4 for Allopex riders)!

Leviadons also have access to a new set of powerful mount traits. The Ancient Trait, for example, will make an unwounded Leviadon’s 2+ save even harder to circumvent. 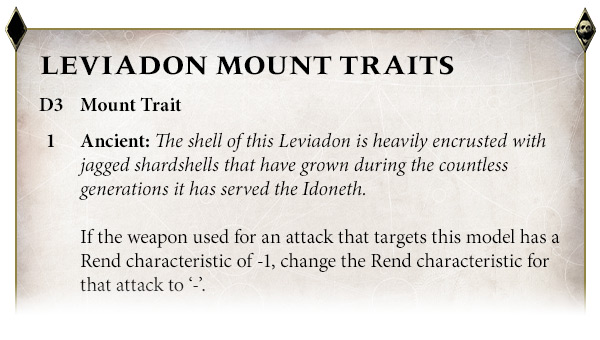 The Deepmare mounts also now have access to a set of traits. If you’re all about aggression, Savage Ferocity will ensure you have all the attacks you need to tear into your prey.