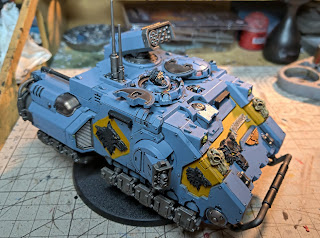 I made this Impulsor for my son's Space Wolves army, specifically Ragnar Blackmane's Great Company. It still needs some edge highlighting and more weathering, but he wanted to do those parts, and I realised how hard it is to reign in my own obsessiveness about doing a 'proper job' in order to leave some of it unfinished for him to do! But then he's got plenty more painting to do so I didn't want to add to his backlog! Anyway, the wolf logos and wolf skulls are from Spellcrow and the co-pilot's head is from Liberdaemonica/KFStudio if anyone's curious. 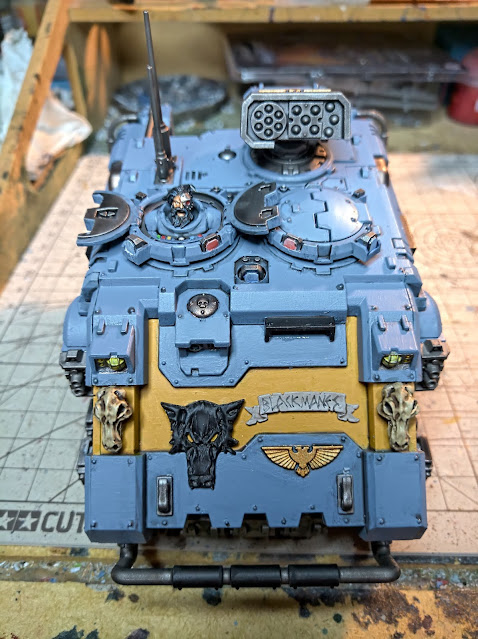 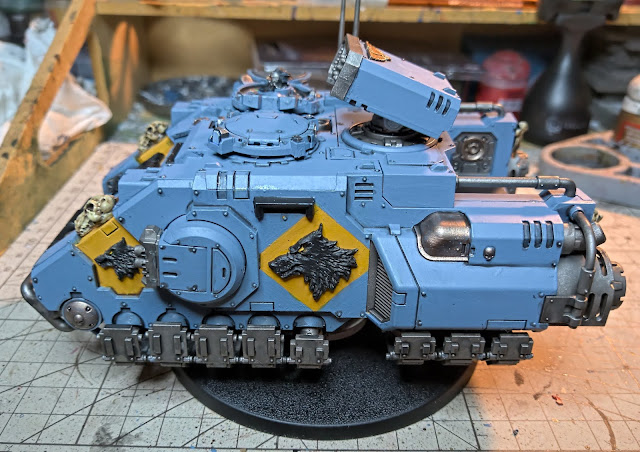 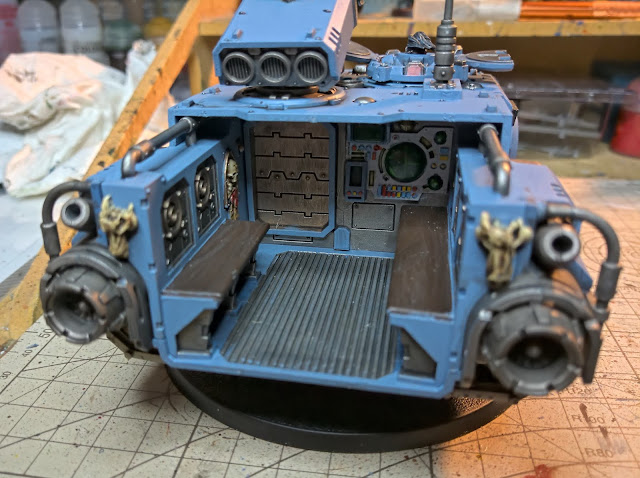 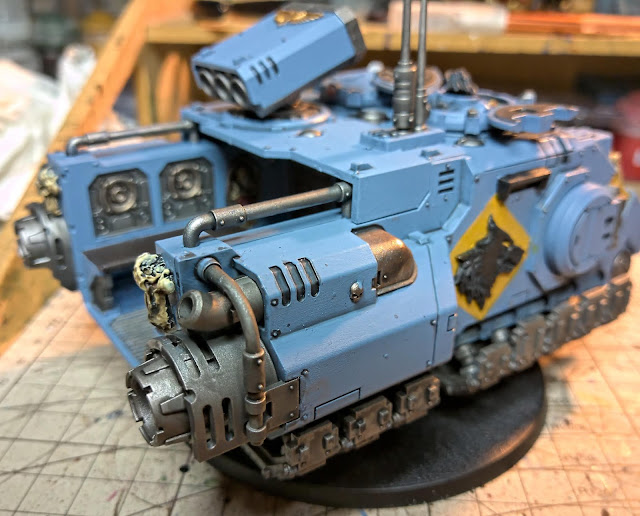 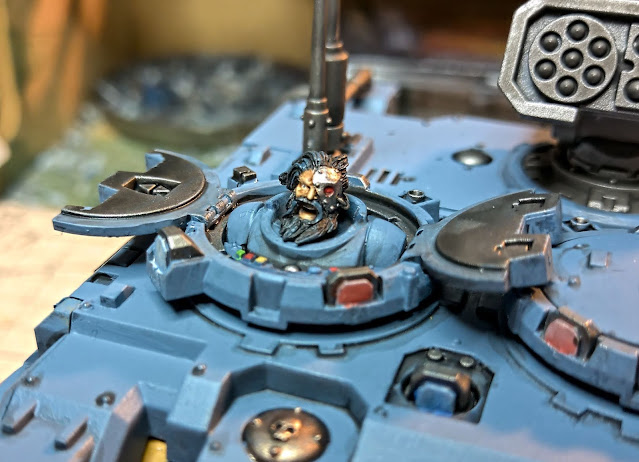 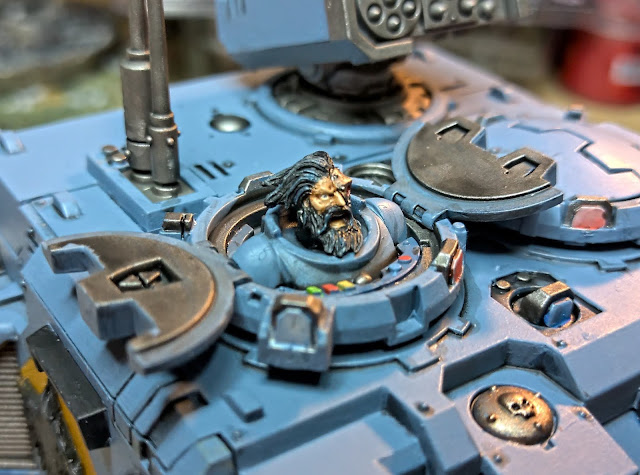 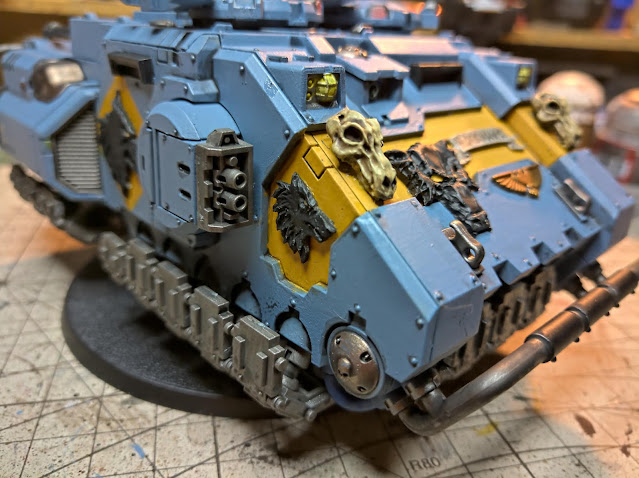