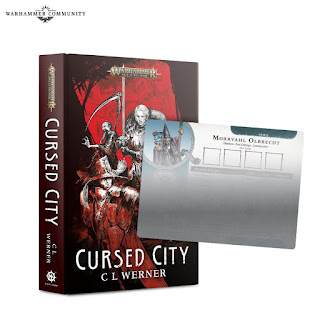 Along with the Black Library's book following the Warhammer Quest Cursed City is a character from the novel being released for the game. 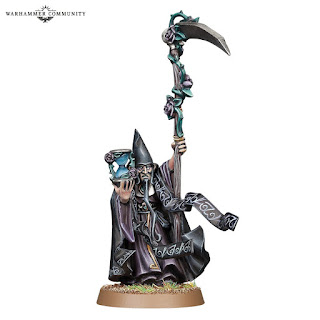 Black Library has a long and noble history of providing tie-ins to Warhammer boxed games. With the new Warhammer Quest: Cursed City, they’re doing this and going a step further. Every English-language copy of C L Werner’s Cursed City – including the lavish special edition – includes a character card allowing you to play one of the heroes of the novel in your games.

In the novel, Morrvahl is a wizard who makes his home in the vampire-ruled city of Ulfenkarn and studies some of the darker magical arts – such as necromancy.

In the Cursed City game, these magical preferences are represented by Morrvahl’s attacks and abilities. He has a melee attack that uses his vicious scythe-bladed staff Gravebloom. The potent enchantments woven into the weapon mean that damage dealt with it can never be reduced or ignored – very useful against some of Ulfenkarn’s more resilient denizens. Morrvahl also has a powerful ranged attack that can cause masses of damage to the toughest foes.