What's On Your Table: 5,000pts of Imperial Guard 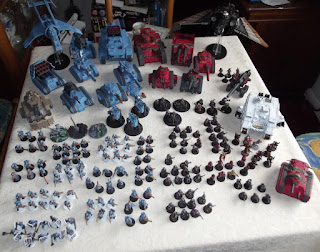 What's On Your Table is about what you have on your hobby desk to inspire and share with others in our hobby. Please send up to 8 pics or a short video and send it in to natfka@live.com

Here are my 4983 pts of Astra miliatrium/imperial guard.

The colour scheme I used is inspired by the colours used in the video game Valkyria chronicles. Each vehicle has been assigned a name and number.

Some of the unique conversions present in the army are again based on the appearance of weapons as they appeared in the games. So, we have a missile launcher team, with the extra men being helpful wound markers and can get removed as the team take wounds. There is a mortar lance team again based on the appearance from the games. (Valkyria chronicles 4 added dedicated mortar units but this army was conceived before that game came out. More mortars may be added in the future to reflect those seen in Valkyria chronicles 4) There is a squad of 3 Valkyria (lascannon heavy weapons team) as well as having two separate colour schemes to call back to the games two factions and as I love the models some death korps models have been used to represent the imperial forces from the game.

As for characters I have converted an old inquisitor in terminator armour to represent my company commander for when he gets given the vostorian relic armour (which gives him a 2+/5+* save so he's looks like a terminator as that's what he is.)

A squad of armoured techs and their fencer sergeant have been added recently, whilst this unit doesn't really have a suitable representation in the current imperial guard codex my gaming group play a lot of narrative games so we are planning to run them as 2w 3+ ws, 2A guardsmen with slab shields and power mauls. (we worked out that 10pts each was fair)

I have converted a second hand deathstrike into a manticore (the deathstrike was missing its missile.) The praetor armoured missile launcher I have has been modified to have land raider tracks in place of its normal tracks as this model was a knock off acquired cheap with many parts missing, it still looks the part though.

A leman russ incinerator from the solar auxilia range has been modified to represent the ghost tank from Valkryia chronicles 2, rounding out the force is the irregulars who were added for a campaign at the tail end of 7th ed. We have an aquila lander (such a nice model its wingspan is huge for its size which makes storage an issue), an inquisitorial land raider Prometheus (with a scratched effect added as the plain white look was to plain) accompanied by an inquisitor and a squad of adeptus soritas (from wargame exclusive, as this was before games workshop redid their sisters in plastic and I didn't want the metal ones)

I do plan to add more scions, selvaria (as a counts as Tempestor prime) and more leman russ tank chassis to use my six spare turrets, some more irregular units to represent some of the unique aspects of Valkyria Chronicles 3 (maybe some scion conversions hmmm) and a Shadowsword to aid me when I play against the knight player in my gaming group. 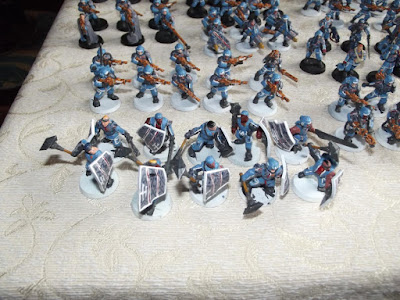 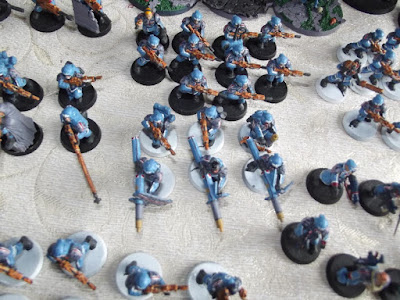 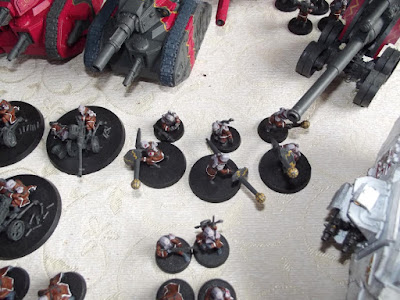 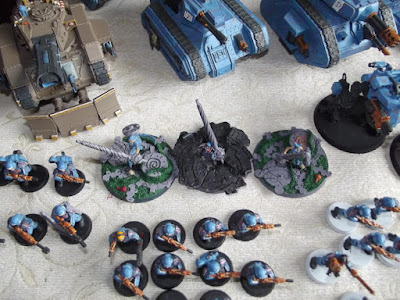 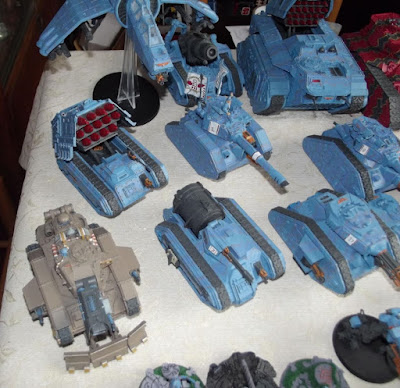 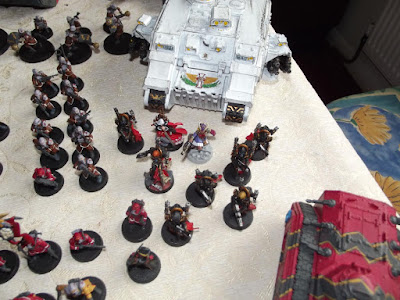 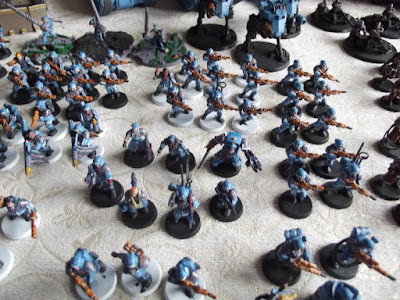