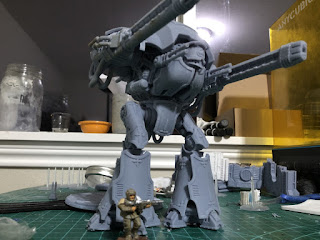 Im getting close after a few problems with supporting one section that just went wrong. All pieces minus the base are now printed. Of course I have this thing temporarily put together carefully with some strong double sided tape in key locations for a few pictures before I primer her up tomorrow. (the legs minus the armor pieces are glued together).

So overall with the mistakes I made printing (one of which was just my own dumb move) I went through about 2/3rds of a 1000g bottle of resin. So resin costs was close to $25 - a full bottle costing $32-34. If I had not had the problems that would of dropped to most likely just over half the bottle.

About 48 hours of print time. The massive guns were the longest prints taking nearly 9 hours each while most print runs were about 4-4.5 hours or less.

Over all the Monastus War Construct stands 8" tall about the same size in height as a GW Imperial Knight. I am currently printing a base on my FDM printer so we will see how that goes and then I will be painting the second half of the week and into the weekend.

Here are some pics of the Monastus War Construct which is part of the March release for Aphyrion's 3D Printing Patreon. https://www.patreon.com/aphyrion 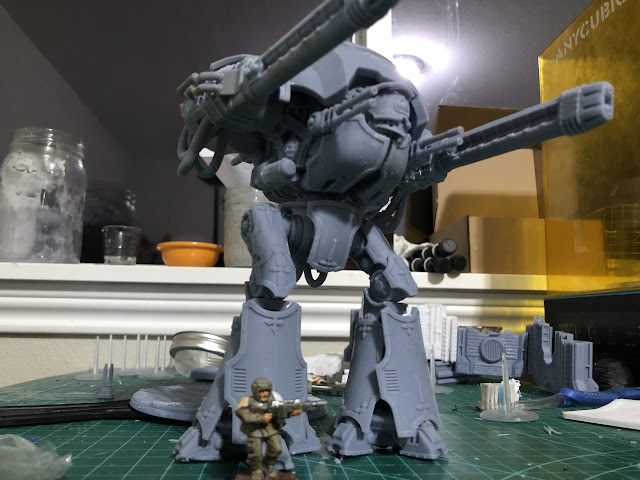 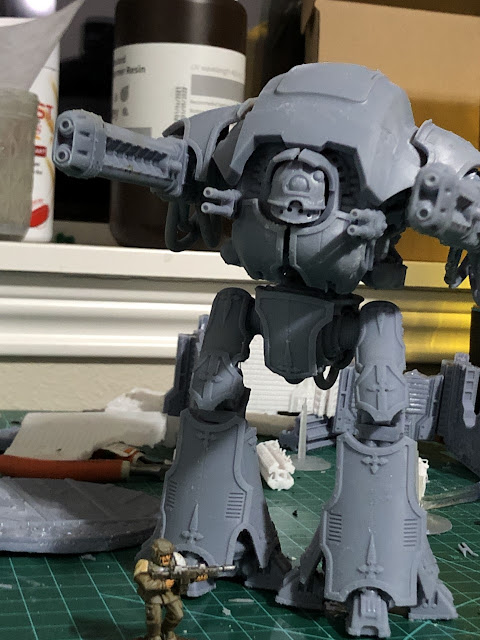 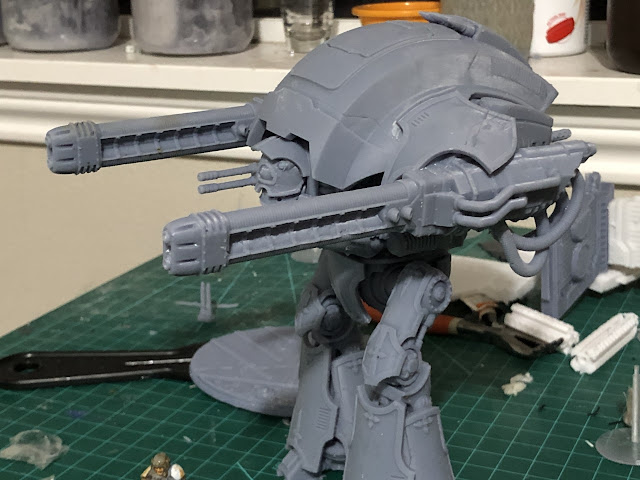 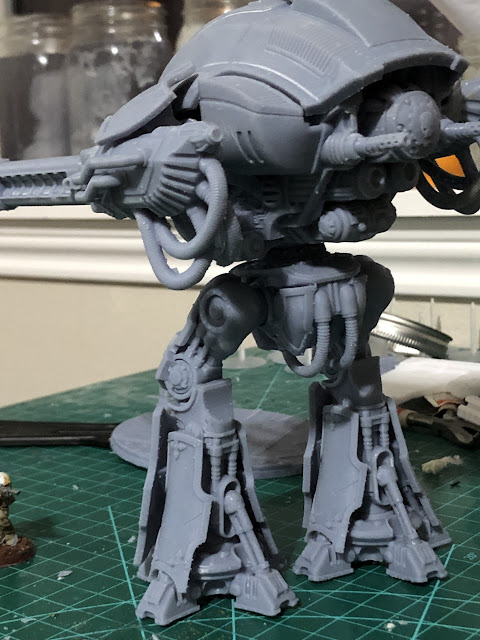 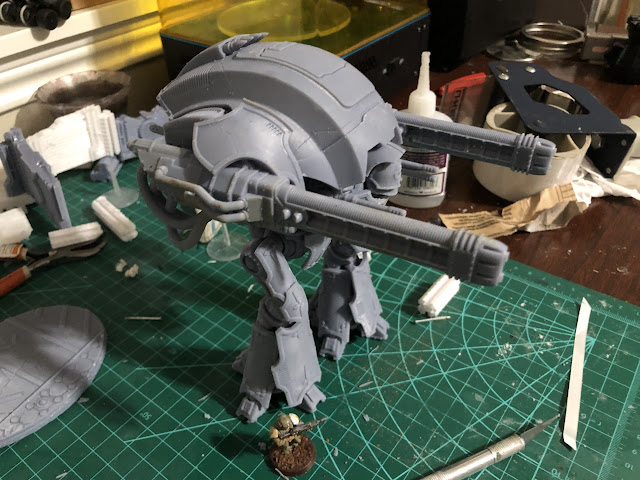 While I have printed up a several tanks from her Patreon I plan on a super heavy tank next.......... or a bigger construct...... Most likely though the big gun in the pic below which is also a part of this month's Patreon release. 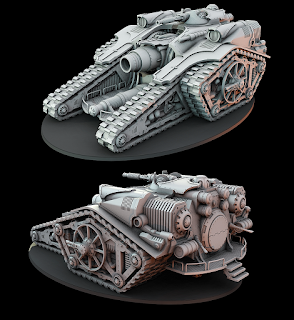