Wargames Atlantic has new releases available for orders now, including Lizardmen and Prussian Wars miniatures. Really look forward to seeing the Lizardmen get out and it looks like the come with guns and gasmask options as well giving the set more options for your games.
Wargames Atlantic
https://wargamesatlantic.com/collections/all
Lizardmen
$34.95

STRIKING FROM THEIR JUNGLE LAIR… 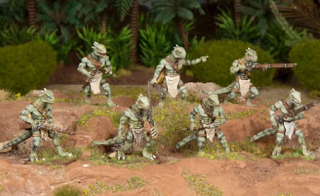 The lizard tribes rarely venture forth from their steaming jungle kingdoms, but when they do they are a force to be reckoned with! Fighting with weapon, tooth, and claw they harass the folk of the free kingdoms and have even allied with the goblin war hosts to battle the forces of the High Queen.
This hard plastic box set allows you to field up to 24 Lizardmen with options to arm them with sword and spear, fantasy and British muskets, or auto-rifles. There are four unique head types for all bodies in the set so that you have options to use these figures for fantasy, Victorian Science Fiction, or straight science fiction Lizardmen. 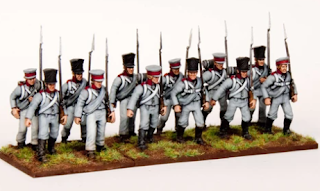 BEFREIUNGSKIEGE!
The 1807 Treaty of Tilsit forced Prussia to constrain their army to no more than 42,000 men. They evaded the restriction by the Krümper System of cycling new recruits through the army to create a reserve of trained men.
When Prussia declared war on France on 17 March 1813 (the Befreiungskriege or War of Liberation), over 40 reserve battalions were formed and organized into a dozen Reserve Infantry Regiments. These were instrumental in the defeat of Napoleon.
This box set is an ARMY BUILDER and allows you to build 60 hard plastic figures with a choice of either covered shako or the Schirmütz (peaked cap). You will need to provide your own command figures.
via Wargames Atlantic
3/30/2021
Natfka
Gaming News, Wargames Atlantic