What's On Your Table is about what you have on your hobby desk to inspire and share with others in our hobby. Please send up to 8 pics or a short video and send it in to natfka@live.com

'Forces of chaos bow to me'

One quote that led to 18,826pts of models being assembled and painted over many years. While not my oldest army the forces of chaos have grown to a vast level.

Collectively known by my gaming group as the 'Tapestry of evil' this army is split into multiple smaller warbands (my death guard were split off once their codex came out and I added to the force that was until then one squad and typhus) my giant force allowed me to vary my colour scheme and add different flourishes as I added more units.

The army includes many older models and conversions. First up we have a classic baneblade slaved to the power of chaos. (I took the apocalypse rulebook to hear when it said you can use any imperial model) So in addition to the baneblade I have four basilisks (mostly converted) and a marauder destroyer alongside 2 land speeders. The rest of the major conversions are focused on the heldrakes (I have my basic version, my pheonix pattern and my dragon pattern) and my characters.

Overall this force has even been deployed in full on a few occasions and has dominated every apocalypse game where this has happened. There are some 30k primarchs floating around here as well (Horus gets used as Abbadon often) purely because I like the models.

As for my other forces that aid my chaos force adding further models and options include my Death Guard at 5729pts and 3910 pts of chaos daemons. Technically my 30k force of alpha legion standing at 10,315pts could also be considered amongst the forces that can be used to support the Tapestry.  So, I could field 38,780pts of chaos models if I needed to.

Bring on the apocalypse. 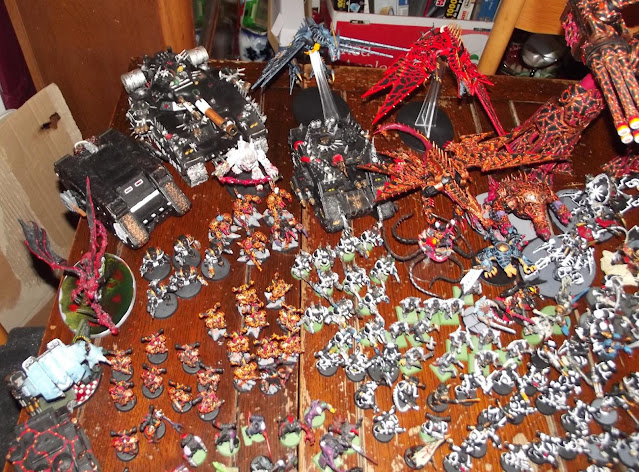 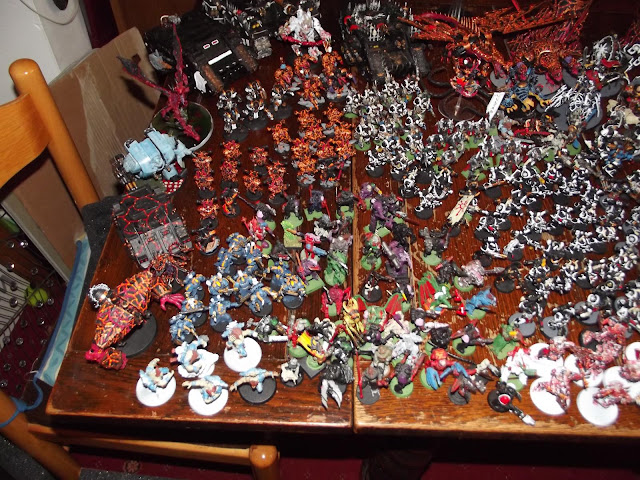 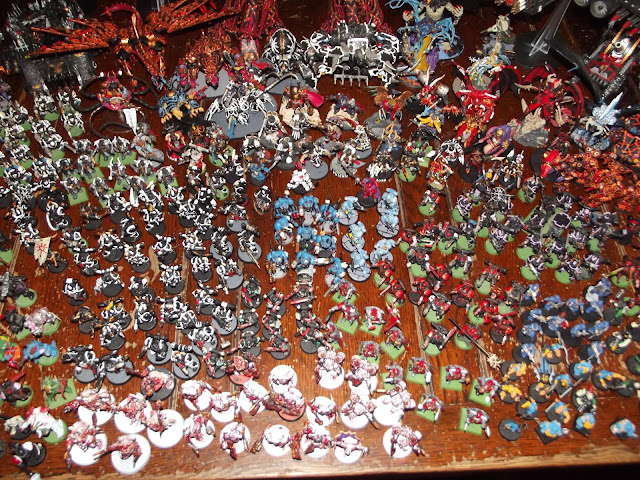 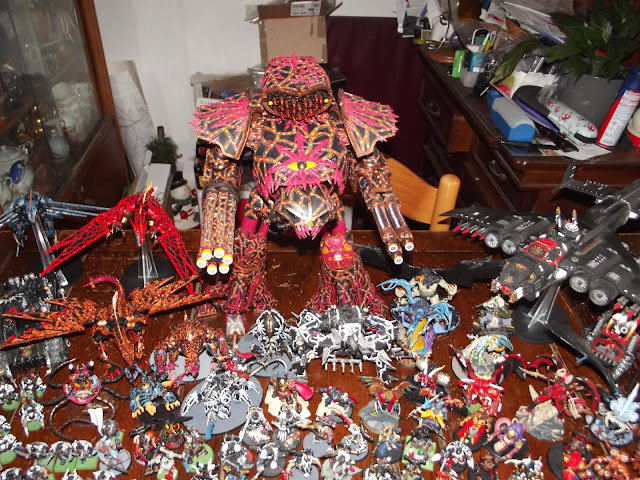 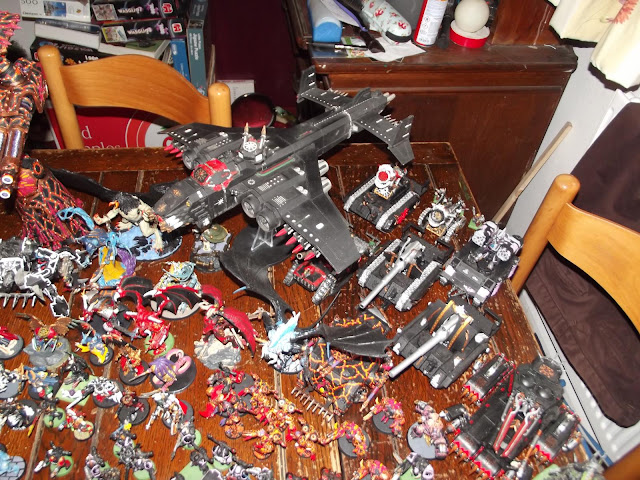 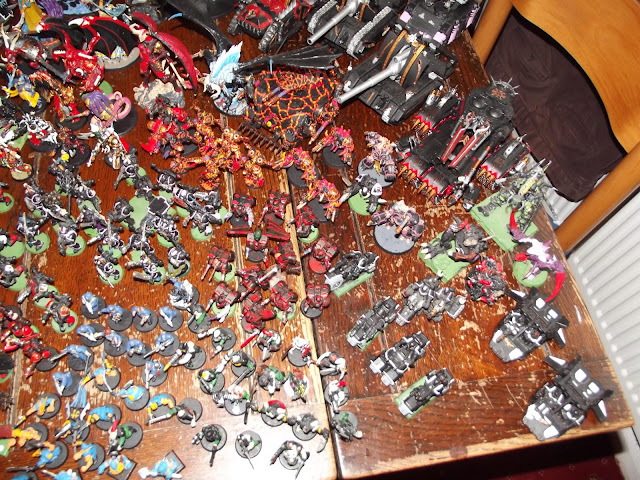