Be'lakor Revealed and Whoa is He Big 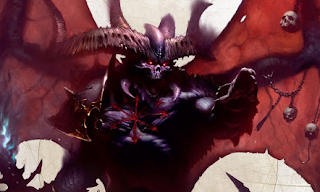 Monday's model reveal from Games Workshop is here and its a big one! Be'lekor is back and he is looking better than ever. He is the subject of the next series of the Broken Realms. 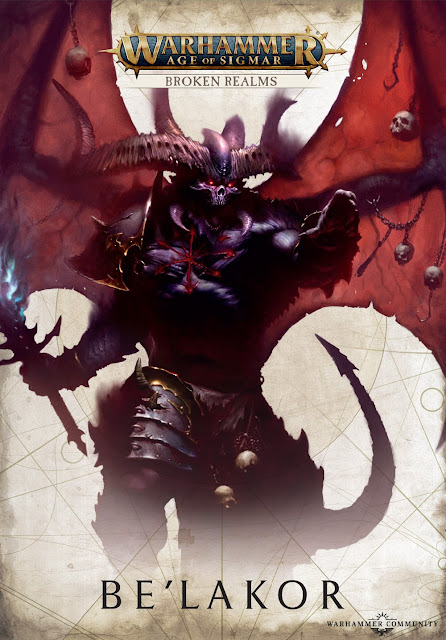 via WarCom
https://www.warhammer-community.com/2021/03/08/belakors-back-and-oh-wow-hes-enormous/
That’s right, Be’lakor is getting an incredible miniature truly worthy of his stature in the lore. After all, no other servant of Chaos can truly claim to rival the absolute power of Archaon Everchosen. It was Be’lakor who was first to enjoy the favour of all four of the Dark Gods – a lofty position indeed, but one which he would ultimately be denied evermore due to his own hubris.
Quite what Be’lakor did to turn the Dark Gods’ favour into wrath is a secret known only to Be’lakor and his infernal masters, but the Daemon Prince has spent all of his eternal existence since his fall from grace trying to reclaim his former preeminence. Time is meaningless to such an ancient creature as Be’lakor, so he is more than willing to play the (super-)long game if it will see his past glory restored. What’s more, his latest masterplan is about to be played out in the next stage of the Broken Realms saga – check out the cover of the third book in the series. 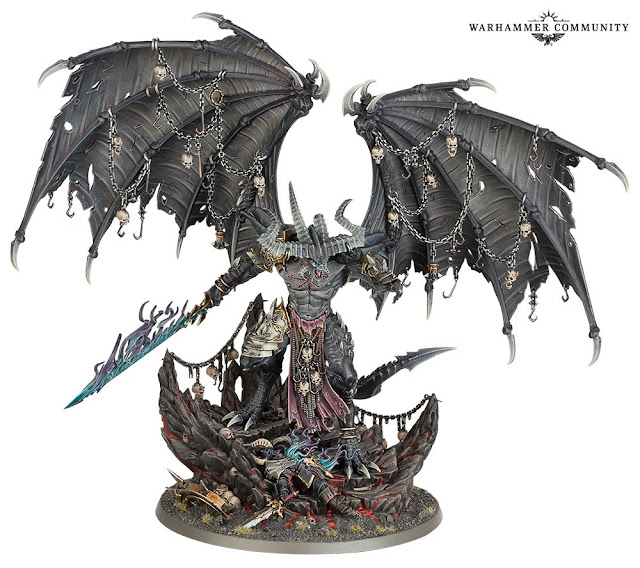 What’s he up to this time? How many different strings has he pulled behind the scenes to enact his latest plans? Well, trust us when we say that Be’lakor is behind more of the key events in Mortal Realms than you can imagine.
Of course, Be’lakor has made his baleful presence felt in the grim darkness of the far future, too. 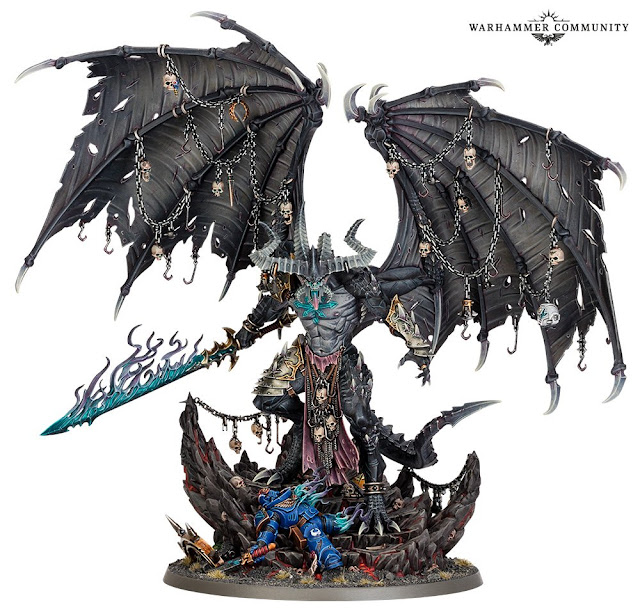 We told you this week’s New Model Monday was special – look, it’s a new Primaris Lieutenant! Admittedly, he may be… ahem, ‘out of action’ (such storied heroes can never truly die), but his stricken form serves as a great way to dedicate Be’lakor to the setting of the 41st Millennium. He is, of course, an optional extra, so if you’d rather not betray the memory of one of the Emperor’s Finest in such a way – or sully the base of so mighty a being as Be’lakor with one of the corpse-god’s weakling champions (depending on your viewpoint) – you don’t have to.
Now, we said Be’lakor’s new model is “enormous” (other descriptions included “massive”, “titanic”, and “bigger in some dimensions than a rotisserie chicken”), so if you’re after proof, check out this battle shot of the mighty Daemon Prince leading elements of his dread daemonic legion. 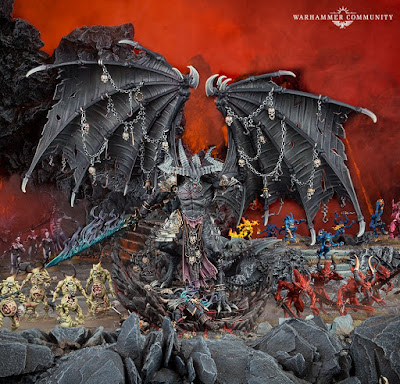