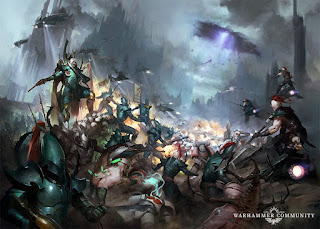 So good to always see the Drukhari getting a new codex. Lets see what is in store for the 9th edition Dark Eldar.

Sometimes* an Archon avoids being stabbed in the back long enough to become a true master of their craft, making good use of their long lifespans to hone murderous skills to a razor-sharp edge. By spending a few extra points you can upgrade yours to a Master Archon, unlocking new abilities and a powerful Relic for the taking. 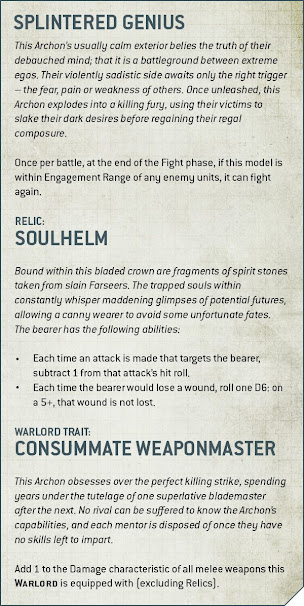 While sneaking through the dark and deadly city of Commorragh, we had to evade several bands of elite bodyguards which seemed to be hanging around the aforementioned Master Archons. No doubt the Master Succubi and Haemonculi had their own retinues too, but we were lucky enough not to see any. 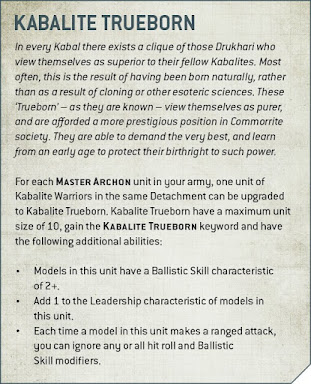 The Drukhari are known for their lightning raids into enemy territory, with many small warbands clustering together in the hope of acquiring more loot and slaves than their rivals. Now it’s easier than ever to build your own wildly varied raiding force featuring all the Kabals, Cults and Covens you could shake a very pointy stick at. 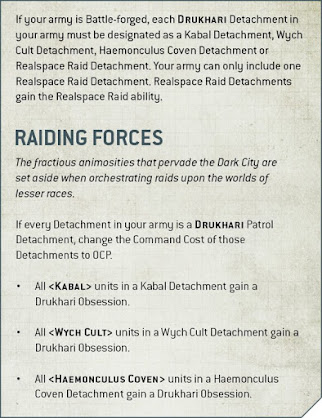 One in a blue moon, a particularly capable Archon is able to enlist the services of their fellow Drukhari directly with promises of plunder on an unseen scale. These united hosts of dark Aeldari act with a degree of coordination rarely seen among their piratical race, and are thankfully a rare thing to behold. 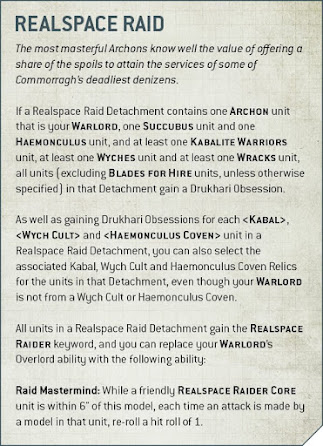 4. Kabal of the Poisoned Tongue

We had a good chance to spy on one particular Kabal, and we’re quite worried about what we found. You may have seen from the new Drukhari boxes that splinter weapons are back in all their venomous glory, but wouldn’t it be a mite concerning if their poison was even more potent? 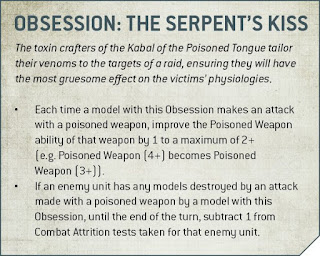 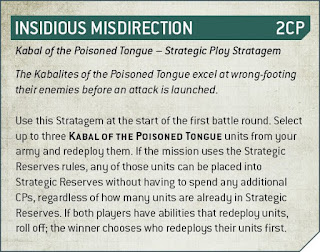 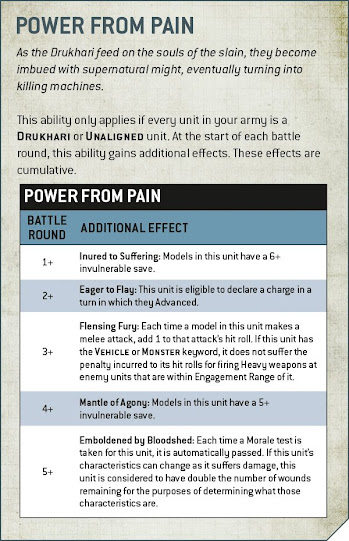 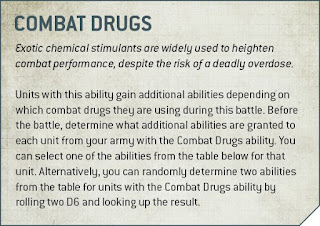 Not content with being extremely fast and dangerous even on their worst days, the Drukhari’s Wyches take all manner of skill-enhancing substances to spur their abilities to even more ridiculous heights. We didn’t touch any of them – that stuff is seriously bad news – but we did spy a few details that you might be interested in.
No longer covetous of their favourite stimulants, multiple units of Wyches can now take the same drug if they so desire. Some are even so battle-crazed that they will take two random Combat Drugs at the same time, although as you might imagine this can lead to some unexpected results.

As befits a race with long lifespans and the natural artisanal talents of the Aeldari, the armouries of the Drukhari are resplendent with equipment far surpassing the quality you’d find in the hands of a regular Kabalite. We managed to pinch a couple of them on our way out, so make sure you get a good look before we have to put them back. 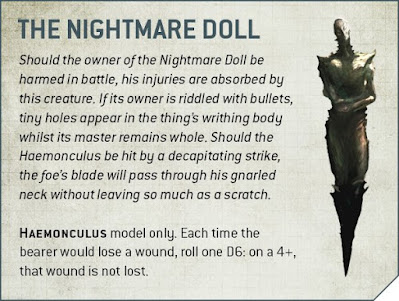 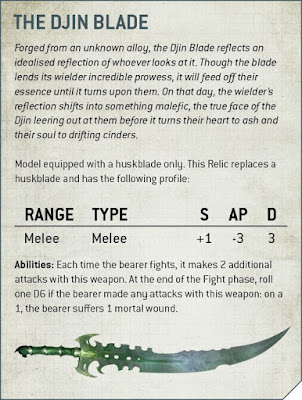 Right, it’s about time we put these rules back where they belong before the codexes go up for pre-order on Saturday.