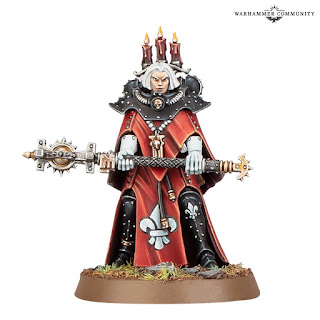 This series must of been a pain or just to much to let go of as this is it's last installment. (I had hoped it would continue for a bit). For Now though, New Model Monday is over, closing out the series with a good solid reveal with Sisters of Battle..... and questionable face/pose. Check out the Dogmata.
Overall I wonder if people will use this model or just kitbash her for a better a look. What do you think of the new Dogmata. She growing on you? 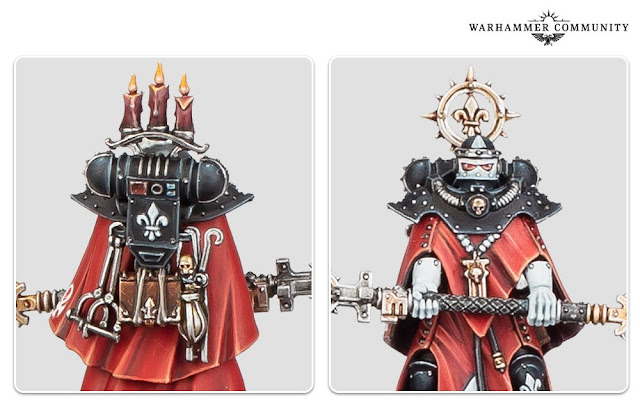 But who, or what, is a Dogmata?
In a similar manner to a Chaplain of the Adeptus Astartes, a Dogmata is the personification of righteousness, leading her fellow Sororitas in war hymns as she advances stoically into battle. Yet, she’s more than just a spiritual exemplar. A Dogmata holds the power to condemn any Sister to join the Repentia – or, worse still, be consigned to a Mortifier – to seek atonement or redemption in death.
On the battlefield, while a Dogmata is nearby, your Sisters of Battle will know that their every deed is being watched – and judged – so they’ll perform whatever duty has been assigned to them with utmost determination and vigour. If you’re looking to get the most out of your Adepta Sororitas units, a Dogmata will be a crucial addition to your collection, so keep an eye out – she’s coming soon.