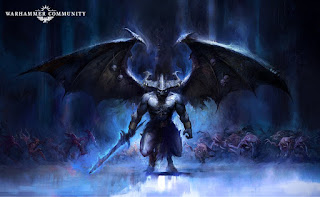 Be'lakor is coming with a new model and rules for Warhammer 40k. With enough strength to split a Land Raider he looks like he will be a force to be reckoned with. Plus his new model is just huge! 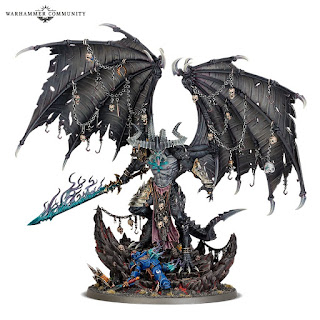 On the battlefield, the Dark Master is a terrifying figure cloaked in ethereal darkness. Like most Daemon Princes, he’s a powerful psyker, drawing powers from his own Noctic discipline.* But, as many unfortunate souls can no longer attest, the real thing to watch out for is his massive Blade of Shadows. 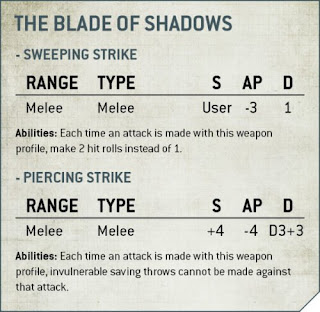 Be’lakor is so good at swinging that thing, he can neatly bisect a Land Raider in a single turn on an average day, and any lesser vehicle might as well be a child’s toy in his hands. Ancient refractor fields and preternatural agility won’t help you either – with the ability to ignore invulnerable saves at will, not even a Primarch is safe from the shadowy Daemon Prince’s wrath.
As if being a proper close-combat monster wasn’t enough, he’s deceptively hard to hit for a massive winged Daemon. Enemy fire seems to pass right through his shadowy body, which could almost make you think he wasn’t real if not for that giant sword cutting your mates in half.

You can find the full rules for Be’lakor in an upcoming supplement for Warhammer 40,000, so stay tuned to Warhammer Community to find out when you can bring the First Prince’s schemes to your tabletops.
* To learn more about that, you’ll have to keep your eyes peeled for his full rules coming later this year.