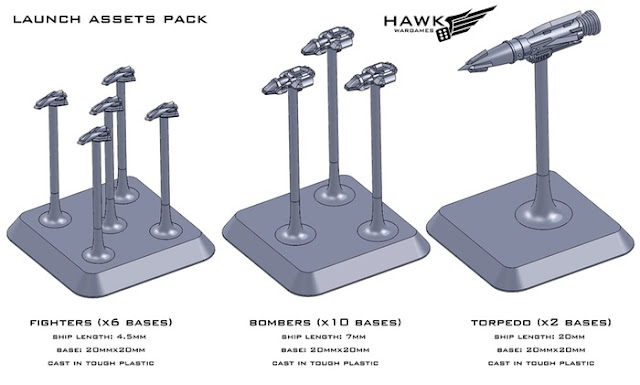 Hawk Wargames closely listens to what the community is saying and asking about. The one thing a lot of people wanted was better access to the PHR and Shaltari starter sets, instead of getting 2 2-player starter sets. So what they did, is offer a new pledge level that accommodates that a little better. This now allows people that have already pledged to update their pledges just a little to better get more of what they want.

On top of the new pledge level, which I like, the Launch Assets Pack was just added as an add on for the kickstarter. At the time of their newsletter an hour or so ago, it was not unlocked..... it is now.

Update #7 - We are listening, and we would like to present...
Posted by Hawk Wargames
1. It feels like a long time since we launched this Kickstarter, however as we enter day 6 (and if you are following closely on these updates, you will notice this is for the second time - we thought it was already day 6 yesterday; it was only day 5) we are excited by the continued uptake and interest there has been. Thank you again!

2. The next key point of this update is to let you all know that we have been reading your comments and seeing emails about the pledge levels. We have taken stock of what many have been saying about the Captain Pledge level specifically, and would like to therefore present a brand new pledge level: The Commodore Pledge Level.


For this pledge, you will get:

1 x Dropfleet Commander 2 Player Starter Set
2 x Faction Starter Fleets of your choice from UCM, Scourge, PHR, Shaltari
Kickstarter Exclusive UCMF Atlantis model.
3 x Kickstarter Exclusive Battlecruisers (choice from those unlocking on the 25th Nov)
This is a "High Rank" Level and so all backers at this level receive the High Rank Rewards as well as the "All Backer" Rewards. 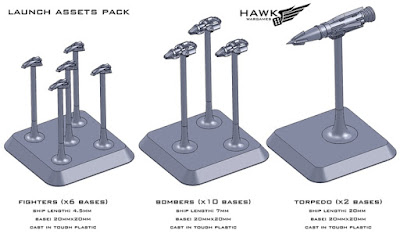 3. The final topic for the update today, is that we are announcing what the next unlock is:

The Launch Assets Pack will unlock at the £275k mark - which we are quite close to now! This pack will be explained in full in the next update.