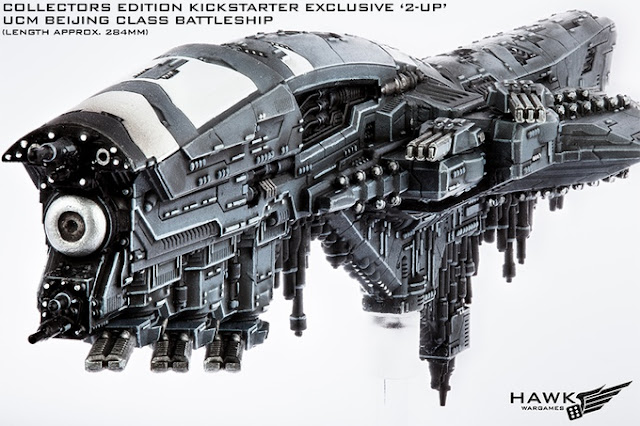 A second exclusive release is coming from Hawk Wargames and it's a Battleship! Remember though that although this model will be exclusive, the rules for it will be part of the main game, so that its variant will be available to be played through standard rules.

I really do hope that we get a Battleship exclusive for each of the four factions!!!! 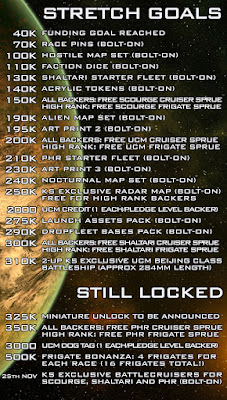 Firstly, apologies to everyone for letting a few days pass without an update! Many of the team have returned from their various events across Europe. We are excited to be able to present the next unlocked Bolt-On - The Collectors Edition Kickstarter Exclusive 2-Up UCM Beijing Class Battleship.

This 2 Up model (measuring approximately 284mm in length) will include with it a custom designed display stand. This collectors edition model will be supplied unassembled and unpainted, and (like the Dropzone Commander 28mm Collectors Edition Ares) some key parts are posable, such as the Mass Driver Turrets.

This Collectors edition 2-up version of the UCM Beijing Class Battleship will only be available through this Kickstarter, and will not be released online or in retail.

The next stretch goal (at £325k) will be unveiled very soon. We have updated the Campaign page with some more information, and have made the unlocks a bit clearer based on feedback we have received from reading comments and suggestions in messages, so thank you for that. Further updates will come about the next unlock very soon.

Early concept for the next unlock... 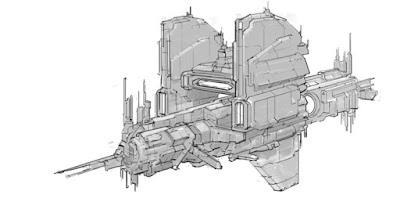