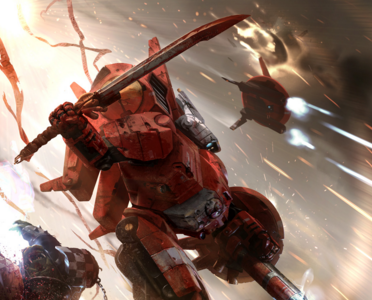 As Mont'ka is being confirmed, a little insight into Farsight was appreciated.


via a reader on Faeit 212
I've just gotten through my Kauyon book and one of the last sections of the narrative detailing Tau's initial triumph over the Imperial counter-invasion force is:

"The news soon reached a chain of star systems core ward of the Gulf, long abandoned by the Tau Empire. There, a legendary leader gathered his people and made ready for a war that would change the history of the Tau forever."

Obviously O'Shovah but what is he up to and who will be feeling the pointy end? May generate interest in the run-up to whenever the Mont'ka half of the War Zone Damocles campaign is up for pre-orders?