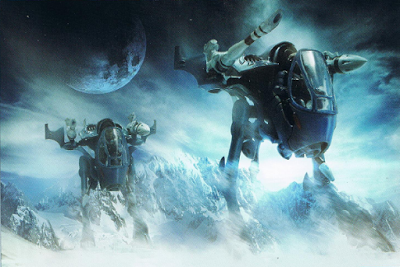 Imperial Armour 11 just got it's revision, the Doom of Mymeara is now live for pre-orders for Forgeworld. On top of that, there area a few new model releases, including the Eldar Corsair Jetbike upgrade kit and Skathach Wraithknights with different weapon upgrades. 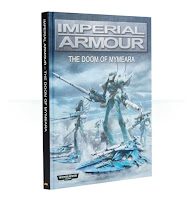 via Forgeworld
DOOM OF THE ELDAR
The enigmatic Eldar race return, unveiling new weapons of war. The new edition of Imperial Armour: The Doom of Mymeara is available to order now and it includes updated rules for all of Forge World’s Eldar units and war machines, from the shadow Spectre Aspect Warriors and Hornet fast attack skimmers to the massively destructive Scorpion super-heavy grav tank and the towering, graceful and deadly Phantom Titan.

Also included in the Doom of Mymeara is a fully revised and updated Eldar Corsairs army list and rules for the new Skathach Wraithknights, which you can also order today along with the Eldar Corsair Jetbike upgrade kit.
11/20/2015
Natfka
Eldar, Forgeworld, New Releases, News Headlines