Dropfleet Commander Update.... A Whole Lot in this one. 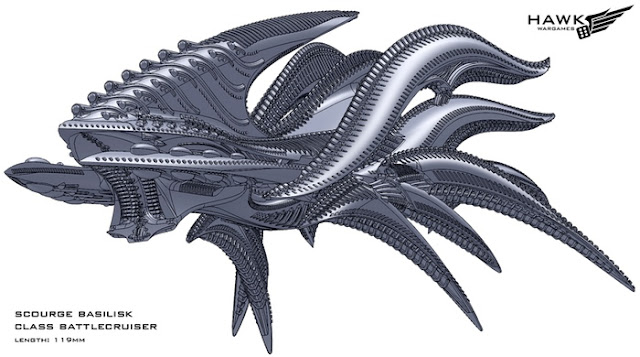 Yea, I missed yesterdays updates with the new Battlecruiser pics, so here they are, along with today's update. A new QnA session is coming over the weekend... I mean two QnA sessions are planned, as well some updates on the rulebooks, and the latest unlocks.!

As a someone who has pledged, I am really hoping this weekend pushes us over the 500k mark. It seems a long ways off, but perhaps we can still get there!!!!! 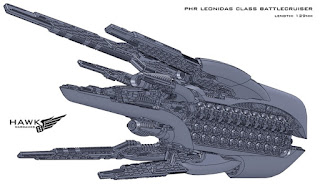 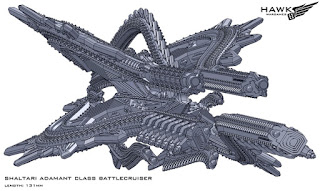 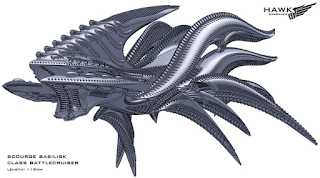 Update #24 – A whole host of unlocks, and more Q&A Sessions
Posted by Hawk Wargames
Thanks to new pledges and increased support from loyal backers, we’ve smashed through a series of stretch goals!

Yesterday’s update gave backers information and images about the Admiral’s T-shirt, available as a bolt on to all, and today we’ve hit over £415, meaning the digital screensaver download pack will be available! The pack will be downloadable from our website, and will include some of the awesome artwork created for Dropfleet Commander. Unlike other elements and rewards from the campaign, the download pack will released early – we are currently aiming for one week after the kickstarter ends.

The next unlock (that we are already well on the way towards!) is the Civilian Cruise liner, which is a great model and fun gaming piece. It can be used in player-made scenarios, and we will create a stat line for it which will be free to download to all from the website – however the model will be kickstarter exclusive; free to high level backers, they will be a bolt on for all others.

We can also give out some more information on the deluxe rulebook upgrade. Thanks to your support we will be able to make all rulebooks deluxe, both in pledge level and bolt ons, as well as for retail later next year. The deluxe edition includes:

- Pages now printed on thicker paper stock (150gsm).
- Cover to be Matt laminated and have spot UV on raised areas.
- Increased content and background.
- And due to popular demand, we will also be providing each book in a card box which will help to keep the book protected, and also allow player to put it on their shelves in portrait (the rulebook is A4 Landscape).

Last but not least, our Q&A’s have been popular so far but some backers have asked for more lead time in knowing when they are on. Listening to the community, we have planned 2 more Q&A sessions for this weekend – one on Saturday and one on Sunday:

The two different times are to make it easier for backers around the world to plan for them. Our usual Q&A guidelines will be in effect, and we’ll reiterate those at the top of each update.