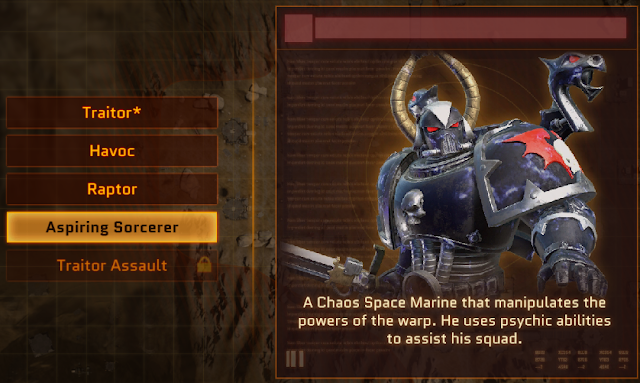 Eternal Crusade's live twitch broadcast was yesterday and in it are some changes coming to the close combat. Definitely worth checking out. Its one of the many ways I die in the beta testing... but Im getting a little better at the game.

Montreal, Quebec, Canada – November 20th, 2015 –
Today November 20th at 2pm EST (11am PST), Behaviour Interactive will be hosting their usual weekly broadcast on all things Eternal Crusade: Into the Warp. During this week’s show, the studio will be detailing the Alpha’s upcoming changes to Melee Combat, showing some production updates on the Comms Rose Waypoint, as well as changes to the storm bolter.  The big thing that a lot of fans are keen to hear about are the melee changes, and we think folks will like what BHVR has in store.
Behaviour’s Katie Fleming, Brent Ellison, Jean-Francois Burroughs, and Houman Sadaghiani will be hosting the stream, playing the game with fans, giving away keys, and taking questions. We’d greatly appreciate your help in letting your readers know about today’s show and the updates the team plans to show off.
Thanks for your time and have a great weekend!
LINK to Twitch Channel: http://www.twitch.tv/40kcrusade/v/26772487 (upper right corner since its already played)
11/21/2015
Natfka
Eternal Crusade, News Headlines, Video Games