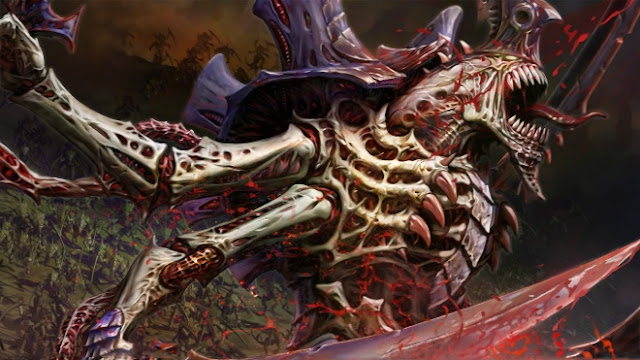 These are rather wild rumors, and are from the Tyranids Facebook group. Its second hand information, and even then.... However, I figured we had best mention it as some of you have probably heard of this being talked about.


Again, apply lots of salt. Or, just move on. I don't really get the algorithmic thing. If anyone else has heard anything similar, or knows more, chime in or send an email.

via Tyranid Facebook Group
a chap in the Tyranids FB group has piped up with the following (literally just this – a copy n paste):


Playtesting should be ending in 15 days and then it’s translations and printers.  Nothing apart from this, when asked for the source the fellow said that he wants to keep his job and so couldn’t say.  I’ve not seen anything original that’s not blatantly dodgy crop up in our Tyranid FB group before so these could be 50/50 unless you’ve heard similar from elsewhere.
11/06/2015
Natfka
40k, 7th Edition, New Releases, News Headlines, Rumors, Tyranids