These Dark Eldar Are Not Coming In June 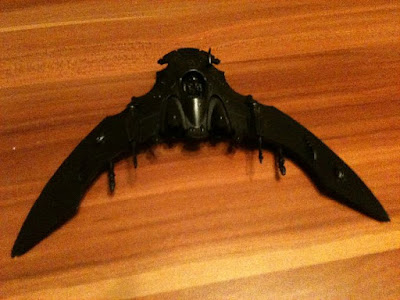 There are now some things we might not be seeing for awhile, however we are still supposed to be seeing models released in June.

Remember that these and the following are rumors, and are subject to being changed, misinformed, and otherwise wrong. Please take with salt.

via Frgt/10
Wracks/Grotesques/Haemonculi are almost certainly NOT happening in June (99% sure on this one).

new info regarding june: apparently the voidraven isn't coming. only the razorwing is.

I've had 2 sources contradict each other now, so not 100% sure what to believe, but I'm more inclined to trust that it isn't going to be released in june.
4/10/2011
Natfka
Dark Eldar, Rumors