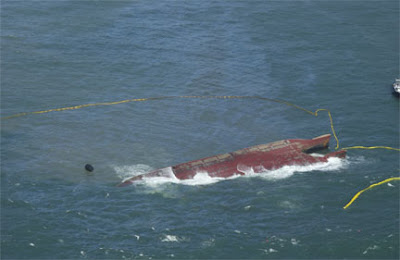 Apparently someone from Forgeworld at Adepticon mentioned something about a Barge going down with GW stock on board. Apparently insured, no official recovery effort was involved. So my question is, where are all you psychotic gamers and your scuba gear?

This one is fun, please remember that this is probably not factual, but is hilarious. Here is what was said over on Bols forums. They may however be some truth to the story.

via Lerra
I heard a rather interesting tale from one of the Forgeworld employees while I was at Adepticon.

Apparently some time ago, a barge sunk while carrying 40,000 Land Raiders. It was insured, so it meant no real loss to GW, but it makes for a funny story.
4/15/2011
Natfka