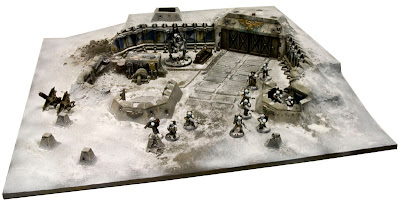 Today we have a few new things from Forgeworld. Realm of Battle Gameboard expansion, an Eldar Wraithseer, and Eldar Corsair Conversion kit. 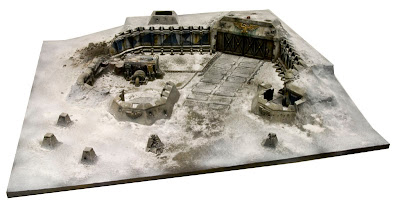 Realm of Battle Gameboard Imperial Strongpoint ExpansionAn exciting new addition to Forge World’s finely detailed resin scenery range is the Imperial Strongpoint Expansion. Designed for use with the Citadel Realm of Battle Gameboard, this 2' by 2' tile is a superbly detailed fortified stronghold that will make a great feature for armies to fight over in your Warhammer 40,000 battles.

Comprising a power generator, two reinforced defensive positions, dragons-teeth tank traps and huge, armoured blast doors dug into a central hill, the Imperial Strongpoint Expansion is cast from a hollow resin as durable and sturdy as the plastic Realm of Battle Gameboard tiles available from the main Games Workshop range. 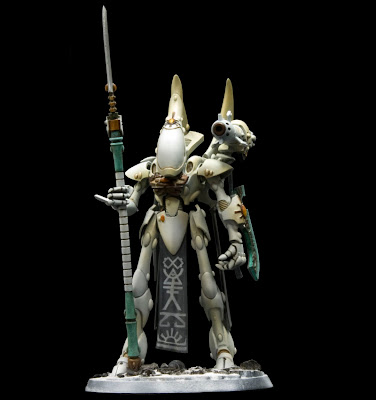 Eldar WraithseerRare and precious beyond compare, their souls protected from the predations of Slaanesh within spirit stones, long-dead Warlocks of great power can still be summoned to aid their Craftworld in the form of a Wraithseer. Armed with a lethal D-Cannon and a Wraithblade wreathed in the eldritch energy of their psychic arts, a Wraithseer is a terrible and implacable foe. ﻿ Eldar Corsair Conversion Kit
There are many bands of so-called ‘Corsair’ Eldar scattered across the galaxy, and all are savage and deadly raiders. Outcasts from the strict confines of the Craftworlds, the Corsairs live in self-imposed exile, seeking to explore the galaxy and experience the full gamut of emotion and sensation accessible to the Eldar’s sensitive psyche.

Most are young and adventurous Eldar who will eventually return to their homes older, wiser and tempered by warfare. Some, however, embrace the raider’s life completely and fall further still, becoming ever more bloodthirsty and psychotic, indulging their darkest impulses and eventually seeking out the infamous Dark City.﻿
4/01/2011
Natfka