This Week's Releases, Along With Pricing, a Teaser Video, and Additional Information 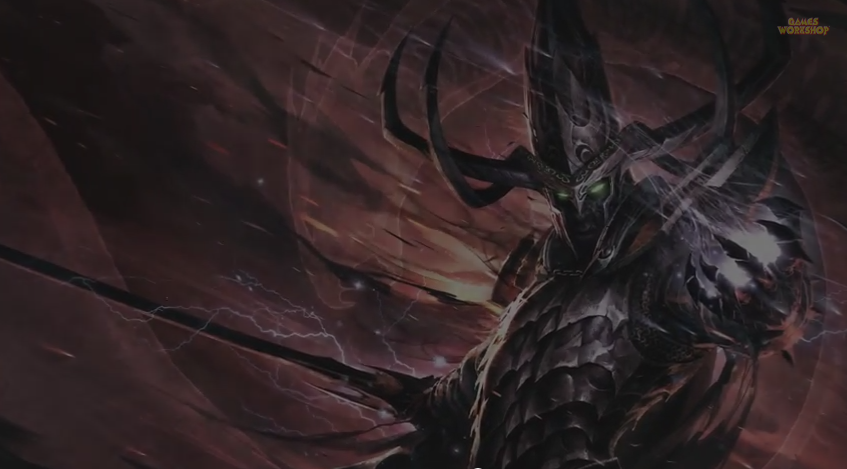 The Endtimes happened when I went to sleep last night, and woke to a ton of information on what is coming out for this week's releases. There is a lot of information here to check out.


First off, here is a link to the video just put out by Games Workshop showing the Elves and leading into this next release.
https://www.youtube.com/watch?v=WfmAysyadhA 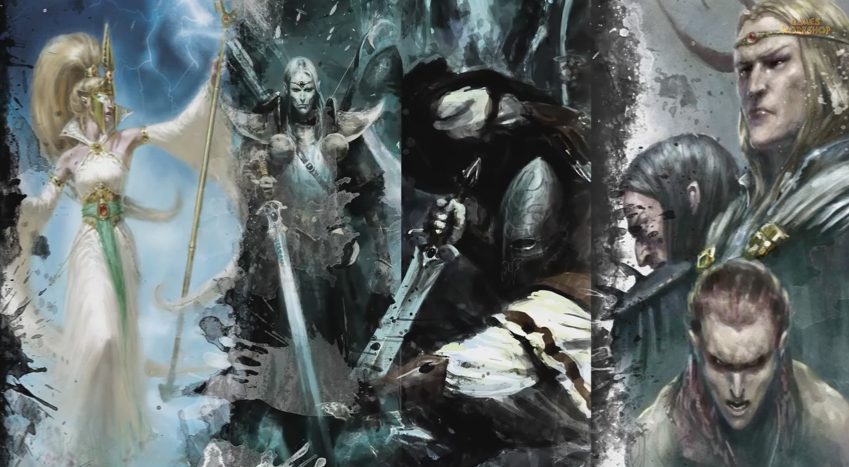 Here are next week's releases. I have added the pricing from a separate anonymous source here on Faeit 212, and also have the following information about the Endtimes: Khaine book release

via an anonymous source on Faeit 212
Endtimes: Khaine is two books in a slipcase and focuses on the Elves
Book 1 – 144pgs focusing on background and artwork detailing the story of the Elves.
Book 2 – 48pgs with the new rules for the Magic of the End Times, new spells for all spell casters, three new army lists, new characters, and seven new scenarios.

via Meraklis over on Warseer
New Release items for this week are: -
· £38 Warhammer: Khaine - Available While Stocks Last - The next installment of the End Times.


The book contains rules for characters including Malekith, Tyrion, Imrik, some chap called the Eternity King and The Avatar of Khaine.
Apparently there are "amazing changes to how magic works in the End Times" and it looks like each lore gets a new spell, there's a preview in the magazine but I don't have time to type it out now.
They talk about the lists in the magazine: There is the Host of the Phoenix King which seems to be a combined Asur, Asrai, Druchii army under Malekith and Teclis and the Aestyrion, who are loyal to Tyrion.
There is a third list mentioned but no details given other than: "In Warhammer: Khaine there is, once and for all, an absolute winner in the war for the Phoenix Crown. The third army represents the Elves that survive."

· £27 The Hobbit - Thranduil, King of the Woodland Realm: Available While Stocks Last - Contains 2 Finecast miniatures of Thranduil mounted on horse and on foot in a clampack.

· £27 The Hobbit - Legolas Greenleaf, Prince of Mirkwood: Available While Stocks Last - Contains 2 Finecast miniatures of Legolas mounted on horse and on foot in a clampack.

· £15 The Hobbit - Tauriel, Mirkwood Exile: Available While Stocks Last - Contains 1 Finecast miniature of Tauriel on foot in a clampack.

· £12 The Hobbit - Mirkwood Armoured Captain: Available While Stocks Last - Contains 1 Finecast miniatures of Tauriel on foot in a clampack.


Black Library New Release items for this week are: -
· The End Times: The Curse of Khaine - 400 page hardback novel tie-in for Warhammer; The End Times, in English language only.

A thanks to Peter over on Talkwargaming to being on top of the Warseer infomration. His article can be seen here
http://www.talkwargaming.com/2014/11/leaks-end-times-khaine-and-hobbit.html
11/17/2014
Natfka
New Releases , News Headlines , Rumors , The End Times , Warhammer Fantasy