Home » Lord of the Rings » News Headlines » Rumors » The Hobbit » Battle of the Five Armies Expansion and LotR.

Battle of the Five Armies Expansion and LotR. 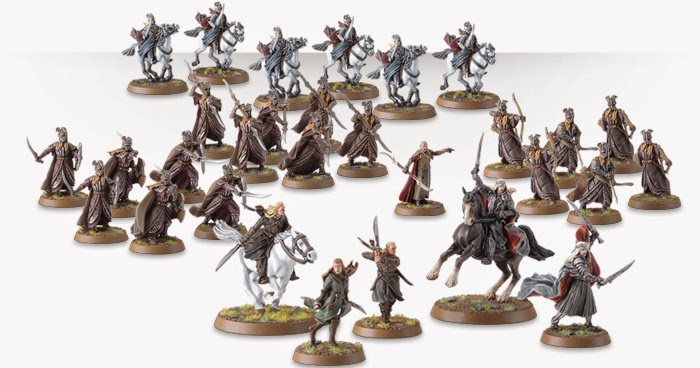 While we have all heard that the licensing for the Hobbit will run out 2016, it will not be the end of the models as it appears that the LotR licensing will last through 2018. That leaves these models hanging around for quite some time.

via an anonymous source on Faeit 212
GW will re-release the War of the Ring Game with a Battle of Five Armies Expansion for the Hobbit Miniatures. GW want to use the Ring War Ruleset for getting over to the end of the Licence in 2018. A remake of the skimisher system  will not happening after the Lost of the Hobbit licence in 2016.


The "how to painting Citadel Miniatures" Book bears the Lotr Logo, it's not only because the Tutorials in the Guide feature no Hobbit models. GWs Hobbit licence runs only until Early 2016, the other runs until end of 2018. When GW loses the Hobbit licence, they must release a new Rulebook with only Lotr content and the Logo of it.
11/28/2014
Natfka
Lord of the Rings , News Headlines , Rumors , The Hobbit