Does Forgeworld use Finecast Resin? 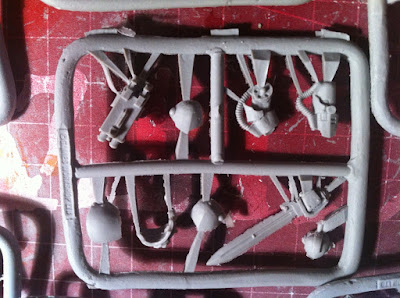 We have been seeing this pop up on occasion more than once. Well, here it is again, with another person recieving models that look like finecast and being very frustrated and ticked off. Take a look at the pictures posted, they indeed do look very similair.


I also have posted a response from Forgeworld regarding this matter from a previous find and complaint some time ago. It explains that Forgeworld uses several different types of resins for different types of models but is no way connected to Citadel Finecast. I can imagine that some of the resin might be similair in look and feel, but it is not the same resin.

I hope this helps solve this problem for people. My suggestion if you are unhappy with models from forgeworld, simply give them a call. From my understanding their customer service has always been excellent. 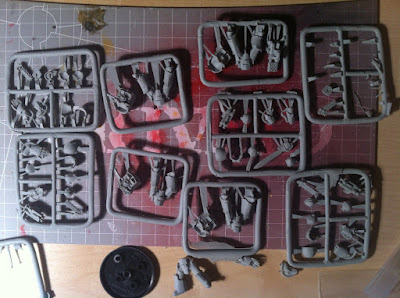 via Antigonos (he posted up on several forums under different names, but same post)
I got at the mail the new Tartaros Terminators kit and I was shocked to discover that instead of the resin that FW used for its other kits, the models in this one were made from finecast. The models were in sprues similar to the finecast sprues, but what convinced me was both the colour and the consistency of the resin. Simply put, the new resin is softer and more malleable than the older one.


As far as I have noticed, there were no miscasts or better not more than usual (a couple of mould misalignments and mostly on the helmets, which is extremely annoying). BUT there was a lot of flash and mould pieces left on some surfaces. Almost every bit has a flash "fur" at its edges.

I can't say I am thrilled about the change, especially since the new material resembles soft plastic (the sword of the Sergeant bends easily), but at least it was not the bubbly horror of Finecast.


P.S.: If you need pictures, I will try to get you some later.

Edit: After a closer inspection, I can attest that there are bubbles, but not as many as in the other finecast products. Still though, unacceptable for that price tag.


via Forgeworld when addressing this issue before
"(...)To address your points, however, we'd like to point out that Forge World do not sell Finecast products; Finecast is a Citadel brand, not a specific type of resin, and so we are not operating some sort of scam as you imply in your e-mail, nor are we misrepresenting our products. As we are perhaps the largest single manufacturer of resin models in the world, it should be unsurprising that the Citadel decision to begin using similar materials a certain amount of consultancy with ourselves.

"Forge World use a huge range of different types of resin and just as wide a range of casting methods depending on the kit in question. You'll note that the resin used for a Titan is very different for that used to produce solid resin scenery, or a smaller resin infantry model, or indeed the new range of hollow resin scenery that we're starting to release. What you describe as 'Finecast resin' is simply a different mix, one that we've used for some time for smaller and more detailed models where appropriate.

"The centrifugal casting process used to produce the Citadel Finecast range is again something that Forge World began looking at some time ago; you rightly point out that the traditional drop-casting method is extremely time- and labour-intensive, the spin-casting method is just as involved but the quality checking is rather more critical. This has obviously not been performed as stringently as it should have been, but as the Citadel and Forge World production teams are separate we're obviously unable to comment upon, or influence, the policies in place regarding Finecast."