What's On Your Table: Grot Guard 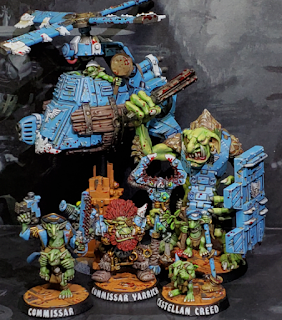 I am currently updating my Grot Guard for the new edition. I painted some sisters last year but it was a bit too grimdark so I needed a break!! Here are the latest additions, a new version of my commissar model using goblins from Hrothgorn's Mantrappers Underworlds warband, a couple of cheeky snotlings named Castelland and Creed, the biggest and best Runtherd in the galaxy, Zodgrod Wortsnagga (who I am using as Yarrick), the last of six Trollgryns finally painted, and a "Snotkopta" which will count as an Armoured Sentinel.

Older gamers may remember Zogrod from 2nd Edition, and he has always been part of the bigger plan when making the army and a key part of the fluff. An excerpt from the 2nd Ed Ork codex reads as follows. "During the course of his wanderings, Zodgrod came across the writings of another Ork Runtherd named Narflung who had performed experiments upon his Gretchin until they displayed increased intelligence, aggressiveness and coolness under fire, becoming a formidable military force when they worked in concert."

I hope you enjoy the latest models, I am currently building a second Snotkopta in the hopes of joining the PlayOn Tabletop guys for a second battle report later this year. let's hope those silly snotlings don't press the wrong button when supercharging the plasma cannon!

Thanks for sharing,
Matthew 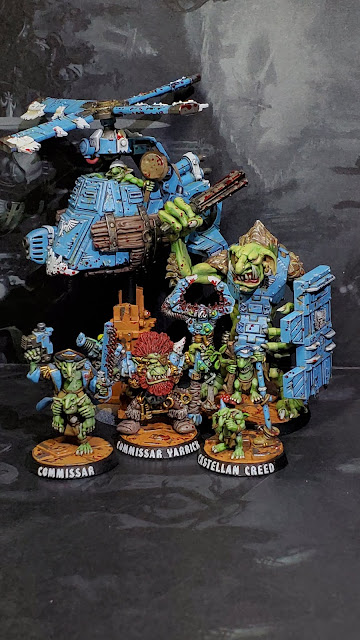 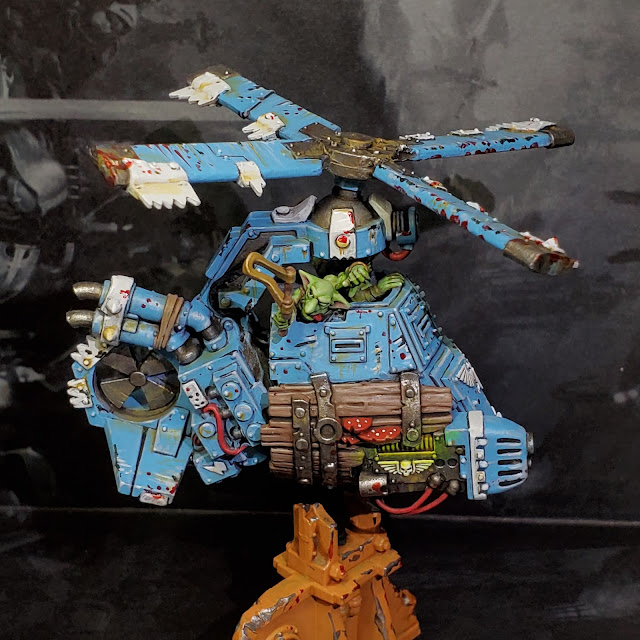 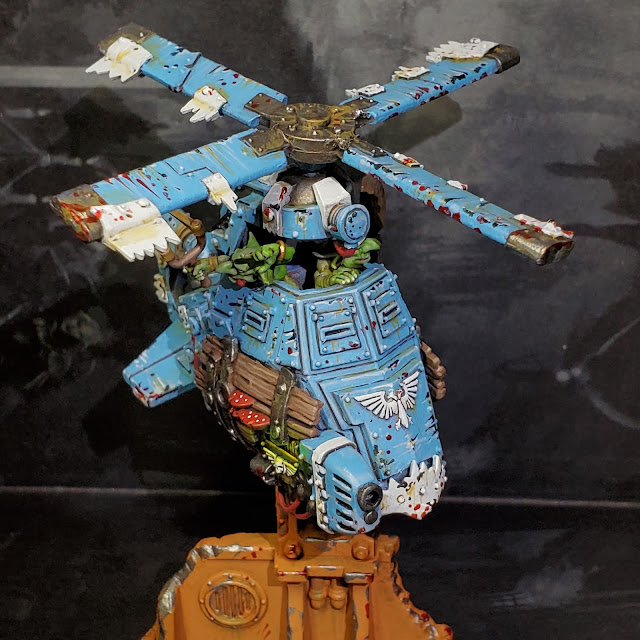 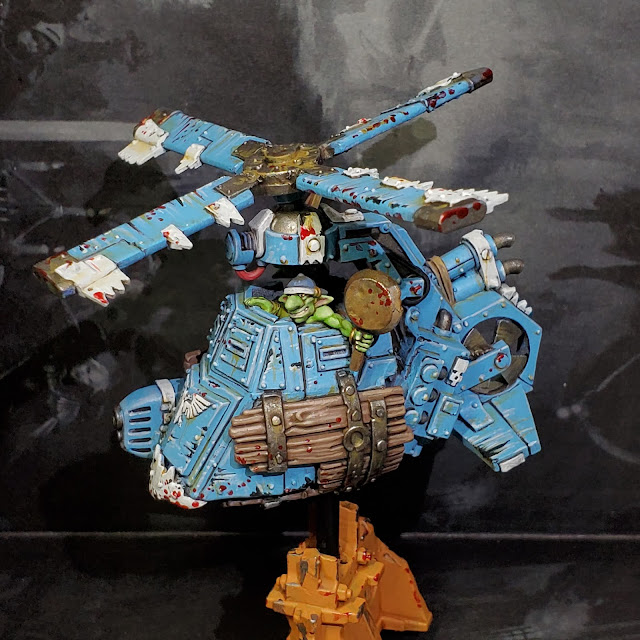 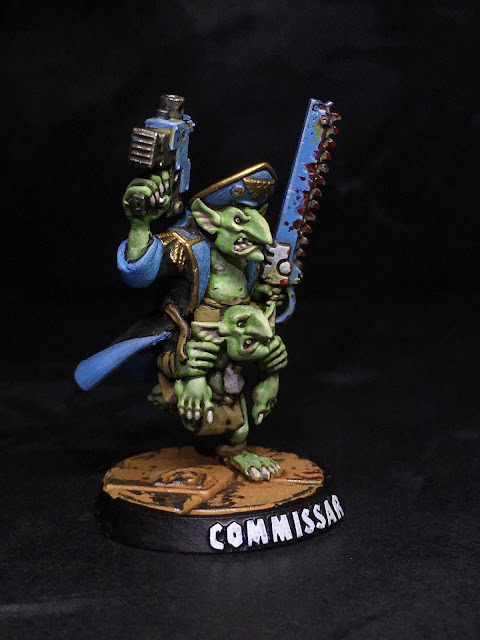 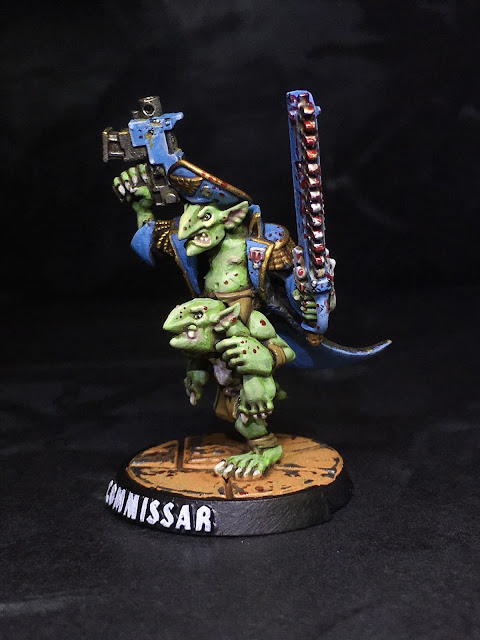 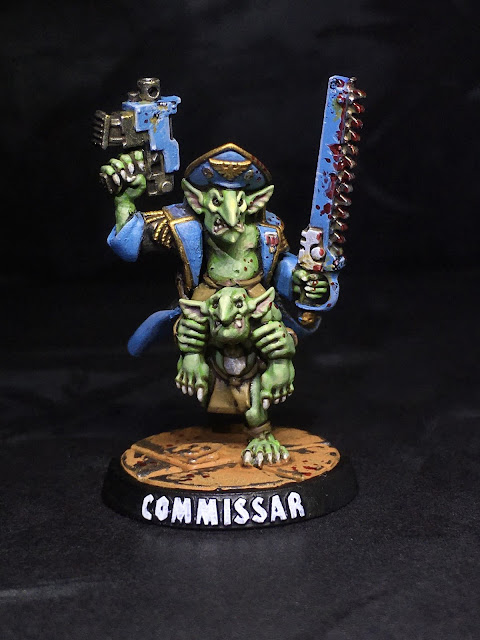