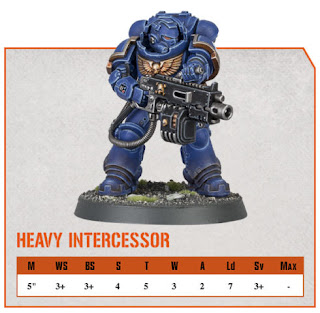 Heavy Intercessors are quite the rage right now with 3 wounds and incredibly powerful weapons at their disposal. Of course they cost you a pretty penny...... Today's preview shows off just how strong they are.

These will be finally available in the new Kill Team box set, but its the price point that may throw you off. Here is a link to the leaked price you have to pay to get these guys.  125,00 Euros. I will let you guys figure out the per model cost of the box. 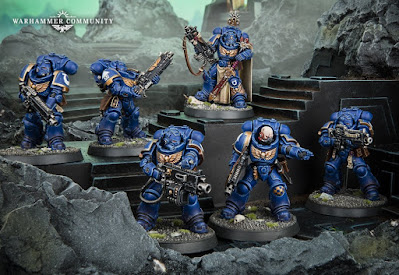 via WarCom
https://www.warhammer-community.com/2021/02/18/more-toughness-more-wounds-bigger-guns-heavy-intercessors-have-it-all/
Regular Intercessors have some serious competition from their chunkier brothers, who get an extra Wound and point of Toughness, alongside stronger guns at the cost of only 2 additional points and an inch of Movement. This means that, as the first Gravis-armoured Space Marines available in Kill Team, Heavy Intercessors are the toughest troops in the Astartes roster.*
Their shiny new heavy bolt rifles are no slouches either – with Strength 5 and a range of ammunition types, giving anything from more shots to an extra point of Damage, they’re perfectly suited for tackling their rival elite operatives. Best of all, as you select models individually in Kill Team, you can mix and match their ammunition choices to your heart’s content.
Aside from their regular rifles, the ability to select up to two Heavy Intercessor Gunners per kill team means you can include more newly improved heavy bolters than ever before. As you may remember from Codex: Space Marines, not only has the regular version we all know and love got an extra point of Damage, but two new versions are now available.
While the hellstorm heavy bolter throws out a teeth-chattering 4 shots, the executor heavy bolter trades speed for power with 2 shots at an almighty 3 Damage apiece. These options are especially important for those players looking to form an all-Primaris kill team, as Heavy Intercessors are the only Primaris models able to take the Heavy specialism to better carry their big guns into battle. 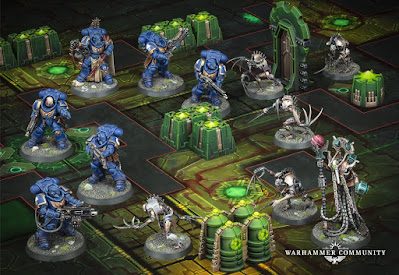