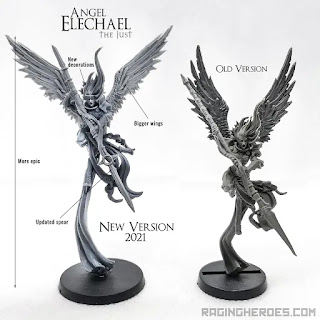 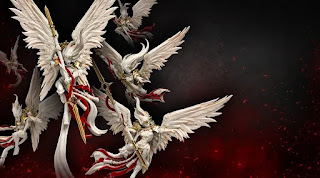 Along with her trusty and steadfast Command Group, Meleniel musters a force of incredibly powerful and graceful warriors. As deadly and vengeful and they are beautiful, they fill any nearby allies with a pious rage, driving an army on to victory, no matter the odds.

Head to our website and check out Meleniel and her All-Star Angels.

As you may have seen back in August last year we re-released the Sisters Exemplar with brilliant new sculpts. These were in response to some changing trends and community feedback, asking for bigger, bulkier versions of Raging Heroes classics.

Check out Elechael the Just, highlighting the changes between the current and new versions!