Their second Kickstarter from Saucermen Studios- Lost Colony: Spaceship Graveyard is a 3D Printable set of battlefield terrain for your games. Definitely an interesting set for your gaming tables.

Yesterday we launched our second kickstarter for 3D printable, scifi terrain - It funded in ten minutes and already has 14 stretch goals unlocked. I'd love to discuss how this could be highlighted through your site and added to your Kickstarter Roundup.

Lost colony: spaceship Graveyard is a modular starship wreckage system. It's all about customisation, fallen spacecraft and the fragments they leave behind.  This 3D printable terrain has a huge core set of 80+ interlocking spaceship wreckage parts and is delivered as stl files. It includes incredibly detailed, double sided hull plates with both internal and internal features.

The stretch goals will add another 130+ models to the set and we aim to add bonus goals in the coming weeks.

You can easily design and build small crash sites or battle amongst the sprawling wreckage of cracked airlocks, damaged engines and high tech gadgetry. 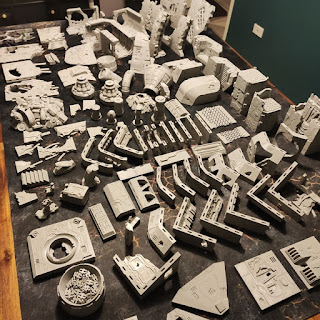 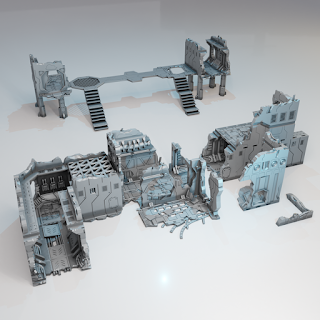 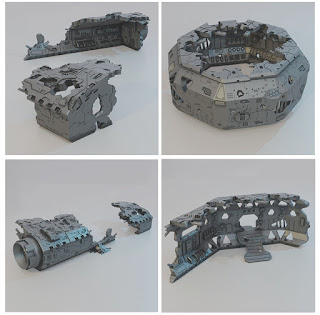