Home » The Genesys Project » Dive Into the Fey: A Preview for Revelations and Exodus

Dive Into the Fey: A Preview for Revelations and Exodus 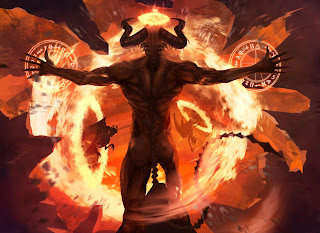 Revelations and Exodus Preview: The Fey

The Fey have fallen into an endless war of Light vs Darkness developing new traits, pushing the limits of existing ones, and founded new additional Spheres of Influence. So who are the Fey? and what are they going to be seeing in the new books?

Both Revelations and Exodus are in Pre-Orders

Who are the Fey
The Fey are outsiders existing in realms of Light and Darkness. Their origins are from outside of the reality of the mortal worlds and are immortal.

There are three paths of the Fey; the Path of Light, Darkness, and Twilight. Their realms are divided up into the following Spheres of Influence from which you select your traits to create your faction in The Genesys Project.

New Spheres of Influence
In Revelations and Exodus new Spheres also appear which we will delve into another time. The 2nd Age for instance brings in Righteousness and Hatred which allow those that delve into them a pathway or fall from Light to Darkness and vice versa.
Traits within the Spheres of Influence will find themselves evolved from the previous age dependent upon the trait and ability which often comes with a new point cost. There are also somewhere around 46 new Traits in each book for the Fey alone! Add that to what is existing and the possibilites are immense. 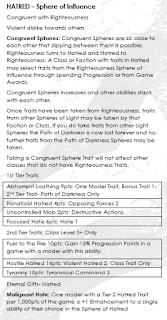 Creating your Own Sphere of Influence
Yep you heard that right. Starting in the 2nd Age your Paragon Classes (near god-like in power) are able to create their own Sphere of Influence by selecting their own traits to combine into a new Sphere of Influence unique to you! This will effect your faction right down its core as you can create classes that are solely within your new Sphere of Influence.
Fey Armory
If that was not cool enough the Fey have their own Armory section now with weapons and armor empowered by their strength of will. This includes Particle Lances (ranged weapons) from Light and Darkness, as well as Fey Armor, and other equipment.
New Battle Plans
OK, that might be a little fib. The Fey have advanced beyond battleplans to Eternal Gifts which every Sphere now offers. If your faction has a 2nd Tier Trait in this Sphere you have access to an Eternal Gift for the game..... and they cost no points!!!! These are rather cool. Check out the images to see a couple of them....... There are 27 to choose from that involve Terrain Manipulation to powerful Auras, Enhancements and more.

New Classes
As the Fey expand their eternal war beyond the heavens into the mortal realms, so are they developing new classes to deal with it.
Avatars are an aspect of the Paragon focused on a specific Sphere of Influence held by the Paragon. While others often create the Avatar through ancient rituals and rites, an Avatar may be taken over or possessed by the Paragon to enforce their will upon the battlefield. Best part yet..... your Paragon can possess and field multiple Avatars in a single game. The Power of your Paragon has never been stronger.
Fey Constructs are Non-living constructs created or grown to be bonded with the spirits Fey who have died. Spirits of the Fey who have died violently are easier to bond to the Construct but also make them unsuitable to lead or command. These machines of war are created from another class of equal Class Level carrying over their traits and abilities into a massive physical shell of a body that is both strong and tough to push the limits of war.
Over-All Fey
They new Fey are incredibly diverse and we will be diving into them more soon. Everything you see here so far is the 2nd Age and we did not even talk about Powers or Specific Traits! Your imagination is only the beginning when it comes to creating your own Fey Faction.
2/11/2021
Natfka
The Genesys Project