Preview- Hedonites of Slaanesh 3 Different Ways to Play Them

The Hedonites of Slaanesh are a great looking army as well as having some very interesting ways to play them. I have a feeling those Godseekers though may be a the most solid of choices getting additional movement with their numerous chariots. Sounds like fun.

The Hedonites of Slaanesh are up for preorder in just a few short days.

Three Ways to Field the Hedonites of Slaanesh 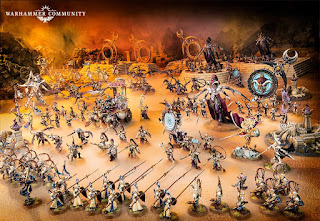 Godseekers
"All Godseeker units* add an extra inch to any charge move they make."
"A Godseeker host can take Seeker Chariots as a Battleline unit, allowing you to field an entire army of blindingly fast cavalry"
Invaders
"Why have just one general when you can have three?"
"Make one a Lord of Pain, unlocking Myrmidesh Painbringers and Symbaresh Twinsouls as Battleline units."
Pretenders
"A Pretender general can select two different command traits to take into battle, allowing them to become a consummate duelist capable of striking out on their own and hunting down enemy Heroes far from their own forces."
"All Pretender units with 10 or more models can re-roll hit rolls of 1, whether at range or in the storm of melee combat" 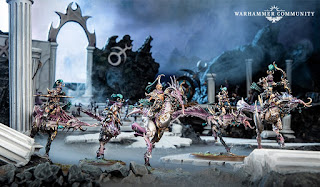 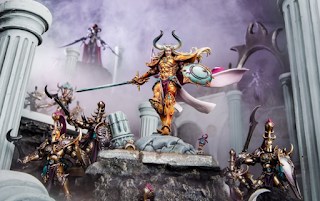