What's On Your Table: UCM Fleet 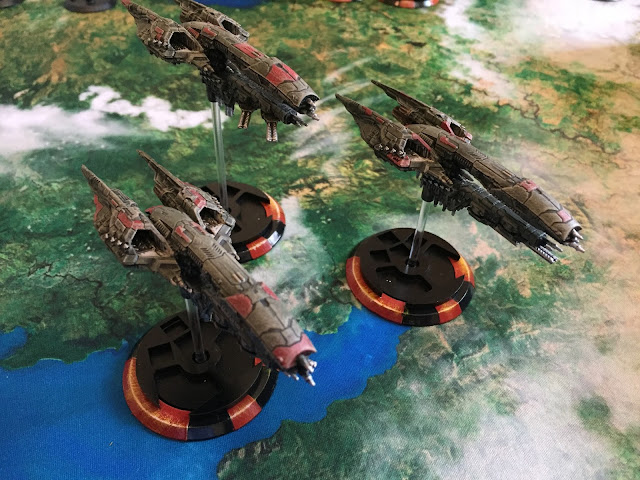 So I have been working on a couple of different projects.

The first is my UCM Dropfleet Commander paint scheme. Still waiting on one starter box (they never shipped it with my kickstarter and it's been months now 😡) - and also the new Saratoga light cruisers. While the ships are finished, some of the bases are not so... meh!


My Capitol ship is the UCMN Donnager - essentially the New York carrier in the middle flanked by the UCMN Titan (Beijing) and the UCMN Huxley (Tokyo). The one experimental battlecruiser, the UCMN Firefly (Avalon) also earned its place in the middle. None of the others except one corvette and Moscow  have really earned their names - the UCMN Skorpian (corvette) for not only taking down 4 strike carriers in a game with his squad with only him surviving, but also putting the final three hull points on a Diamond as it failed all its saves (and survived the explosion with two 5+ saves). The UCMN Reaper got its name for going weapons free for two turns and killing two full frigate squads and two full health cruiser and before ramming himself into a heavy cruiser and killing it in the ensuing explosion 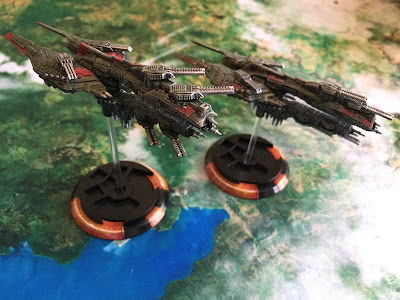 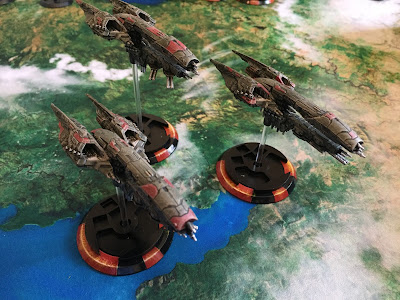 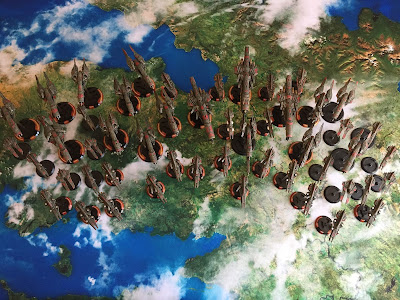 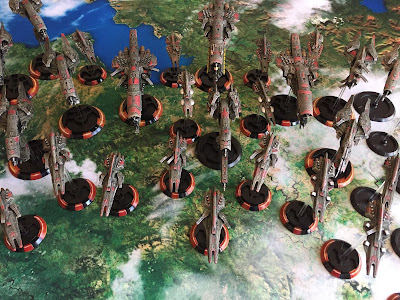 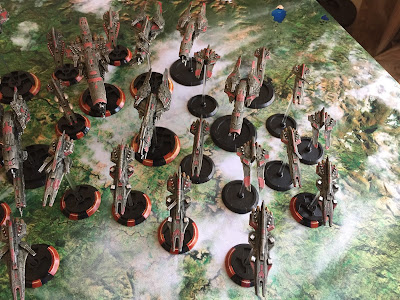 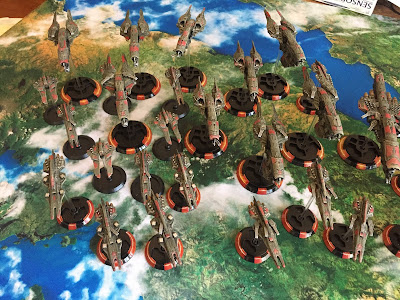