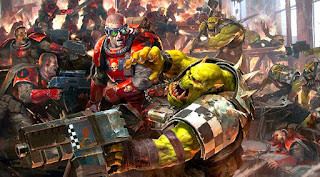 We were talking about the success of Shadow Wars Armageddon and the expectations of Game Workshops had for it. While we saw an idea earlier yesterday of just how many boxes were sent out to several countries, we can see below that their expectations were much less for the game compared to the Gathering Storm Trilogy.


Again, while this doesn't provide a full picture, it again gives us a little additional insight to exactly what was sent to the US.

Ive included yesterday's article as well, so that we can see both together. The graphs below really show though what GW expects to be big, and I wonder what lines up these months. My guess without digging is the big 40k releases are easily seen here.

via sources on Faeit 212
I just wanted to chime in on the "Just How Many Shadow Wars Boxes Were Sent Out" topic:

As you can see on the attached pictures, GW USA received a big load of shipments in February - in fact, it was by far their strongest February ever.
While March wasn't half as busy as February, it was still better than any previous March.

This probably shows that GW were better prepared for the success of the Gathering Storm trilogy than how well SW:A was received.

Sent in via a reader on Faeit 212
I looking for buying lot of shadow war box... but out of stock everywhere...
but, I am sure that GW have made a mistake with the quantity of boxes making.
I have pic of the french, italian and german box, and I can found how many box are making.
1000 french
1500 german
350 italian 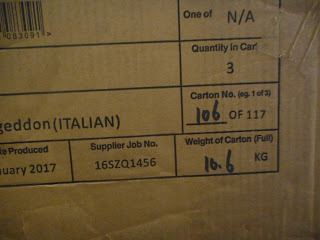 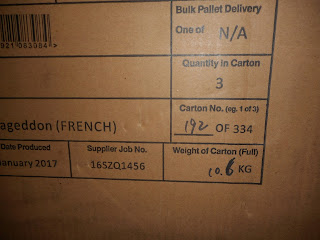 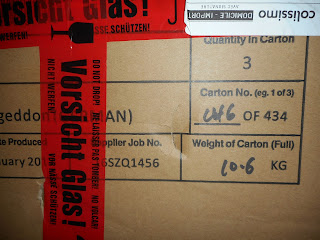