Home » The Genesys Project » Cult of Atlantis: Create a Faction

Cult of Atlantis: Create a Faction 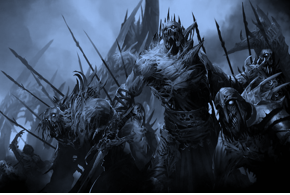 Its always fun when you see something unexpected with the Genesys Project. The Cult of Atlantis is a fun faction of Undead with Demonic abilities and a Great Undead Beast as their Paragon... The Kraken.


So far we have seen a lot of variability with the new Fey Domain. If you have not yet seen them, check out the previous entries below.


The Genesys Project
To join in and see what the latest for the Genesys Project, head on over and sign up to get your free product code and jump right into the open beta.
http://www.thegenesysproject.com 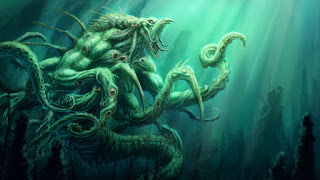 Cult of Atlantis
Origin
Millennia ago, not long after the first humanoids appeared from the Genesys Project, there was a civilisation known as the Atlanteans. From their coastal capital, Atlantis, they struck out and conquered vast territories, and they were feared far and wide for their magical prowess. But the fey watched the Atlanteans from the Ether, and one particular entity was enraged by their actions. One group of fey sent a great beast known as the Kraken to shatter Atlantis with great tidal waves, leading an assault to destroy the city.

But as Atlantis crumbled, the Atlanteans offered up their souls to dark powers, and so, although Atlantis was no more, the Atlanteans survived as skeletal undead. They live beneath the oceans, striking at ships that come too close, and refilling their ranks with those slain in their raids. They are led by the demons of the seventh sea, and on their largest raids, they bring with them the Kraken, risen in undeath to serve those who it sought to destroy so many years ago. Now, the Cult marches forth upon the land, seeking vengeance on the fey who wished their destruction, and re-conquering the nations they once held. 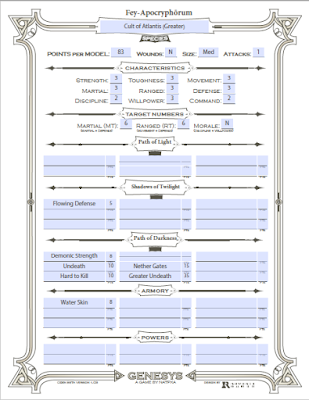 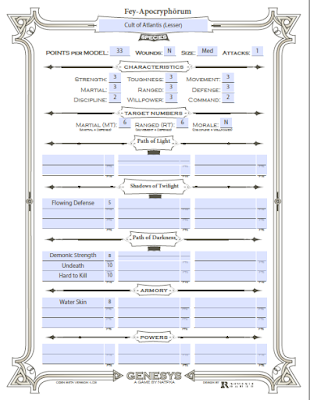 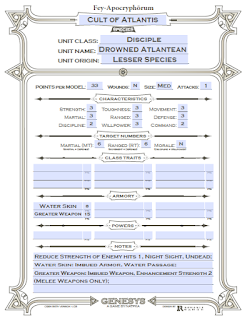 Drowned Acolyte
The Drowned Acolytes are novice necromancers, they cannot raise new undead, but they can control the mindless hordes of lesser undead that serve them. 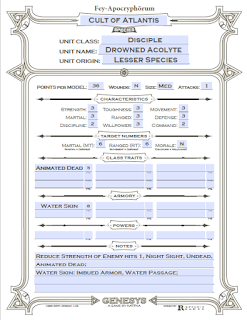 Drowned Pirate
Drowned Pirates sailed the seven seas in life, attacking innocents as they did so. In undeath they do the same, striking swiftly at the enemy from the frontlines. 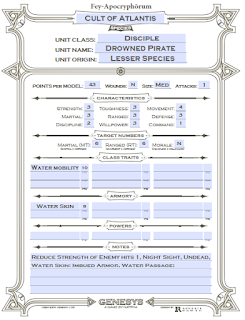 Risen Zombie
Risen Zombies are brought to life by the Seventh Sea Liches. They have no intelligence of their own, and so their every action has to be controlled by Liches or Acolytes. They are viewed with contempt by the free-willed undead, but still considered better than the living. 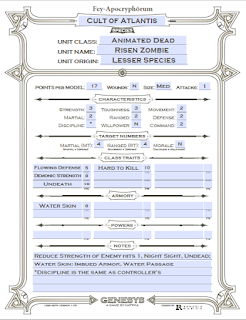 Galley Slave
When the Cult goes to war, they often capture civilians, enslaving them to do the menial labour that the undead should not stoop to. The Galley Slaves are used to row their war-boats, but when battle is joined on land, the Galley Slaves are often sent in the first wave as expendable troops. 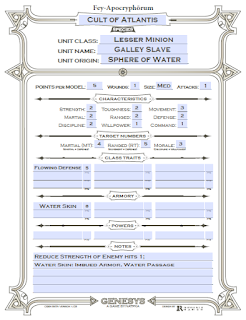 Seventh Sea Lich
The Seventh Sea Liches are powerful undead who participated in the original ceremony to sell the souls of Atlantis to the demons of the seventh sea. They raise mindless dead as Risen Zombies with ease, but it takes hours of rituals to raise a single drowned corpse to life as a free-willed undead. 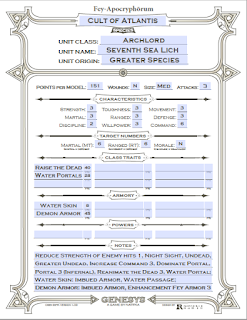 Seventh Sea Demon
The Seventh Sea Demons were called upon by the great wizards of Atlantis as it fell, and they bought the souls of the Atlanteans, turning them into powerful undead, in return for their endless fealty. In battle, they move swiftly, summoning the portals that allow for transportation of their armies. 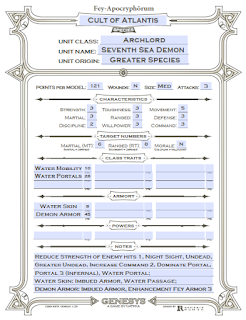 Seventh Sea Vanguard
The Seventh Sea Vanguard consists of the highest ranked nobles of Atlantis on the day it fell. They were transformed by the powerful ritual into great demonic hosts, fighting at the forefront of the Cult’s army. 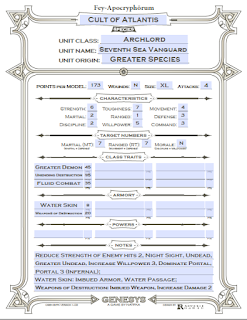 The Kraken
The Kraken was a great beast of the ocean that led a huge army in the destruction of Atlantis. But as part of the ritual cast as Atlantis fell, The Kraken was slain, and brought back to undeath to forever serve the Cult. Now, as the Cult marches forth to take back their territories, The Kraken rises from its slumber to fight upon the land and destroy all who face it. 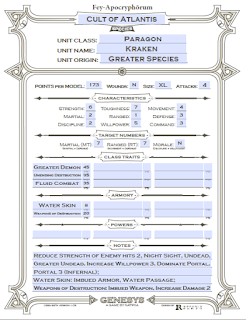 Drečati Demons
They are a faction bent on fast and hard melee combat, with dangerous shapeshifters that are able to infiltrate into the opponents ranks