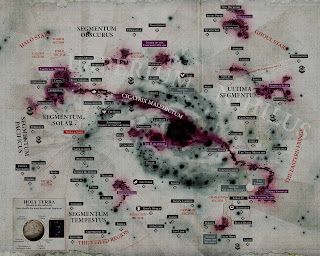 With warp storms everywhere, missing locations (some were said to be by mistake), the new 8th edition Galaxy map is looking sharp. Today the Warhammer Community takes a moment to take a brief look at it picking out Armageddon as one of those hot spots for the new edition.

The map above was from a week or so ago, while new images are below.

We saw already, in the galaxy map, that a wound has been torn through the Imperium by the mother of all warp storms. Today we have a look at exactly what this means for one familiar planet – a place you guys have all be fighting over for the last few weeks, and for some, even longer – Armageddon.

As the rift opened up across the Imperium, Armageddon was lucky enough to not be cut off from Terra, but that is no guarantee of safety. 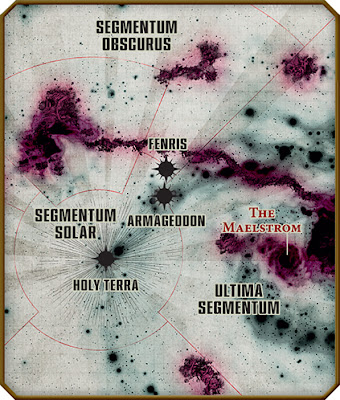 The world was already a battleground for an Imperium desperate to hold onto a vital manufacturing world, as they fought against the largest Ork Waaagh! in millennia, which is driven by the greenskins’ primal urge to re-take this former heart of their ancestral empire*.

Since the warp rift tore through the heart of the galaxy, Armageddon has found itself directly in the path of The Blood Crusade, a vast legion of Khorne’s Daemons pouring into realspace. 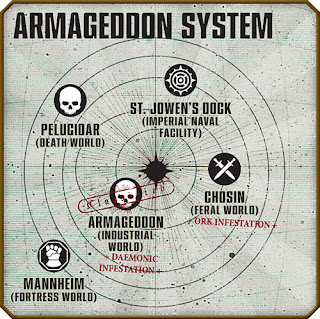 The world looks set for one of the greatest wars in Imperial history. Greenskin, human and followers of the Blood God – all have unfinished business on the ash wastes of Armageddon, and only time will tell which force will triumph…

Armageddon is just one of the war zones erupting in renewed conflict in the new edition of Warhammer 40,000. We’ll have news from a few others as the new edition approach. Exciting times.