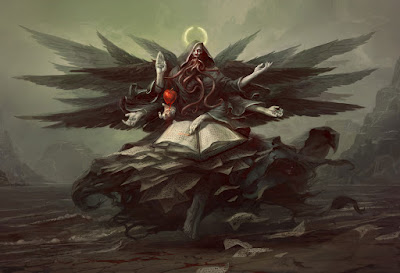 Again we have a very unique set of factions for the Fey Create a Faction Contest for the Genesys Project. This one uses a Rebel Lord to grant to Opposition traits, which we had not yet seen.

"In the eternal war for absolute truth, the Ignosi have lost their way. While in the pursuit of knowledge, the Ignosi allowed deception and lies to filter into their core being"


The Ignosi, Eternal Knowledge
In the eternal war for absolute truth, the Ignosi have lost their way. While in the pursuit of knowledge, the Ignosi allowed deception and lies to filter into their core being. Many of the Ignosi still see themselves as puritan in their search for knowledge and truth and are blind to the lies that have crept in. Others aware of the deceit, have embraced the lies, and see them as necessary opposition to perfect true knowledge. This internal conflict tears at the Ignosi, for the truths they once knew have had lies of deception interwoven into the fabric of their being.

Heroes within are needed to purge and protect their kind, for without, madness will overcome. 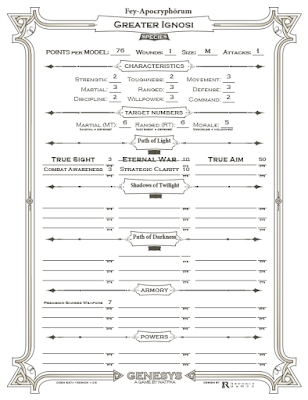 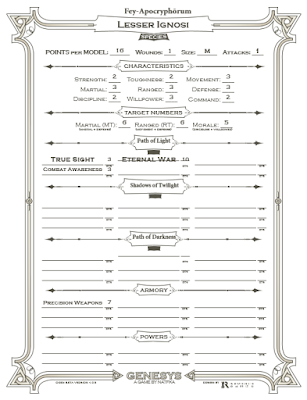 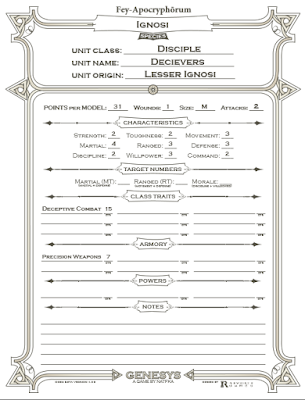 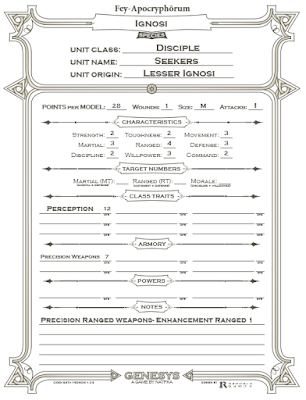 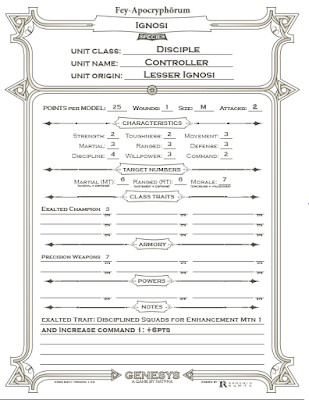 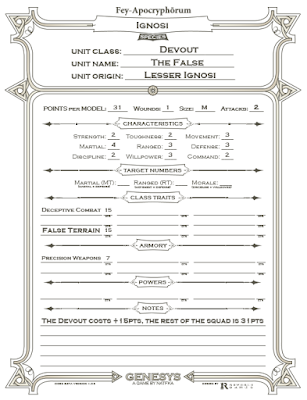 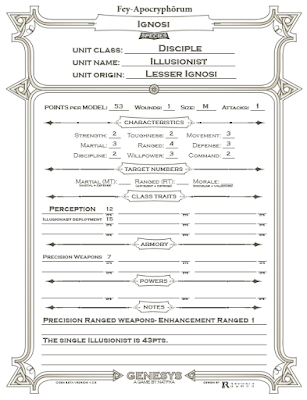 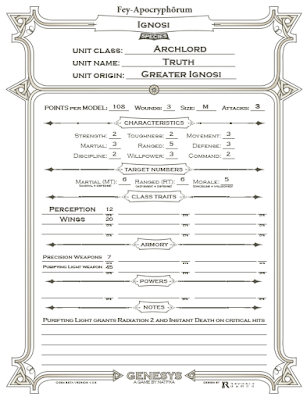 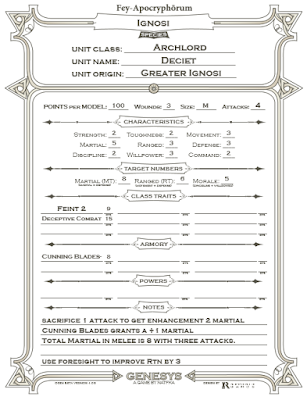 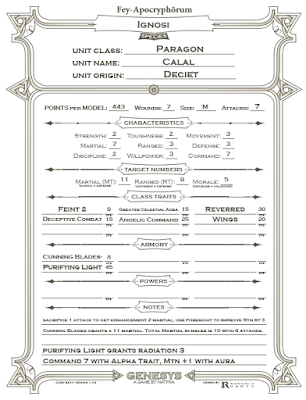 Feratu Legion
"For if God did not spare angels when they sinned, but cast them into hell and committed them to chains of gloomy darkness to be kept until the judgment ..."
4/19/2017
Natfka
The Genesys Project