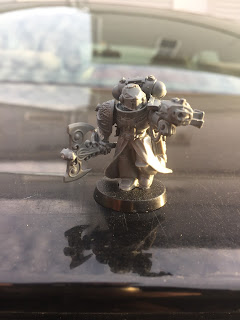 While the Dropfleet Commander project is almost done, there are others I have been working on.


The other project I have been working on is my "kill team" for shadow wars. Meet Constantine Lucius - this bad ass died in each one of my 7 games - and out of 6 of those games rolled a 6 to come back - which essentially means h not only comes back, he gets a free level/upgrade roll. He is essentially now a melee monster wielding his huge daemon hammer.... axe. While I wanted to give him a hammer, I settled with a cool looking dwarven axe as either a testament to his stubborn constitution or his dwarven resilience to death. Pieces include Dark Angel legs with grey knight upper body, head and legs. Interceptor backpack with top rods trimmed, and an assortment of holy vials, bottles, and his trusty holy book strapped to his side.

My last project is recreating Gerantius the Lost Knight. Essentially I love his fluff: The Knight was not only an old chassis but was also somewhat battleworn and forgotten. I wanted to build a Knight that not only looked like he has seen some nonsense, but actually wielding a sword! Loe and behold my version of Gerantius. Parts were mostly just the Imperial Knight kit with an extra Titan Chainsword I had laying around to "extend" his sword. Sadly I made a slight mistake since battlescribe has him with two stubbers and the White Dwarf with only one - but meh it looks much cooler that way so it's staying (stubbers are from Chapter House Studios). Now I just got to find some cool pommel to go at the hilt of the sword... 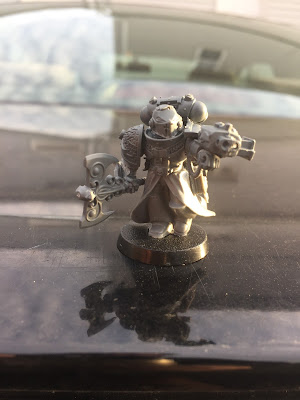 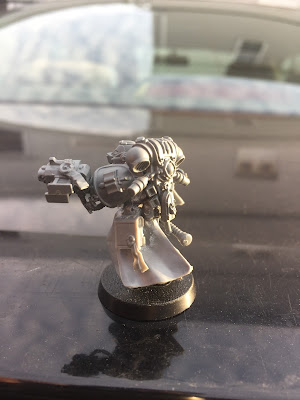 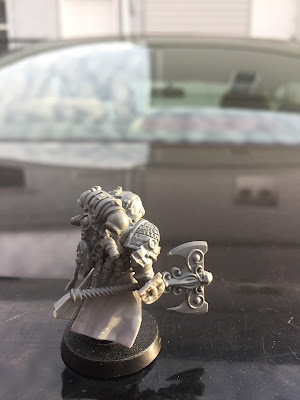 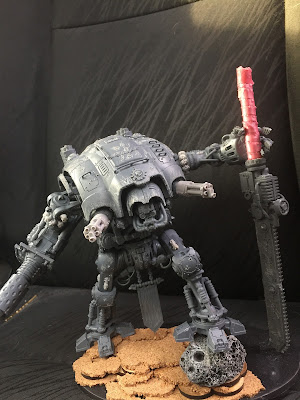 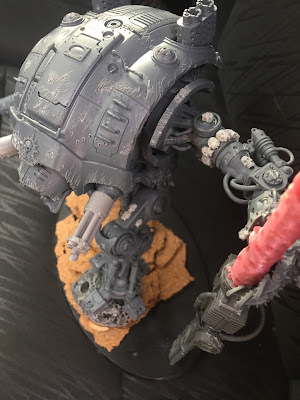 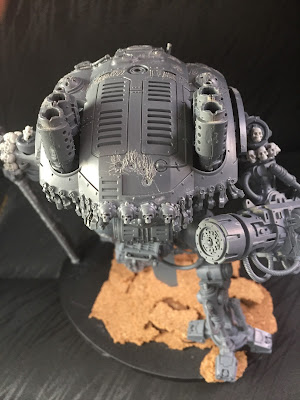 Hopefully you guys enjoyed round II