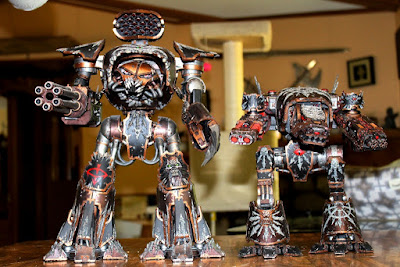 I just finished the Warhound to go with my Reaver.  The Reaver was previously included the background of one pic I had submitted of my Chaos walkers, but I included more pics to go with the Warhound.  The Warhound has more detail & as a result was more difficult to paint & also assemble.  The sheer bulk of the Reaver made for easier drilling & pinning.


I really had to force myself to take the time to be detailed with the interior of both titans, I don't play & it will be rare that anyone other than myself will see the inside of the titans.  The original DOW game led to buying novels & then a few painted minis for my computer stand.  I mistakenly bought an unpainted termi & decided to paint it for the Hell of it.  I found that I really enjoy painting the damn things.  Now, over 50 painted models later, I just finished my last titan.  I have no desire whatsoever to paint a Warlord.  The 60+ hours I spent on each titan was a major time sink, so I have no plans to tackle that monster. 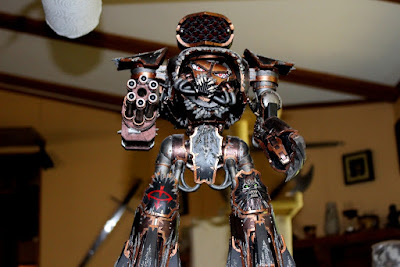 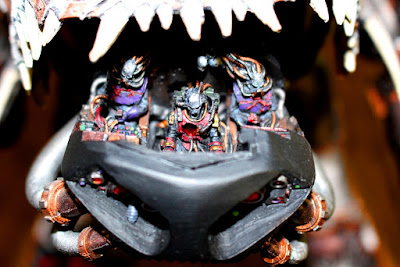 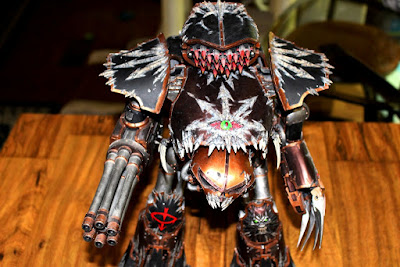 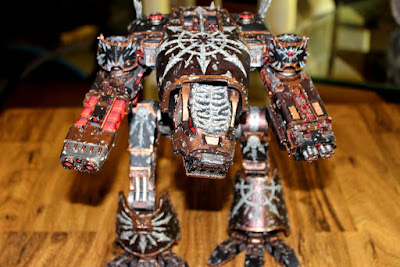 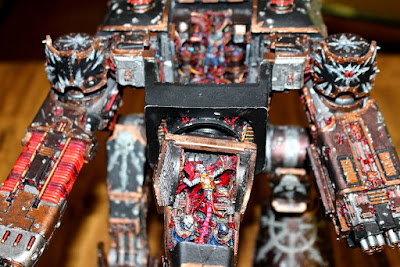 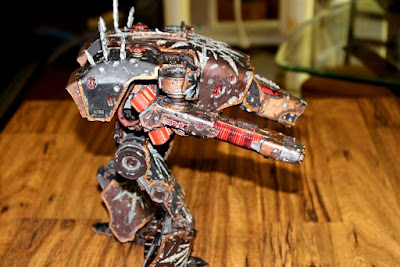