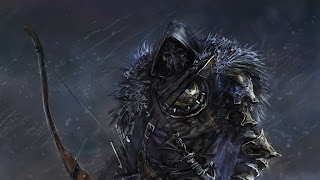 Ansi Efir were created from the broken shards of the primal god known as Fae. They seek to hunt down and destroy the cosmic horror that caused their creation by killing the Fae.


Ansi Efir
Origin
The Ansi Efir was once a singular Fae, who name has been lost to the ages. Primitive humanoid cultures often worshipped it as primal god and other Fae were in awe of this being that traversed across planes of existence and time itself, in search of ever more powerful prey. After millennia of hunting the Fae met its end, deep in the inky blackness of unknown plane at the hands of a cosmic horror.  However, for such powerful creatures, death has repercussions and Fae’s demise sent fragmented pieces of its psyche hurtling across the planes. These shards of the Fae eventually found their way to the Ethereal plane where they coalesced into a new race of Fae, which would come to be called the Ansi Efir. The trauma sustained by the original Fae meant that each member of the Ansi Efir was mentally unique although they do share some similarities. They all have a deep love for the hunt and have a single name burned deep into their mind: Tuliznak. It is the Ansi Efir’s belief that this Tuliznak is responsible for the death of their ancestor. 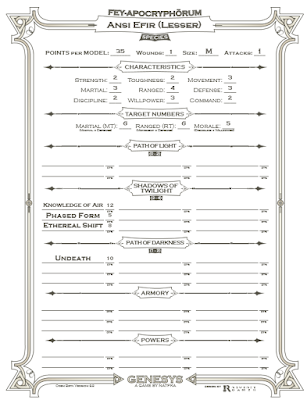 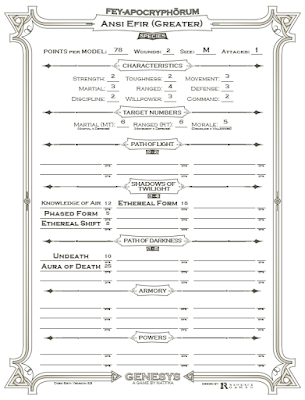 Bolts of Kit’Tam- Disciple Class
The Ansi Efir as a race are divided into groups of wandering nomads that only stop to hunt an alpha predator and in this regard the Bolts are nothing special. However, The Bolts of Kit’Tam also serve another purpose, to aid Kit’Tam the Shattered in her quest to find Tuliznak. 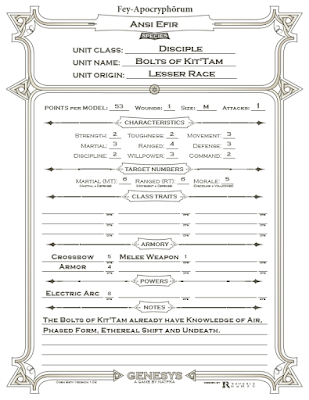 Hunt Callers- Disciple Class
There are some kinds of prey, typically those that are too powerful for a typical group of Ansi Efir to handle alone or rare enough that anything but careful measured hunting on the part of the Ansi Efir would drive them to extinction, that require special permission to hunt. Those that grant this permission or in the case of a powerful prey, organize the hunt between multiple groups of Ansi Efir, are known as Hunt Callers. On the Battlefield, the Hunt Callers utilize their abilities of limited flight, which were developed while hunting aerial prey, to tactically aid their brethren. 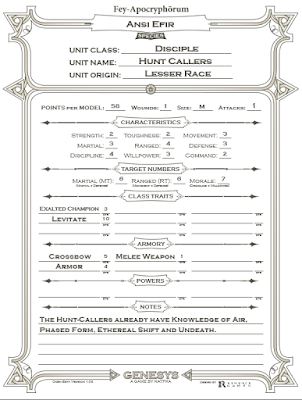 The Bearded- Disciple Class
The Bearded are a group of Ansi Efir that believe that the way the Ansi Efir typically conduct their hunts, which involve striking at a target at range while dancing just out of its range, is cowardly. The only way to truly hunt, The Bearded contest, is to confront a prey up close and personal where one can experience the full force that the prey can bring to bear. 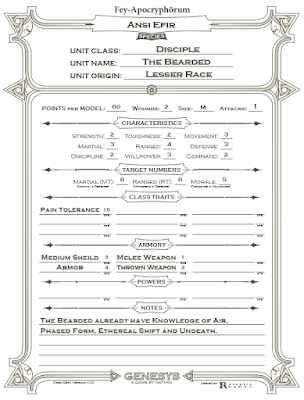 The Aweless- Sub-Class- Devout
The Aweless are a faction of The Bearded that have existed on the front lines of a hunt for centuries. These scarred, grizzled veterans have been injured and nearly died so many times that nothing, not even a mortal wound will slow them. 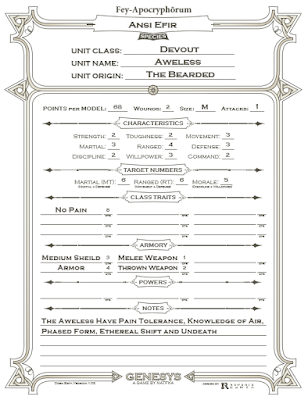 Intangible Steed- Sub-Class- Beast
Occasionally, the Ansi Efir will encounter a heard of animals have abilities that closely mirror their own. Instead of hunting them, despite the challenge they would provide, and attempt to domesticate them into steeds. 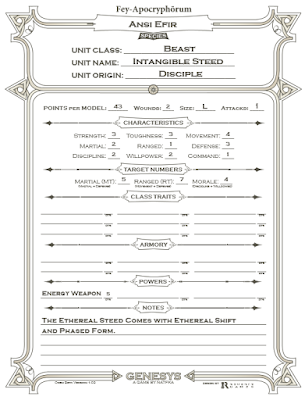 Maestro of the Hunt- Archlord
Maestros are loners even amongst Ansi Efir. Their presence amongst of their race is both prized and dreaded for they only appear amongst their people in times of ill omen or to declare a truly challenging hunt. On the battlefield, the Maestro is a force to be reckoned with, for not only does his prodigious experience lend him an incredible foresight but his ability to flit in between dimensions allows him to strike from any angle. 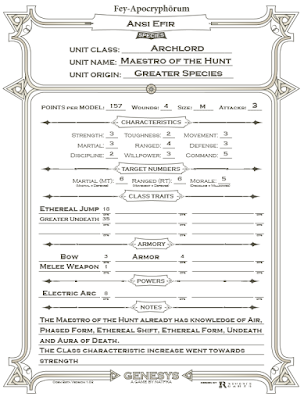 Game Warden- Archlord
Of all the Ansi Efir, only the Game Wardens are stationary. They typically take up residence on a planet that houses an exceptional prey and guard its population carefully.  In order to avoid disturbing the natives, the Game Wardens have developed a technique where they force their form into nearly any shape. Their typically long periods of inactivity allow Game Wardens to focus on developing complex techniques such as Mundares, which is a fighting technique that utilizes one’s ability to phase their weapon in and out of reality to strike at their opponents with either a two-handed weapon or two weapons.  It should be noted that some Game Wardens hunt on their own and their prey of choice is a nation-state. In this hunt, engineered cataclysms and dire political events are their weapons of choice. They wreak havoc from inside the nation until the government is on its last dying breath. In this moment, the Game Warden reveals himself and in one swoop remove what remains of the ruling body. 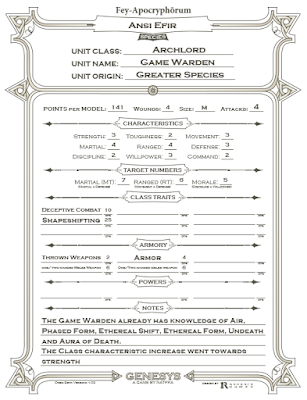 Kit’Tam, The Shattered
Kit’Tam was born of the largest shard that came from the ancient Fae. Due to this, she is the most naturally gifted of all the Ansi Efir. However, this power came with a price: she is constantly tormented with the final moments of her ancestor. She believes that this curse will only be lifted once Tuliznak lies dead. It is due to this she travels the planes and searches for clues that can lead her to Tuliznak, or for powerful foes to prepare for her eventual encounter with Tuliznak.
Kit’Tam is respected and revered amongst the Ansi Efir for not only is she the most capable and powerful amongst them, but she represents a direct link with their ancestor. 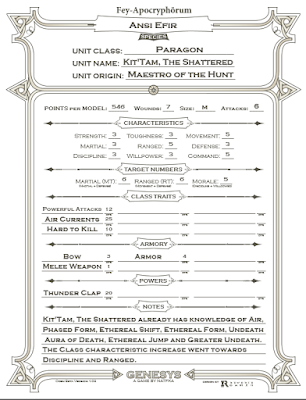