Home » The Genesys Project » The Cyhyraeth: Create a Faction

The Cyhyraeth: Create a Faction 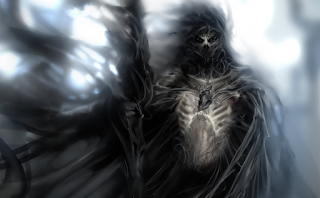 Todays Create a Faction entry is for the Cyhyraeth, a faction of Fey that embody the Darkness and the Abyss.
"Whoever reads this, be warned...The darkness has come...It is uncompromising, unending and it will devour you as it has done my people...Death itself fears the Cyhyraeth..." 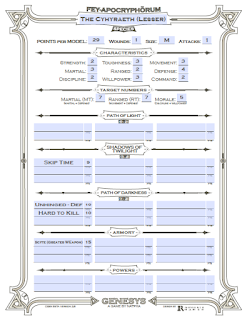 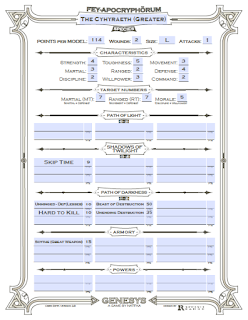 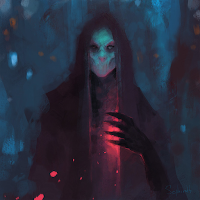 "They came for us, their movement staggered and otherworldly..."

The Shadows are the main bulk of the Cyhyraeth forces, fighting all that stands before them. Their weapons bend time around them causing them to stutter and shift within reality, making their attacks difficult to avoid. 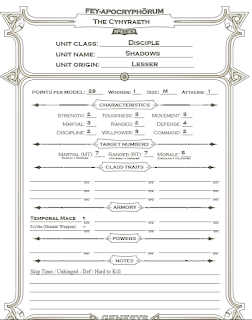 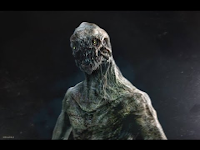 "They feasted on the flesh of those they came across...dead or alive..."

The Collectors wield large scythes that can split a man in half, only the strongest armour providing any protection. 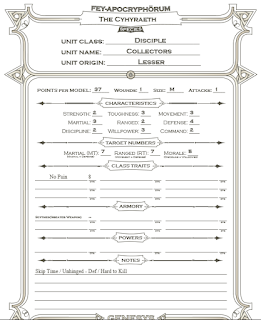 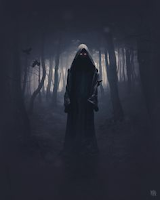 "The Shadows filled us with fear...the Darkness took our very souls..."

The Darkness are much more out of sync with reality than the Shadows, appearing and disappearing in chaotic intervals, savagely swinging their maces as they do. 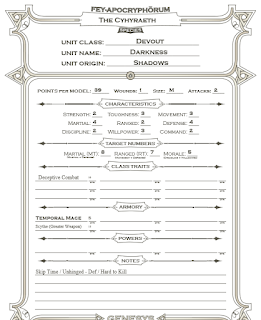 "Their scythes cut through our hardiest soldiers as if they were nothing..."

The Reapers are what their kin, the Collectors, become after years of feasting upon mortal flesh. 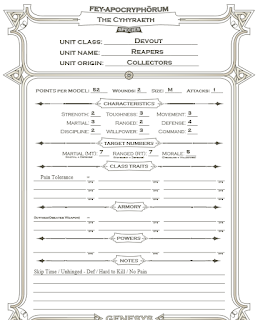 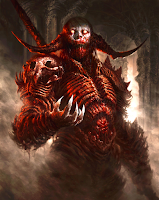 "The blood endlessly flowed from it's bone armour, the hardiest of men cowering to it's power..."

Somewhat human in appearance, the Tormenter is both a leader and a front line butcher. His monstrous scythes can cleave through ranks of men at a time, leaving nothing but dismembered and eviscerated corpses. 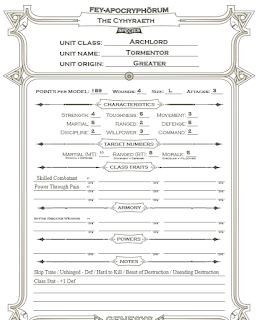 "The very air buckled around the creature...whatever we threw at it, be it musket shot or cannon ball, it grew stronger...it was our assured destruction..."

If the Paragon of the Cyhyraeth appears it signals the demise of all life around it. It's existence is a paradox, moving further away from death the closer it gets to it, the beings strength escalating with each cut of it's demonic flesh. The greatest hope of defeating the Cyhyraeth is to pray to whatever God you worship, that The Abyss does not manifest. 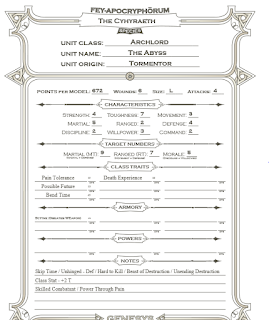